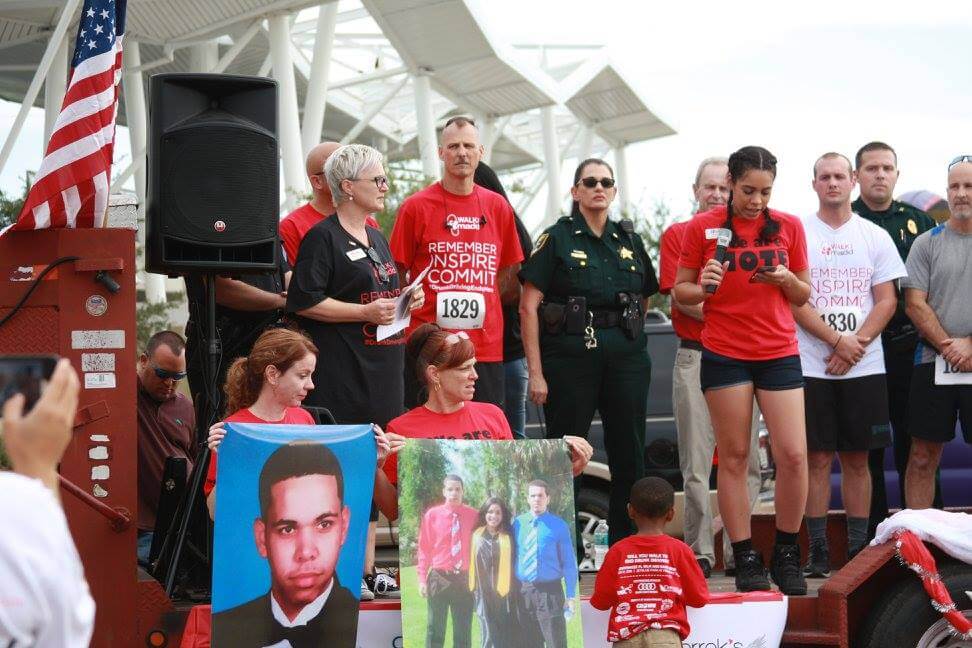 When people hear about Mothers Against Drunk Driving they typically associate the organization with mothers who are completely against alcohol but according to program director Lori Burke, MADD is about more than spreading the story of a mother who has experienced tragedy. It’s about making a change.

MADD, which has been in five counties in Florida for more than three years, is an organization filled with many different types of people who are fighting to put an end to drunk driving through awareness and proper precautions.

According to Burke, drunk driving is a problem that persists throughout Florida and even on campuses like FSW and FGCU.

Students who attend discussions with MADD have explained that the reason they partake in drunk driving varies, but she said that the most common reason was due to how much alcohol was consumed and the distance that students need to drive.

“What I’ve heard a lot is ‘We were literally at Gulf Coast Town Center, I am less than a mile away,’” Burke said. “But it’s statistical that most crashes happen within a mile of a person’s home and it does happen.”

Due to the fact that a lot of students are neglectful of the statistic, Burke explained that that was why MADD strives to partner with community groups that will help them spread the message.

“I think it’s important to start that conversation before your brain is too impaired to make the right decision,” Burke said.

MADD offers Victim Panels and open discussions where people can experience first hand the effect that drunk driving has on others.

“It creates that impact without being judgemental or blaming way, but it does give them the chance to hear the stories of others and their families,” Burke said.

The discussions also help educate the public about the costs and punishments of drunk driving and acquiring a DUI. 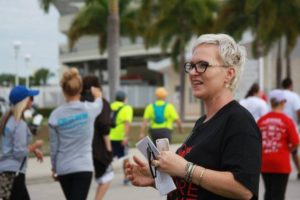 According to the Florida DMV, a DUI fine on average costs between $200 and $500 dollars for first time offenders before legal fees.

But Burke explained that with all the costs included, both repeat and first time offenders could look at fines anywhere between $800 and $150,00 depending on the circumstances.

A DUI which is classified as a misdemeanor in Florida could also put offenders at risk of having their licenses suspended, face jail time, or be subject to probation and community services.

“Knowing that, It would have been better to just get an Uber,” Burke said with a laugh.

Discussions about drunk driving are prevelent in MADD but so are discussions and work to fight for stricter punishment for first time offenders in Florida.

According to the Florida DMV, any second time offender of a DUI is subject to an Ignition Interlock which will prevent drivers from starting their cars without providing a proper Blood Alcohol Level.

And as of 2015, 28 states require an Ignitiom Interlock for all offenders.

“It’s like a breathalyzer,” Burke said. “It takes a picture of you as you blow into it, and the car won’t start if it detects an alcohol level.”

Members of MADD are fighting to bring this law to Florida where Burke believes more people would be off the road when drunk.

“In 2014, 1.8 million people had the ignition interlock, and when you think of how many people that is that’s not on the road, that’s pretty powerful.”

Another thing that MADD is fighting for is to have a bill passed that would prohibit drunk driving and enforce stricter laws.

The organization had tried to get a similar bill passed in 2016, but due to complications, it was rejected. Burke hopes that with more figureheads backing the cause, the bill will be accepted this year.

They will also strive to put on more events to raise awareness to the cause and help eliminate the taboo surrounding the conversation about drunk driving.

In 2016, one of the ways MADD brought awareness to SWFL was through the Walk like MADD event which marked the first walk that the organization had done.

“What we wanted to do was create an experience for someone in a really positive manner to show them what our mission was and why exactly it mattered,” Burke said.

The walk was dedicated to the younger brother of MADD program specialist Malaina Mote and others who came to share their stories about drunk driving.

“There were 181 walkers and runners and more than 220 people including honored guests, printers and volunteers,” Burke said. “It required a lot of time and energy to put on but it was definitely worth it.” 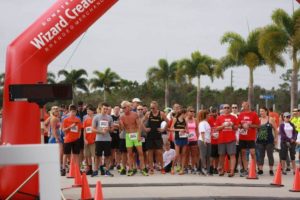 The death of her brother inspired her to take action against a persistent problem in Florida while also encouraging others to make a change.

Events like Walk like MADD help those like Burke and Mote reach families affected while educating the public and giving a face and voice to those who have been victimized by reckless decisions.

For the new year, both Burke and Mote expressed that they will continue their work and try to spread the word about MADD but at the end of the day, Burke said that MADD just hoped to encourage people to make the right decision.

“We wanted people to remember, inspire and commit,” Burke said, “Remember those whose lives have been lost, inspire people to take action, and commit to doing so.”

As for Mote, she said all she wants is for others to think about their actions before jumping into a car.

“Your car is a weapon. Would you put a gun in a psychopath’s hands? No. So you shouldn’t put a car in the hands of a drunk,” Mote said. “Just think about your actions because you never know who is going to be on the road.”

The organization is always open to volunteers and has partnered with FGCU students in the past.

This year, Burke said that interested students can look forward to internship opportunities as well as volunteer hours for those who want them.