New road might interfere with tortoise habitat on campus 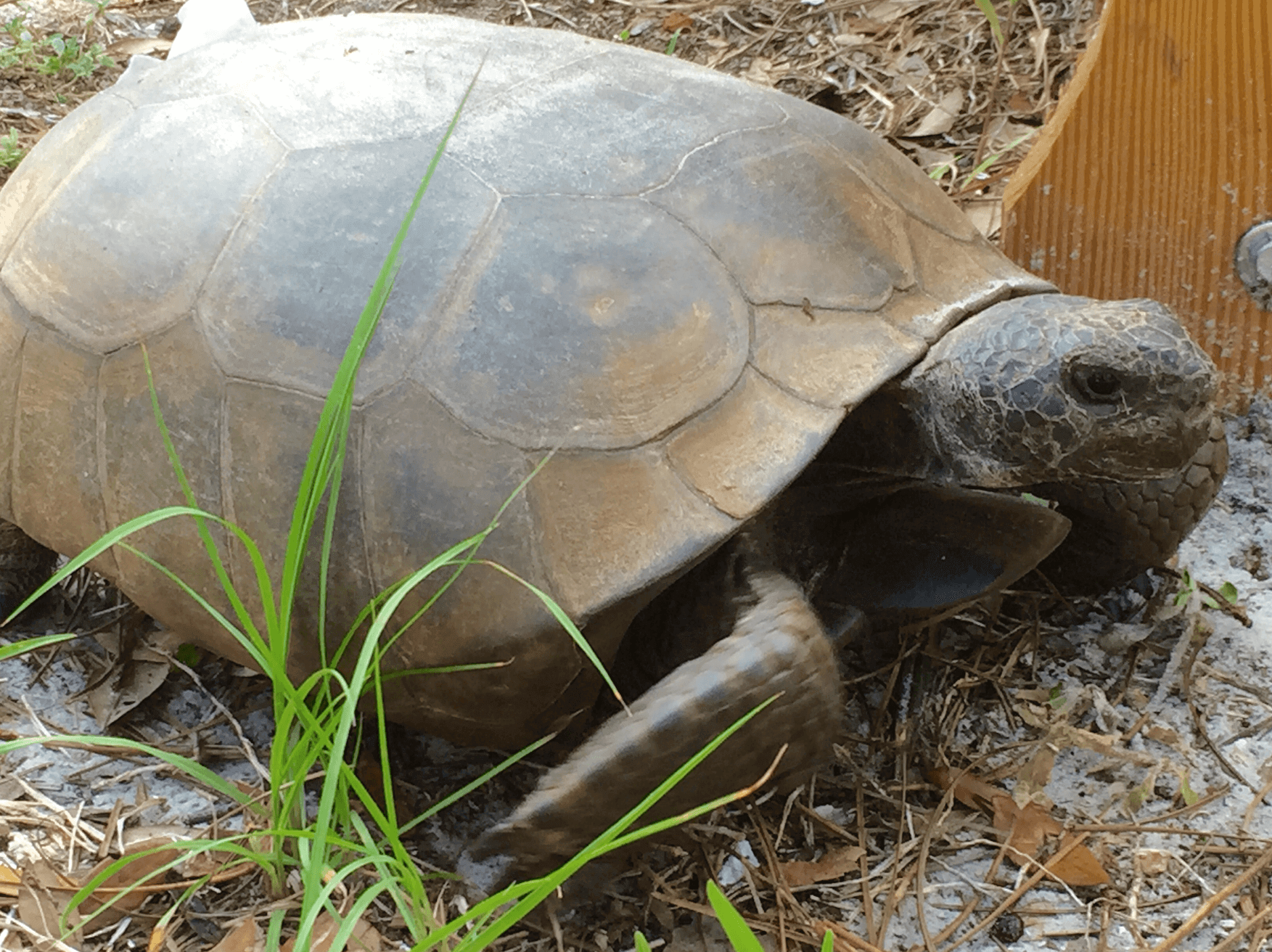 The Board of Trustees officially passed the creation of a new roadway that will lead from Ben Hill Griffin Parkway to South Village in December. However, this road will be paved over the campus’s main gopher tortoise habitat.

“The road isn’t for convenience, it’s a safety issue,” said senior Hcaz Korn. “Too many people live in one small area for only one entrance and exit. The school has grown, and with that access roads need to be added.”

Despite the fact that the road will give freshman direct access to their dorms to and from Ben Hill Griffin Parkway,  there are around 15 gopher tortoises living on the land that is going to be paved over.

The gopher tortoise, which is listed as threatened by the state of Florida, can be found throughout the state in pastures and forests. They are considered a keystone species due to the fact that they share their habitats with over 350 other species, according to the Florida Fish and Wildlife Conservation Commission.

According to an article published by WGCU, John Herman, an assistant professor of biology at FGCU, takes his students to the area around 20 hours every semester and studies more than just the gopher tortoises.

“The list is at 300 plus species that utilize gopher tortoise burrows,” Herman said to WGCU. “So, by impacting that one species, you’re actually impacting hundreds of others and they’re found right where that road will be coming through.”

Once the road is completed, Herman and his students will lose long-term data they have collected over the last few years.

Christina Bowley, a freshman communications major, chose to attend FGCU in part due to its ongoing environmental efforts and finds the plan for the new road disappointing.

“We’re losing that vision we once had,” Bowley said. “Driving an extra couple of minutes is worth saving a habitat for any animal. It’s time that we actually started making proactive decisions to protect our local wildlife.”

Freshman and athletic training major Allie Snyder believes that while the road would be beneficial to herself and fellow freshman, completing it wouldn’t be worth it.

“I don’t think they should destroy their habitat to make our lives easier,” Snyder said. “Yes the road would connect to SoVi and be quicker, but using the main entrance will get us to the same place without destroying their homes.”

Before moving forward with the project, FGCU has to wait for approval from the U.S. Army Corps of Engineers as well as permission from the Florida Fish and Wildlife Conservation Commission to remove the tortoises from the area and place them in a different environment.