Non-smoking policy will not be enforced on FGCU campus 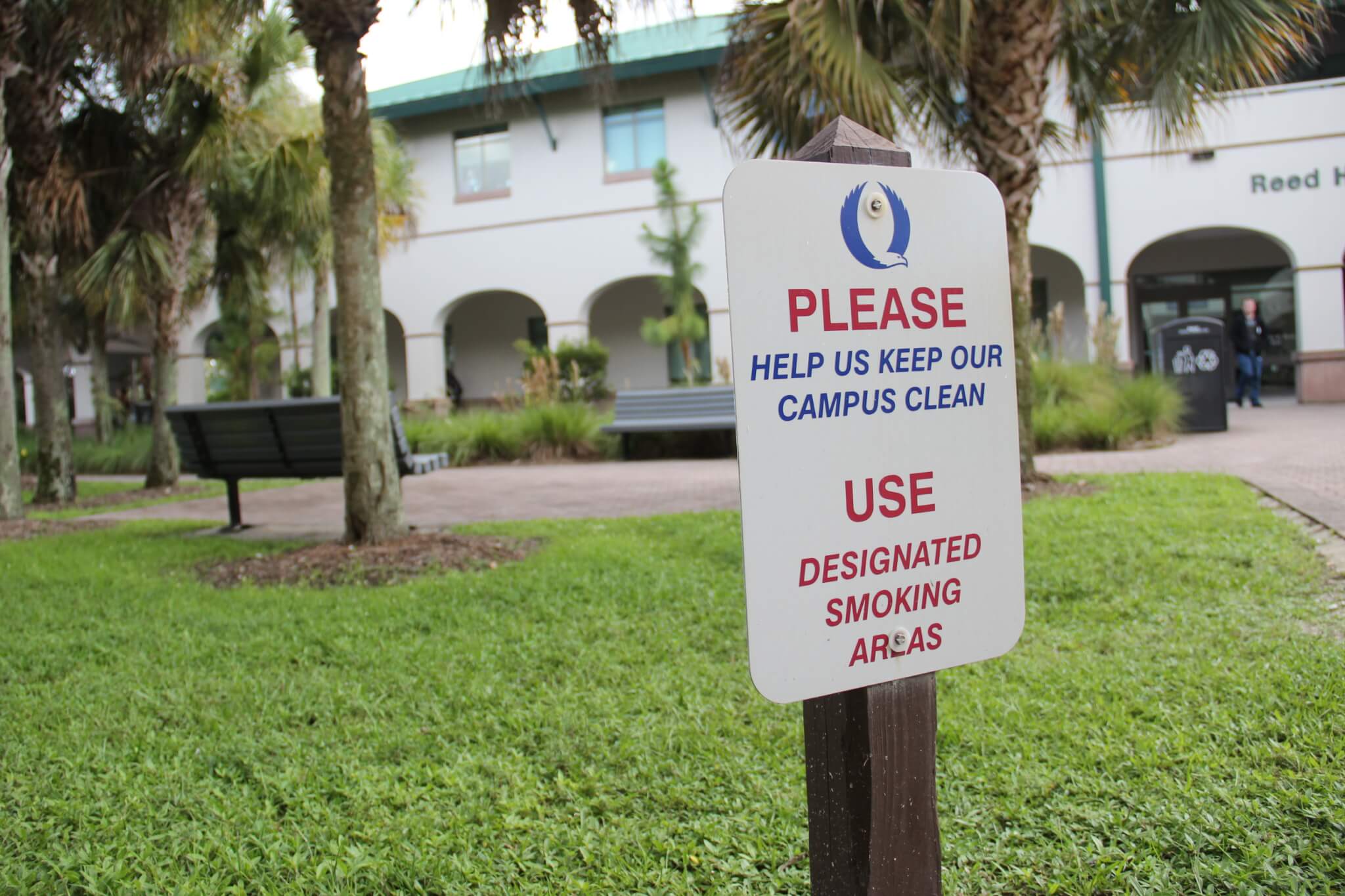 The new FGCU policy that will prohibit smoking on campus has no specific authority in charge of enforcing it.

At its Tuesday, April 19 meeting, the FGCU Board of Trustees approved amendments to the university regulation that prohibits smoking from indoor workplaces to all campus locations. The board’s action means the policy will soon be sent to the university community for public comment.

“UPD doesn’t want to be the smoking police,” said Jon Brunner, the director of the Counseling and Health Services and one of the co-chairs of the committee in charge of the Eagles for Clean Air initiative. “What we’re about is health and safety.”

The other co-chair is Mitchell Cordova, the dean of the College of Health Professions and Social Work. Both individuals were appointed by President Wilson Bradshaw.

“Imagine if you’re a smoker and you’re walking around campus and every time you take a step someone says, ‘Hey, we don’t smoke here,’ you’re going to eventually get the point,” Brunner said. “That’s the objective.”

Julian Montalvo, an FGCU student who smokes every day, thinks the policy is “overbearing.”

“In the real world, if you step outside of this campus, and you’re walking down the street and somebody is smoking a cigarette and you don’t like it, are you going to just approach them and say, ‘Put it out’? Montalvo said. “You can’t do that; it’s not a genuinely enforceable thing to do.”

According to the policy, there are certain consequences for people who don’t comply with the policy. Students can be disciplined through the Student Code of Conduct. Employees can face disciplinary actions, as well. Other individuals can be asked to leave the campus.

Brunner said the policy draft will be shared with the university community for public comment “fairly quickly.” Then, the community will have 10 days to read and comment.

Brunner said he wouldn’t have added a clause in the policy that prohibits individuals from smoking inside their cars on campus since he thinks the probability of someone knocking on someone else’s window and asking them to stop smoking is not very likely.

Negin Meshkati, an international FGCU student from Germany, said she supports the policy.

“I think it’s a good idea,” Meshkati said. “I think it will be better for the nonsmokers because of the smoking area — it still smells like it and you still inhale it when you pass by.”

Meshkati doesn’t smoke, but some of her friends do. She said she believes smokers will still secretly smoke on campus.

“I just think (smoking) is stupid,” Meshkati said. “Like, why would you smoke? I don’t get it. You’re constantly harming yourself. I think at this point you can’t influence a smoker if they don’t want to quit, they won’t do it. But this way at least nonsmokers don’t have to deal with it.”