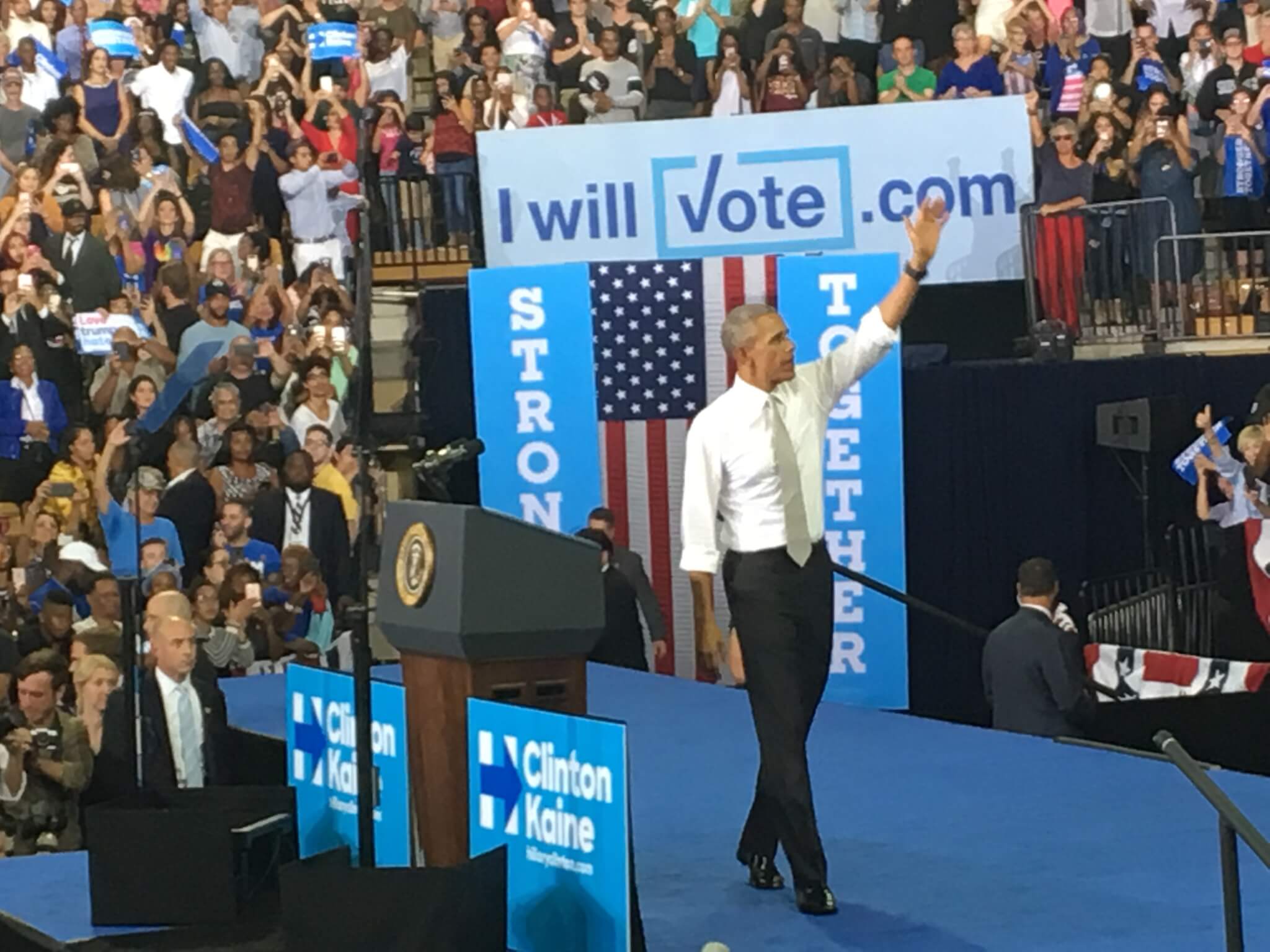 On Friday, Oct. 28, President Barack Obama spoke at a Sec. Hillary Clinton Campaign Rally at the CFE arena in Orlando. The president urged UCF students to get out and vote, not only for Clinton, but also for Patrick Murphy, who is running for the U.S. senate.

“It has been the privilege of a lifetime to serve as your president… but we’re not done yet,” Obama said. “I’ve got one campaign left in me.”

The rally began with an address from Sen. Bill Nelson. Nelson spoke on the relationship between his own family and the Clinton family, saying that the Clinton he’s seen will make for a prepared and competent president.

“Do you want somebody who completely flies off the handle, or someone who is prepared?” Nelson said, comparing Clinton with Republican nominee, Donald Trump.

Obama’s speech revolved around the improvements he’s seen in the country over the last eight years, citing the country’s increased use of alternative energies, the capture of Osama Bin Laden and the legalization of gay marriage.

“In almost every condition, we are significantly better off now than we were eight years ago,” Obama said.

However, the president also urged students to join him in the fight to elect Clinton, and said that the stakes could not be higher.

The president asked voters to not only come out for the presidential election, but also for congressional elections. He expressed criticism of the Republicans in congress, saying that, as long as they retain their refusal to compromise, nothing can change.

“She’s going to need our help,” Obama said. “I need you to vote, not just for Hillary, but up and down the ticket.”

The president said that the chance to shape history by electing the first female president of the United Sates is not a chance he is willing to let slip.

“This is not where it ends…it’s where it happens, with your vote,” Obama said. “If you want hope instead of fear, then you will elect Hillary Clinton as president of the United States.”