Oldest black fraternity in the U.S. comes to FGCU 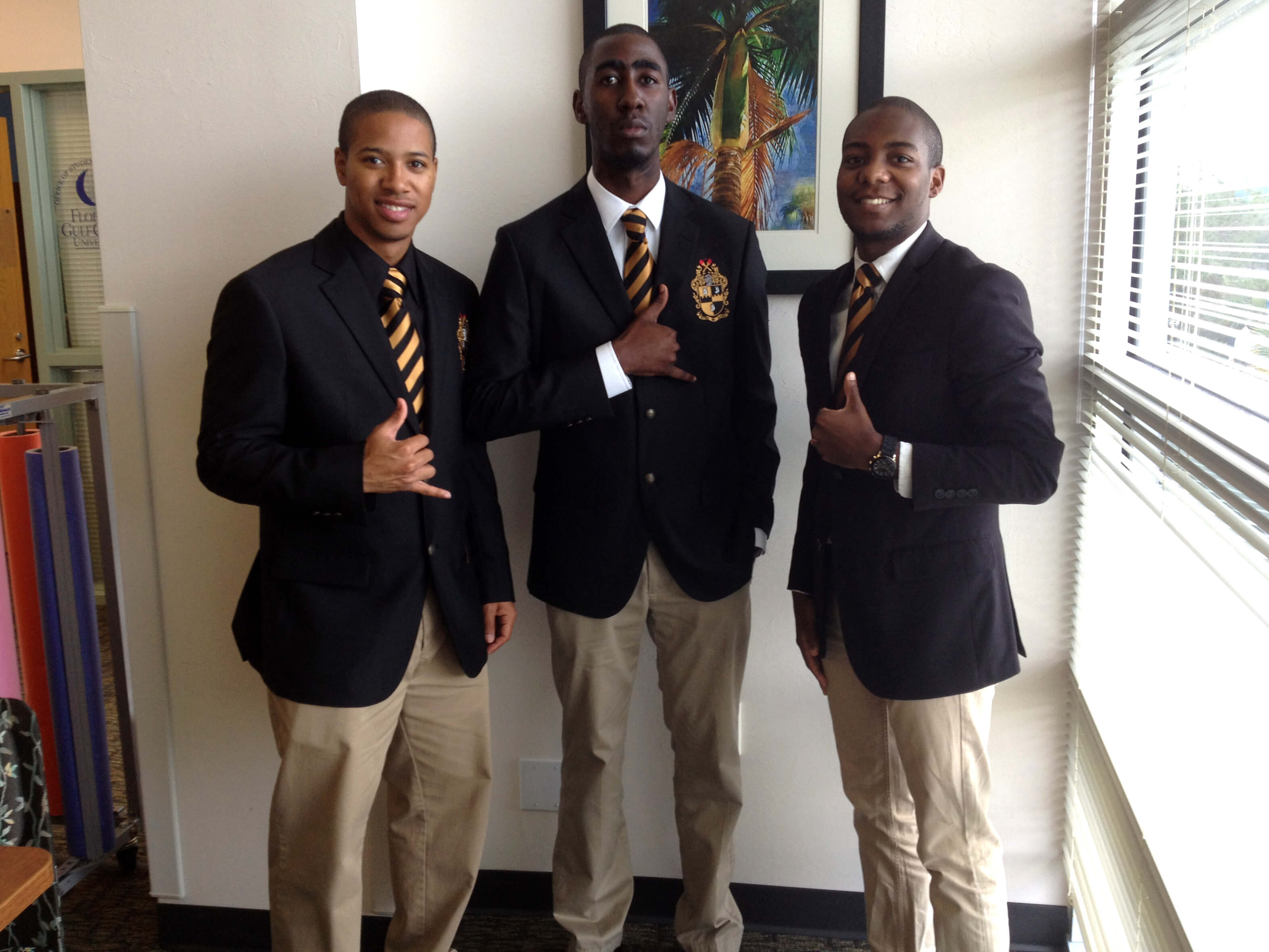 Young men at Cornell University laid the groundwork for their African American descendants through the bond of brotherhood in 1906. Alpha Phi Alpha became the first intercollegiate Greek fraternity established for African American men in the United States. Now, the fraternity has extended itself a new chapter, Upsilon Sigma at FGCU.

According to the Alpha Phi Alpha website, “Since its founding on December 4, 1906, Alpha Phi Alpha Fraternity, Inc. has supplied voice and vision to the struggle of African Americans and people of color around the world.”

The Upsilon Sigma chapter of Alpha Phi Alpha Fraternity Inc. officially became recognized as a fraternity by the National Pan-Hellenic Council at FGCU this fall.

Daniel Stallings, the chapter’s president, has emphasized the fraternity’s value of community outreach.

“We are here to reestablish the idea of service and working togetherness and brotherhood on this campus, for fraternities to not only look at themselves as social clubs or social entities but to take responsibility for their role in their class, and to make sure that the student body has proper role models to be able to identify work in the community with outreach in their hands in order to touch other people in the community,” Stallings said.

Stallings pinpoints areas of interest he thinks his fraternity will look to serve in the community.

“We’re going to be doing all forms of community service, whether it’s helping people learn to vote, whether it’s getting people through their high school experiences and scholarship applications or whether it’s just finding ways to tackle the regulations that we currently have on campus,” Stallings said.

Antwon Lindsey, a founding member of the Upsilon Sigma chapter, will graduate this fall, and he is confident the groundwork he helped create on campus will remain a foundation after he moves forward in his life.

“Especially with establishing a lot of organizational structure within the (Black Student Alliance), and then moving forward to be the chair of the Coalition of Black Organizational Leaders, my establishing the ‘I Am Divine Pageant,’ which is a diversity pageant that is for all students at FGCU, and I know that this will allow my brothers to see the leadership roles that I have taken on to establish that standard for them to not settle for anything less than diversity as well as scholarship,” Lindsey said. “I think they will be good with my examples.”

Anthony Hyatt, the campus adviser for the Upsilon Sigma chapter, said it took about two years to apply for a chapter and solidify a place for Alpha Phi Alpha at FGCU.

Hyatt went through the process of submitting a request to the Office of Student Involvement on FGCU’s campus then submitting an application to the national office at Alpha Phi Alpha. Then the fraternity brothers and Hyatt needed approval from the district, regional and national offices for a chapter on campus.

“So, it was a process of getting different regions to approve FGCU having a chapter of Alpha Phi Alpha here,” Hyatt said. “We have a wealth of history, of knowledge, of leaders within the organization who have trail-blazed a lot for our country. And, with students who want to join within Alpha Phi Alpha, not only will they be able to grasp a good network of people that are in different areas or within different fields of study, but they’ll be able to gain a good brotherhood as well.”

“I take pride in the men that have come before me and have established what I am known to become now, an Alpha man, and to uphold the dignified and structured beliefs and ideals that they held,” said Kevin Ho-Yen, treasurer of Upsilon Sigma.