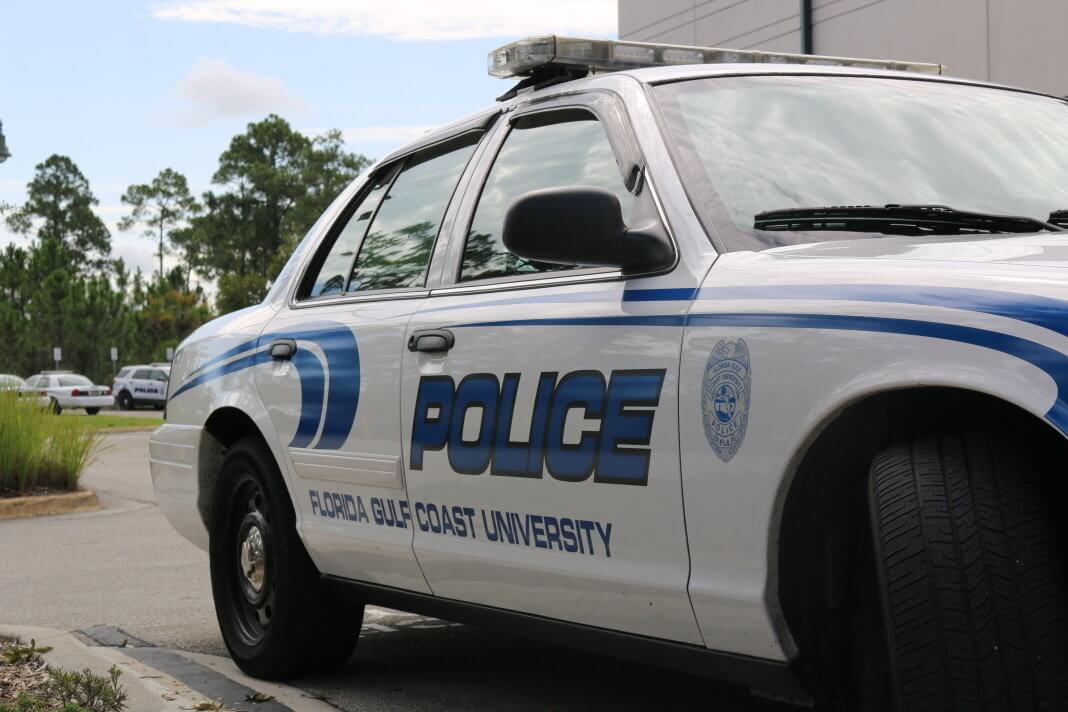 At 11:40 p.m. Tuesday, Oct. 18, a student called UPD to report a burglary in Osprey Hall. He complained that somebody trashed his dorm room while he was away. Housing administration was already on the scene. A burglary report was written.

At 9:21 a.m. Wednesday, Oct. 19, UPD responded to a call from a student, who reported a male student as having anger issues in Everglades Hall. She stated that they had been fighting until he locked her out of the room. She advised that she could hear him with a pill bottle. The male student texted her not to involve the police in the matter. He was transported to Gulf Coast Medical Center.

At 4:26 a.m. Friday, Oct. 21, UPD arrived to Palmetto Hall in response to a case of possible alcohol poisoning. The subject was an underage male student, who was acting in an aggressive manner. The student refused transport to a medical center but was left in the care of his girlfriend for the night.

At 3:45 a.m. Friday, Oct. 21, housing staff called UPD to North Lake Village to report a drunk student. The subject was being loud and vulgar, and acting aggressively. The male student was taken into custody and transported to Lee County Jail.

At 2:05 p.m. Friday, Oct. 21, UPD was called to the roadway in front of the tennis courts. A turtle was seen to be at a standstill in the middle of the roadway. Professor John Herman was notified and summoned to the scene.

At 11:41 p.m. Friday, Oct. 21, housing staff met UPD at North Lake Village with one subject in custody. The student was in possession of marijuana, weighing a total of 133.8 grams. Officers discovered paraphernalia owned by the subject. The male subject was taken to Lee County Jail at 3:42 a.m.

At 7:40 p.m. Sunday, Oct. 23, UPD was called to Parking Lot 7 after there were reports of a snake in the Arts Complex loop. The reports did not identify what type of snake, but the callers were worried that it may be poisonous. The snake was dead upon arrival of UPD. Officers moved the dead snake from the roadway.

At 3:24 a.m. Tuesday, Oct. 25, UPD transported a subject from Eagle Hall to Lee County Jail. Housing staff completed a search of a resident’s room, where a green leafy substance was discovered. The substance tested positive as marijuana and weighed 21.1 grams.