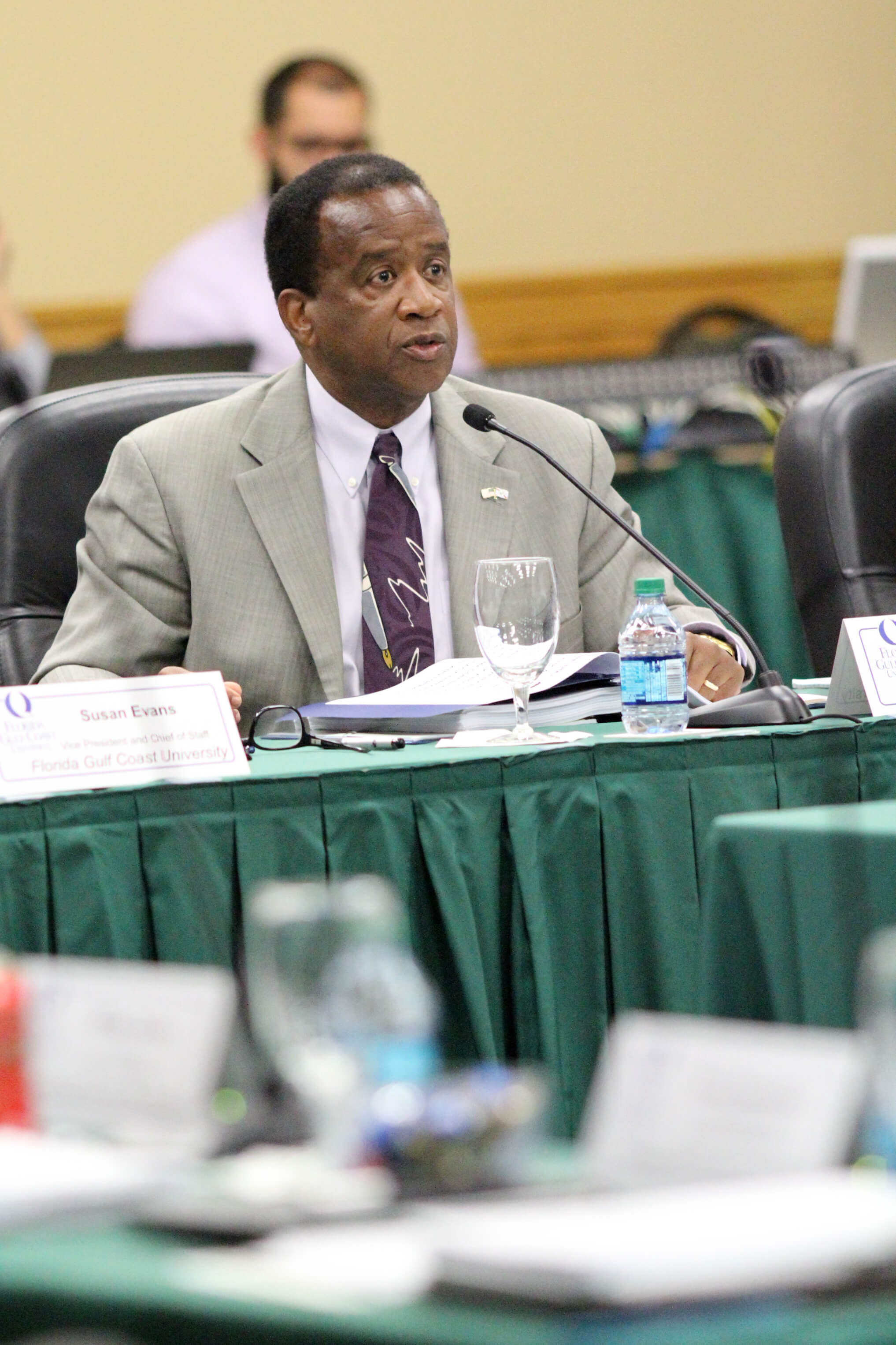 First year students who know Wilson Bradshaw as FGCU’s president, might have him as a professor starting in fall 2018. Bradshaw’s employment agreement, which he signed in 2007, says that upon Bradshaw’s retirement from the presidency, he will take a one-year sabbatical and then return for at least two years as a full professor.

FGCU’s chief of staff, Susan Evans, said the year off will be important to help Bradshaw prepare to teach again.

“He will have a period of time where he’ll have a sabbatical to prepare for returning to the classroom,” Evans said. “It’s been a number of years since he was a faculty member.”

Although Bradshaw has taught the honors program’s Lessons in Leadership course several times during his presidency, he said it has been about 15 years since he taught a course related to his discipline — psychobiology. Bradshaw said he is excited to work as a professor again.

“I went into higher education in large part because I love to teach,” Bradshaw said. “It’s something that was very rewarding, and I’m looking forward to doing it again.”

Bradshaw will become a professor in the College of Arts and Sciences. He does not yet know what he will be asked to teach, but he has experience teaching courses related to psychology and physiology.

During his first year as a professor, Bradshaw will earn 90 percent of the final annual base salary he made as president, and during the second year, he will earn 90 percent of that professorial salary. He will be eligible for the same raises that regular full-time faculty members are and will be given an additional fund of $5,000 each year to “support his legitimate professional scholarly activities, including professional travel, journal and book purchases, computer software, and the like.”