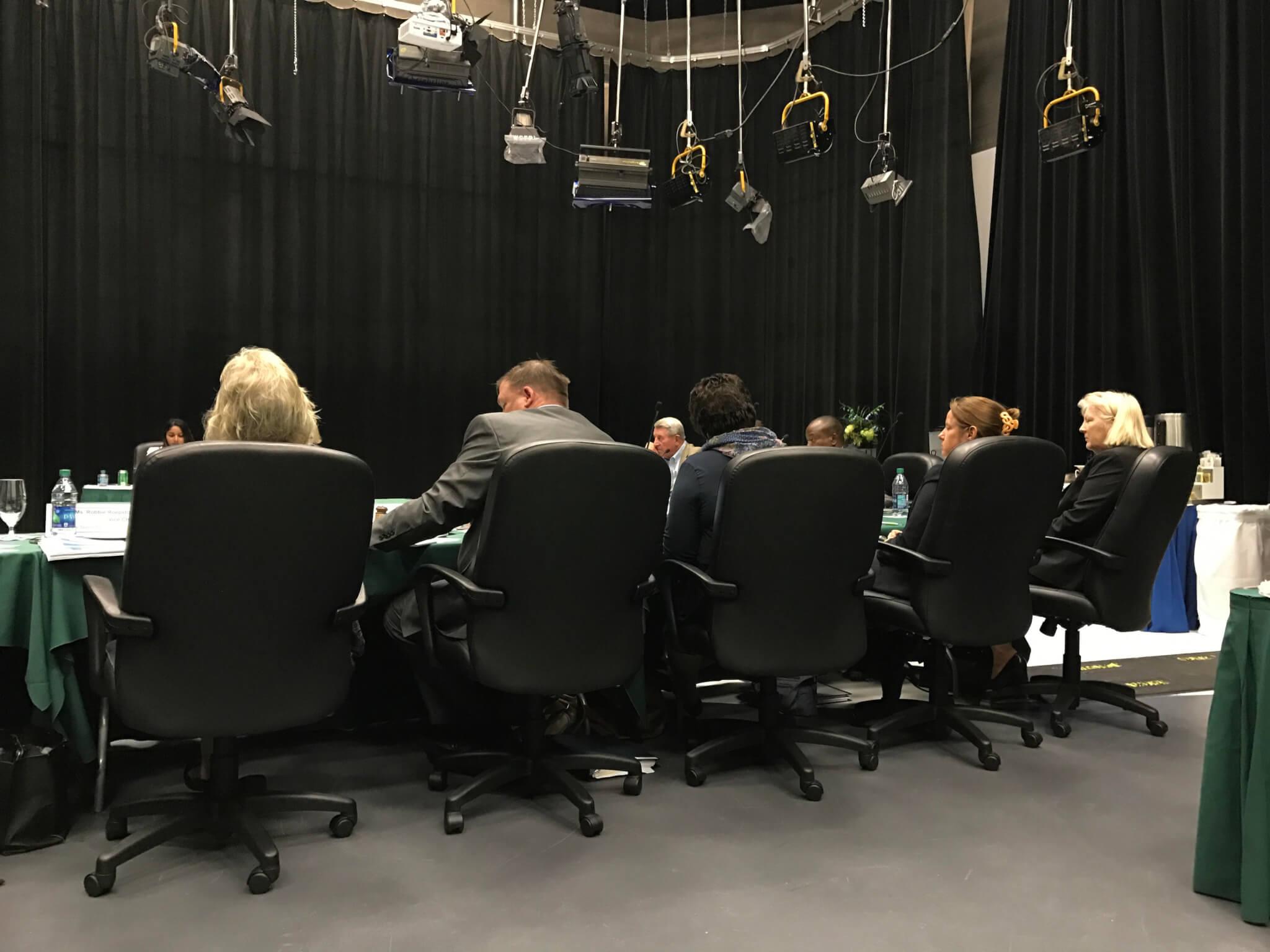 After two days of interviewing and hours of deliberating, the Presidential Search Advisory Committee has narrowed down the list of FGCU President Wilson Bradshaw’s replacement to two individuals during the second day of on-campus interviews with the candidates on Friday, Nov. 18.

Daniel Heimmermann and Ken Harmon are the only two left in the running.

The committee, who planned to interview ten applicants but ended up with eight after Virginia Hardy withdrew her application on Wednesday, Nov. 16 and Roderick McDavis withdrew his on Friday, Nov. 18, voted to advance Heimmermann and Harmon after thoroughly discussing the remaining five candidates.

Other members were impressed with Harmon’s presence during his interview.

“I think no matter what role you’re in, he’s someone you want to listen to,” College of Arts and Sciences dean and committee member Robert Gregerson said about Harmon. “He fills up the room with his personality.”

The second day of interviews lasted much longer than originally planned, because committee members voted to advance two candidates rather than three.

According to the Board of Governors’ Regulation on Presidential Search and Selection, “the search committee is required to submit more than two qualified applicants to the board of trustees for consideration, other than in exceptional circumstances, making fulfilment of this required infeasible.”

After much deliberation, BOT Chair Dudley Goodlette asked the committee to go forward with the two candidates, despite needing another.

In an email sent by Susan Evans to students, faculty and staff, Goodlette will contact the BOT to determine if the last minute withdrawal of Hardy and McDavis count as “exceptional circumstances.”

“We will continue to keep you posted,” Susan Evans said in the email.