Sanders endorses Clinton, with one common goal in mind 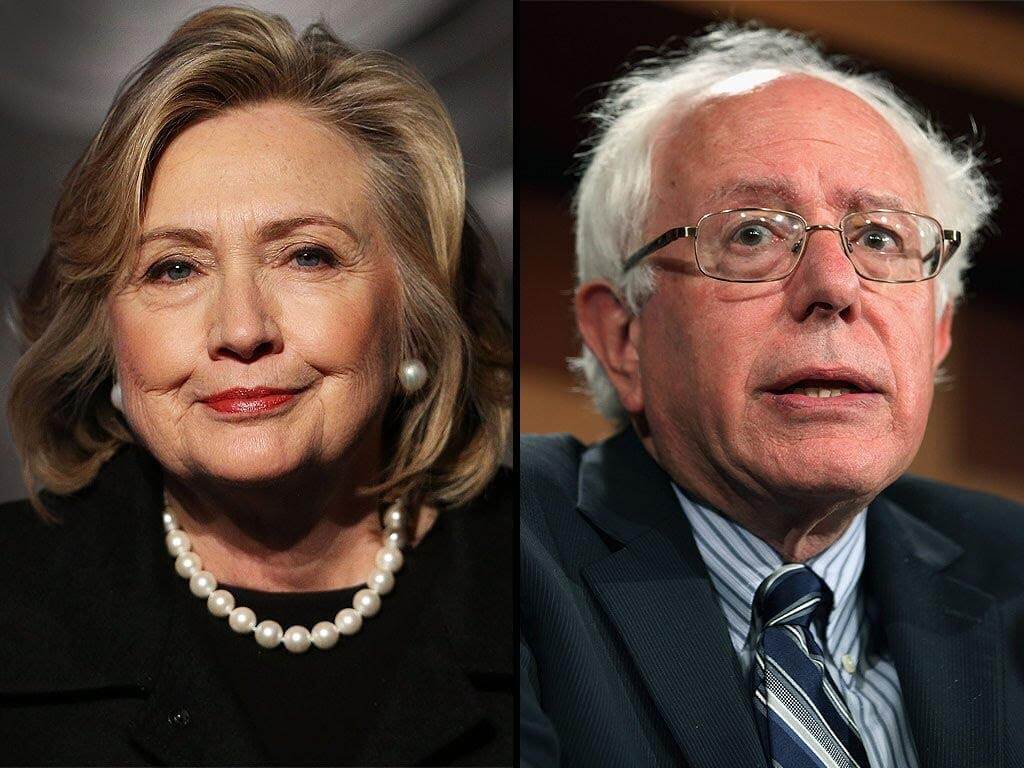 Seeing is believing, and as citizens of the United States, we have seen a lot of change over the past year. As the presidential campaign began, those courageous enough to run for the most criticized position in the country began their journey.

We saw a sexist, racist, prejudice and incompetent billionaire rise to the top of the polls, beating out the 12 or so other Republican candidates. As the presumed GOP nominee, he has taught us that one can win elections by playing into the lowest demeanor of individuals.

We also witnessed a neck-and-neck battle between former Secretary of State Hillary Clinton and Bernie Sanders, which was close until the very end. That end came on July 12 when Sanders endorsed Clinton as president.

Although Sanders made it clear that he will support Clinton in this year’s election, it was a bit awkward onstage, due to the fact that Sanders isn’t happy about where he finished. Millions of young voters expressed their anger toward the endorsement through social media. They aren’t happy that Sanders has “given up” before the Democratic Convention on July 25, in which there was a small chance he could sway enough super delegates to support him, thus giving him more than Clinton. Regardless, this didn’t happen. And, the endorsement not only ends Sanders’ campaign, but it also sends a very strong message to the American people.

Let’s look at both political parties. A year ago, the Democrats had three candidates running for office. Although they all had different ways of getting to the common goal of helping the middle class, all three candidates agreed on many issues that promoted peace, equality and rights for woman, homosexuals and all races. There was more agreeing than disagreeing, and this helped show stability within the party because they all had one common goal.

As for the Republican Party, this past year has been a catastrophe. Over 12 people ran for office, all trying to shove each other out of the spotlight to get their point across. There were lots of disputes and lots of arguing during debates over issues that concerned peace, equality and natural rights. Most ideas shared did not promote these things, and the arguing and fighting showed that there was no stability within the party, with a common goal nowhere in sight.

Sanders is endorsing Clinton, which is great because that mutual agreement toward a common goal is shown. In fact, I don’t think there are any Democrats in office that are against endorsing Clinton. This exemplifies that the party agrees with one another on many things, and even though they may have different ideas, they are willing to compromise.

In contrast, the Republican Party members are stomping around and complaining about how they don’t like their presumptive nominee. Countless individuals in the party have blatantly stated that they can’t support the nominee. This instability should be scary for the American people. Why should people vote for someone that isn’t even supported by their own political party? When will people realize that instability is what got America in a recession in 2008, after a Republican president took office?

Anything that is not stable has a horrible ending. Compare America to an apple seed. If a seed gets a stable amount of water and sunlight, it will grow into a giant tree, one that can sustain itself for a very long time. Compare this scenario with one in which a seed is inconsistently taken care of; the seed will not grow, and a new one will have to be planted over and over.

Citizens of the United States have a choice to make. These next few months are going to be monumental, as a lot of information will be exchanged between both sides. Do we want a leader who believes in racism and bigotry? One who comes from an unstable party and believes that woman have no rights and points fingers at certain groups of people after horrible events? Sounds like we would be going backward in time.

Or, should we elect a leader who believes that we can be stronger as a nation if we come together and work to achieve the goal of being a prosperous nation through affordable education, acceptance of those who are different and understanding that we are all American and we must unite to fix our nation?

Sanders has seen a lot through his days, and he believes in an America in which all people are united toward a common goal. That’s what he has demonstrated and what the Democratic Party as a whole as shown.

See for yourself, and maybe, you will start to believe that our apple seed can become an extraordinary tree, if we choose for it to be.