A place renowned for making the hopes and dreams of its students possible opened its doors this past Saturday, Feb. 25, to help grant wishes for children of Southwest Florida.

This past weekend, FGCU hosted the Make-A-Wish Foundation’s Seventh Annual Walk for Wishes, a 5K walk/run at FGCU’s recreation fields. Walk For Wishes is a nationwide Make-A-Wish fundraiser that has already granted roughly 270,000 wishes.

The walk around FGCU Boulevard began at 8:30 a.m. as participants took off from the starting line. UPD was stationed around the campus circle to ensure the safe flow of regular university traffic as well as stations manned by the local Boy Scouts with cups of waters for the runners.

Teece, who first became involved with the organization two years ago after volunteering and then becoming a wish-grantor, said she has a friend back in Massachusetts whose sister’s wish to meet “Stone Cold” Steve Austin, the former WWE champion, inspired her to take action.

“We were very, very close friends,” Teece said. “So when this opportunity came up, I thought back to that moment and how that family and my friend were effected, and I just couldn’t say no.”

Patrik Kiraly, who was born in Hungary and raised in New York, participated in the walk as a member of team Publix. The employee at the store in Cape Coral said he had only heard about the event a few days before it was set to take place, but as soon as he did hear, he knew he had to participate.

Sponsors for the walk/run setup tents on FGCU’s recreation fields to handout prizes and free giveaways.

If you were unable to attend, there will be another walk on Oct. 14 at the same location. 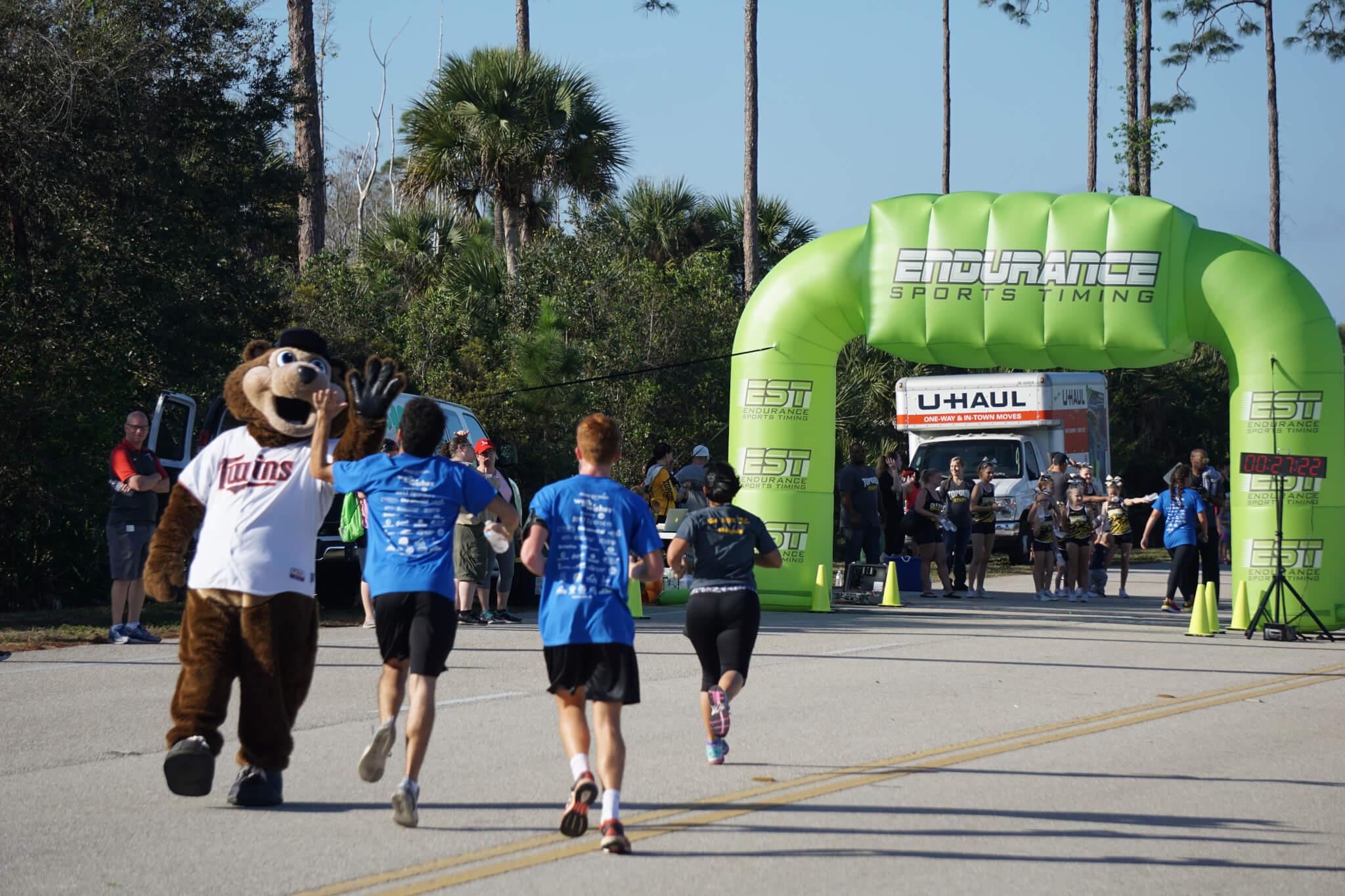 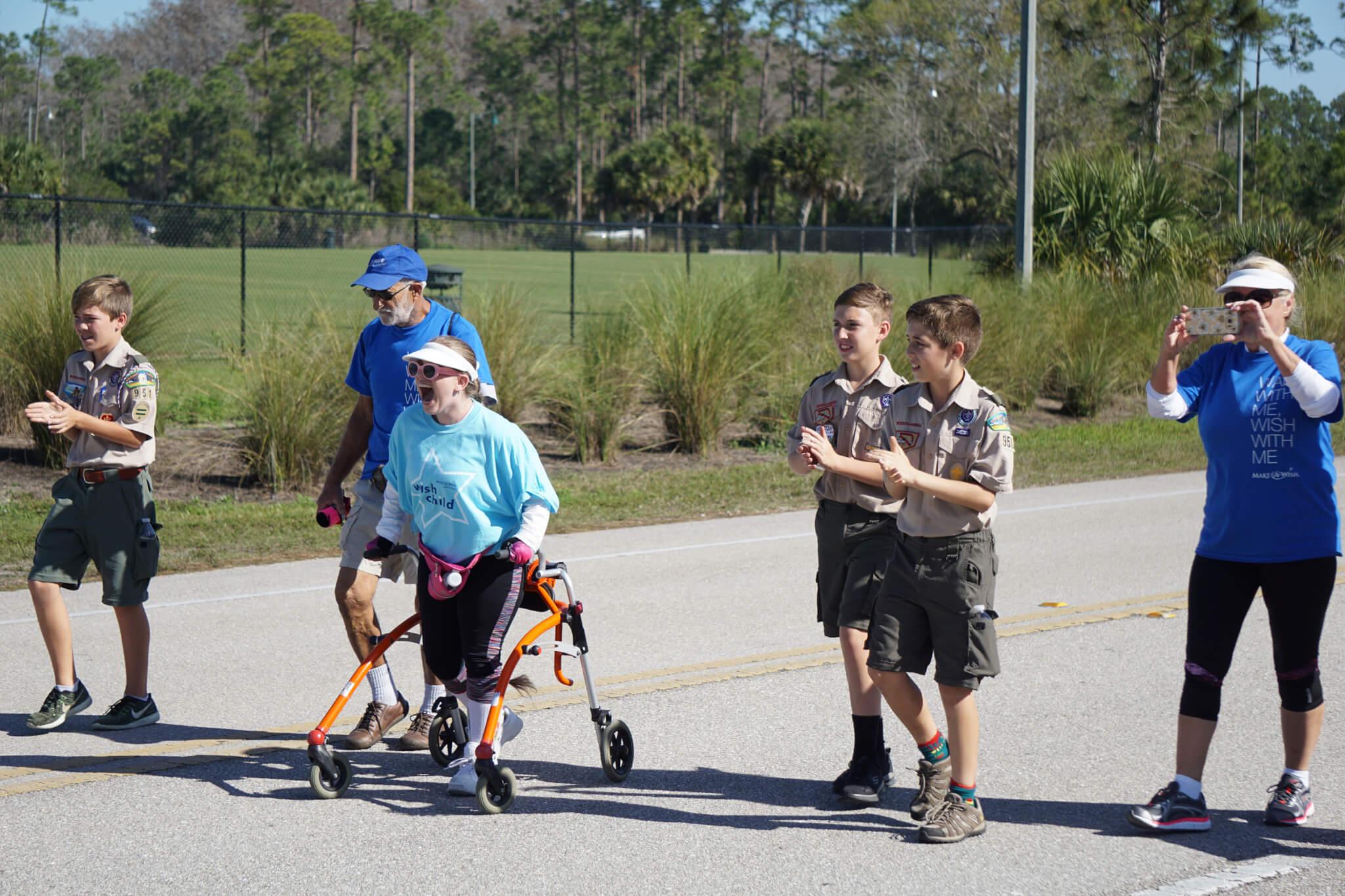 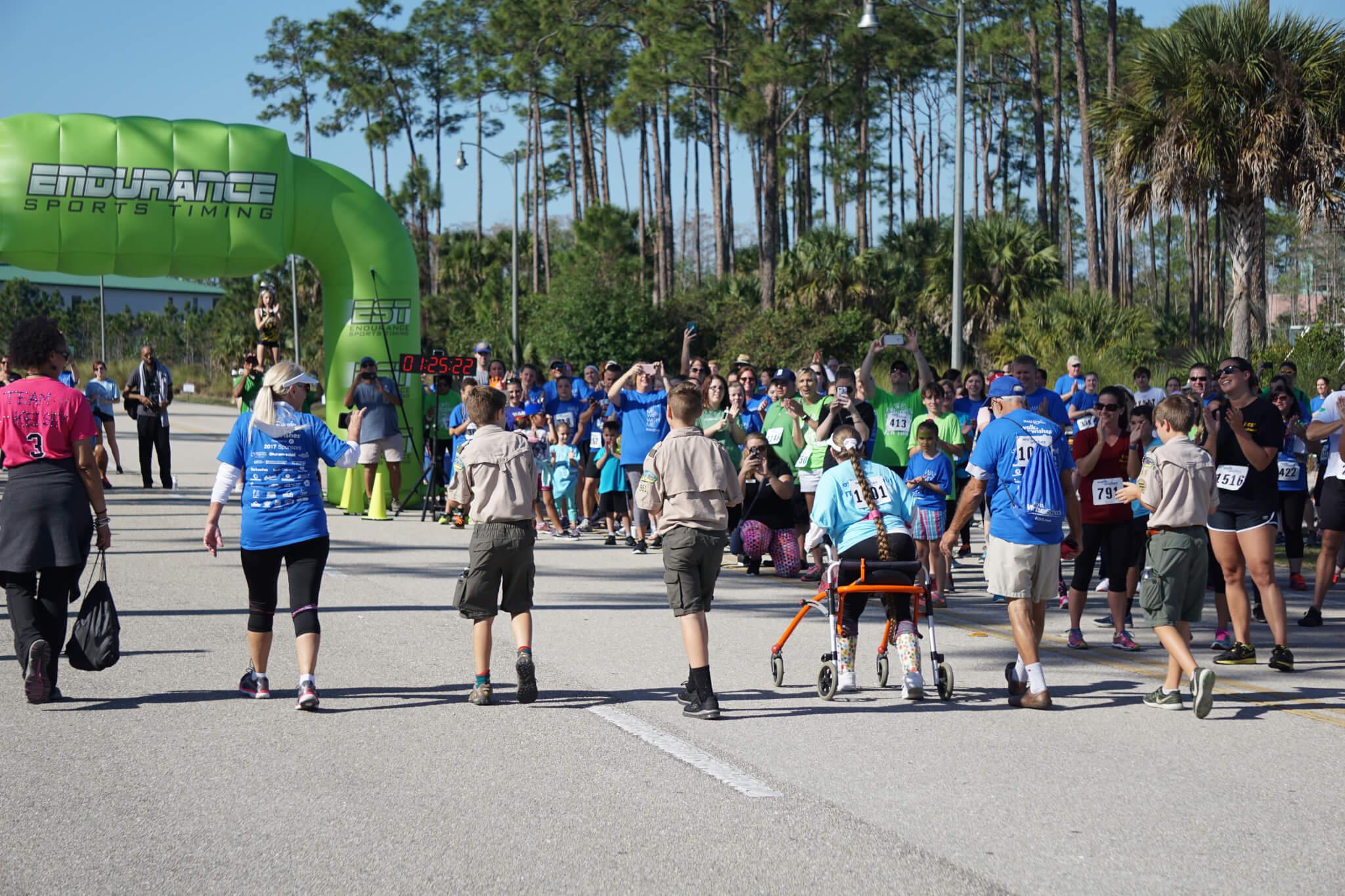