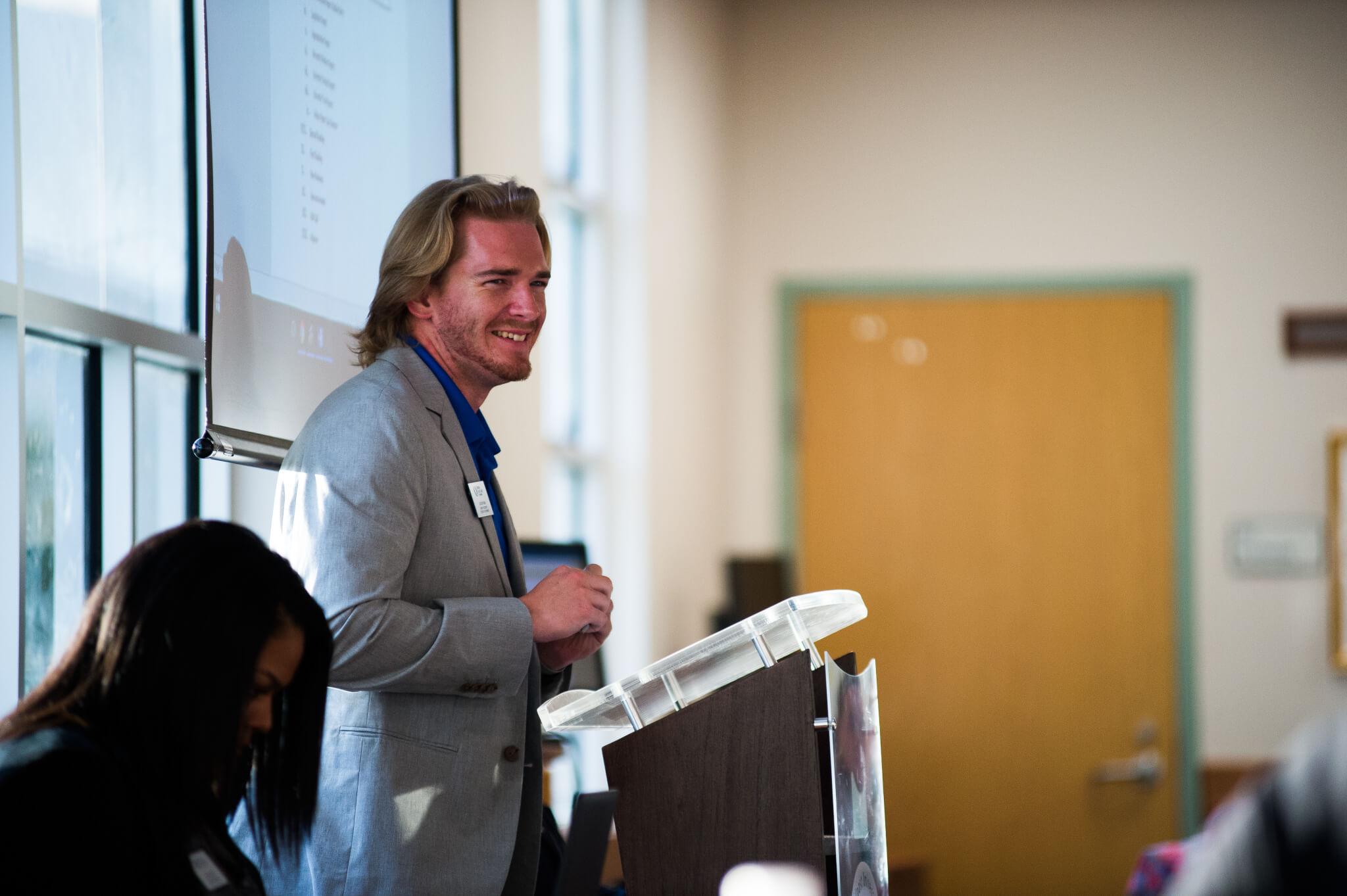 Early in the meeting, Student Body Vice President Emmalyn Green presented a promotional video encouraging homecoming to the Senate, featuring members of SG as well as members from Programming Board and other student organizations.

After the presentation of several new bills, including money for a singles Valentine’s Day event hosted by A Step Ahead Program, and the allocation of funds for operations and events of Gay-Straight Alliance, the Senate heard the first reading of a new bill that would call for a Homecoming Week on campus. The idea was first brought up in the April 12, 2016 Senate meeting.

Secretary Jalisa White presented the bill, which is sponsored by SG and cosponsored by the Programming Board, who would support the event as well.

It would include funds for events for the deemed Homecoming Week as well as many activities and a featured Alumni Weekend.

“I think this would be a really good thing for us to fund,” White said in her closing statements, “we can say that we started the first homecoming.”

Of the requested funds, $13,000 will be reserved for a fee for an artist, $5,000 will be spent on production fees for a Spirit Day and another $3,000 for catering for an event titled “Evening Under The Stars.”

In addition to money reserved for a DJ, inflatables and security, $3,500 would go to promotional T-shirts.

“For us to make sure it’s right,” White said when speaking about the price, “I think it’s important to jump through those hoops.”

SG will vote on whether to fund the homecoming event during their last meeting of the semester on Nov. 29.

“It’s something that is missing. It’s 2016 and about to be 2017. We have no homecoming and no weeklong traditions,” said Jae Littles, Director of Student Relations. “It brings alumni in, too. It’s really a whole past and present brought together to define what FGCU is and supposed to be.”