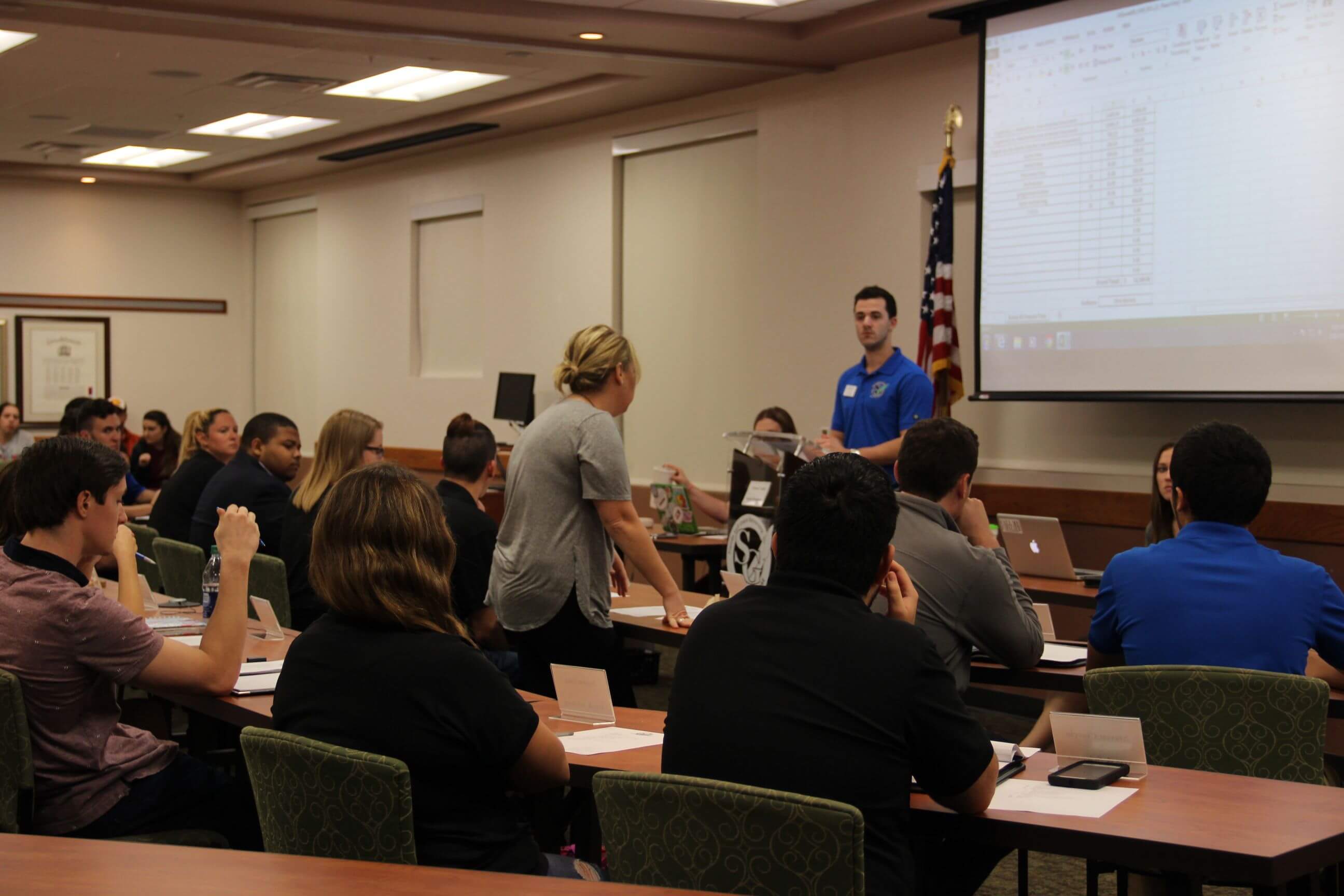 Only minutes before bill sponsor and club member Sen. Rachel Whitaker, entered the bill to the Senate floor, she was informed by Assistant Dean of Students Julie Gleason that SG is not allowed to purchase medication. (EN Photo/ Juan Reina)

Global Medical Brigades, an FGCU RSO that distributes medicine to developing countries, was denied medicine by SG at the senate meeting Tuesday night. The group planned to use money from SG to purchase three boxes of medicine and supplies for its upcoming trip to Nicaragua in May 2016.

Only minutes before bill sponsor and club member Sen. Rachel Whitaker, entered the bill to the Senate floor,she was informed by Assistant Dean of Students Julie Gleason that SG is not allowed to purchase medication.

Whitaker is planning to attend the trip among 57 other members. Whitaker notified attendees at the meeting that due to a university rule, SG is not allowed to fund the purchasing of the medicine listed on the bill. After removing the medicine from the requested items, the bill funding dropped to $1,336 from almost $12,000 and the bill passed.

Members of GMB that attended the SG meeting were suprised by the sudden change. They were not notified of the changes before the meeting.

“I’m very disappointed of the outcome of this bill,” said Elvis Barrera, the GMB president. “The information that was relayed to me tonight was never told to me prior.”

Rachel Walter, a senior and the vice president for GMB, said that without funding for medication, the club will be unable to go on the trip. Unless an outside party can provide donations or members can raise enough money, they will not go to Nicaragua this year.
“Getting donations is hard in itself,” Walter said. “Getting medicine donated is even harder.”

If the bill had been passed including the medication, the cost to each member to attend the trip would have been around $600. Now, the cost will be about $800 per person.

Last fall, GMB entered the bill to the Senate floor, but it was shut down because several senators were concerned it broke the finance code since the medicines would not benefit FGCU students directly.

During the first reading of the bill Feb. 9, Sen. Whitaker brought a letter addressed to SG Senate from the FGCU Environmental Health and Safety Director Rhonda Holtzclaw.

“We have no problem with this initiative,” Holtzclaw wrote in the letter.

Barrera created a petition and got more than 100 signatures from the student body that requested SG to pass the bill; the petition was also brought to the first reading of the bill.

“I went through a lot of things to try to get this bill passed, and everything was there,” Barrera said. “Granted, yeah, it might not be their fault, but it’s their fault for not telling me.”

Whitaker, who has been working with the bill for about a month, isn’t exactly sure who decided that medicine couldn’t be funded. Nevertheless, Whitaker said she is excited that it passed.

“There’s something that’s above senate that’s not in our finance code,” Whitaker said. “I’m not exactly sure what the rule is, but it says that the university is unable to purchase medication.”

Walter said she’s happy that some items that were not taken off the bill, such as doctor fees and t-shirts, were passed, but is worried that her organization wasted time pushing the bill.

“If we knew this would have not passed ahead of time, that would have been great,” Walter said. “We would have had more time to prepare.”