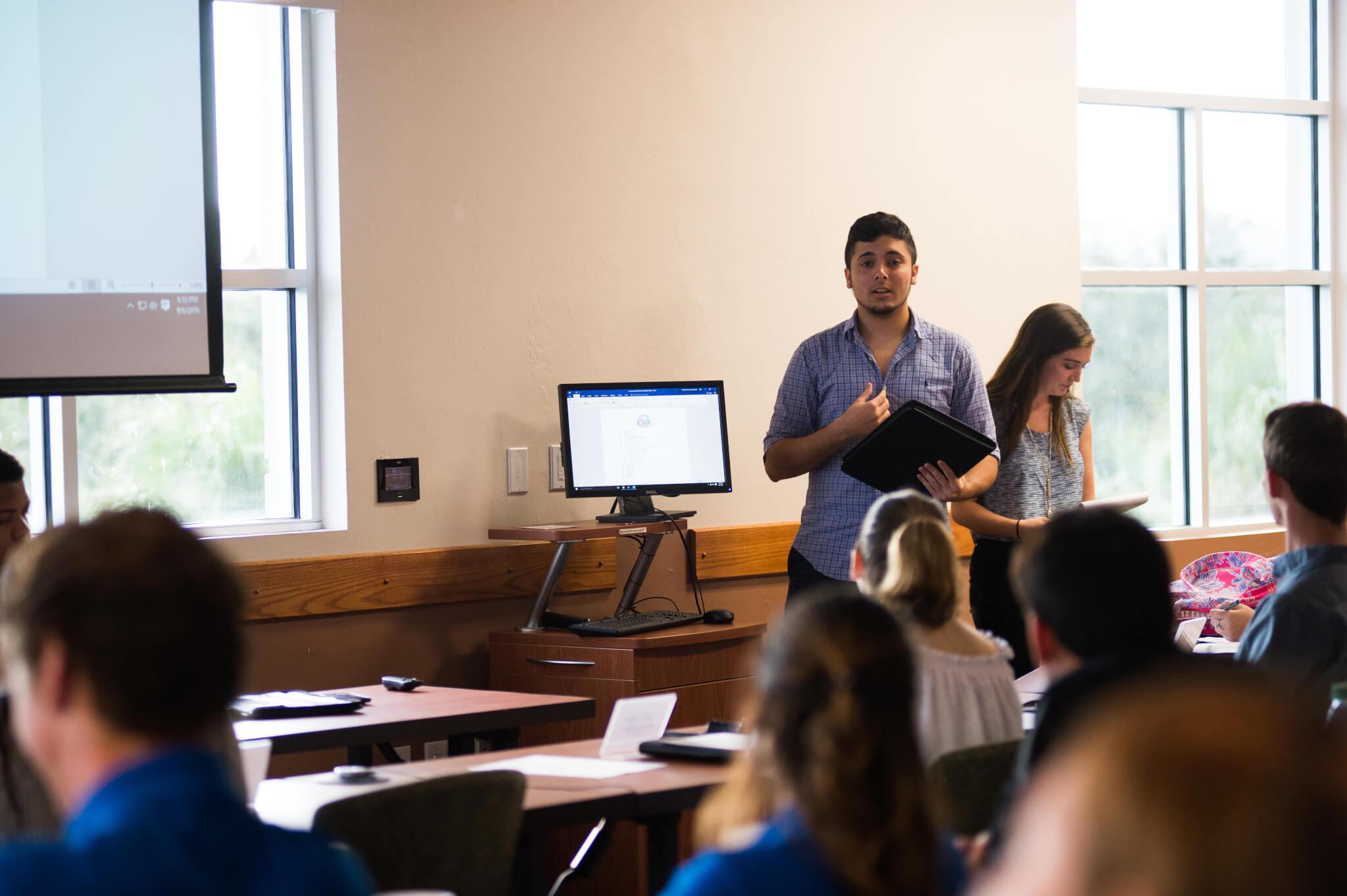 After removing Bradley Berry from the position of Pro Tempore, FGCU Student Government Senate held a vote as to who the replacement would be during their Tuesday, Oct. 18 meeting.

During the Tuesday, Oct. 11 meeting, Senator Miguel Castro motioned to have Berry removed. Almost immediately after the Senate opened to nominations, Senator Emily Leyva was called to present.

Leyva proceeded to give a presentation outlining her involvement at FGCU, highlighting Greek involvement and her maintained sense of professionalism.

She went on to talk about respect, in reminiscence of last week’s dismissal of Berry, said, “This is something that this position needs.”

“She has the experience of leadership through her school involvement,” said Gardner.

Roll call vote emerged after a short discussion in support, with the Senate voting unanimously in favor of the nomination.

“It’s an amazing opportunity,” Leyva told Eagle News. “I’m always looking to grow and develop myself in any way possible with the community.”

After the new Pro Tempore was chosen, members of the Senate voted on three bills in second reading and heard two bills in first reading.

First, SG reviewed and voted in favor of a bill from Students Interested in Student Affairs allocating approximately $1,400 in support of a roundtable event opening up opportunities for student involvement.

SG also passed bills for a guest speaker and event for Students for Sensible Drug Policy. The speaker will be flown in from Washington D.C. to speak and educate about medical marijuana.

Finally, the senate voted to allocate over $8,000 to fund an internship opportunity for students to spend 65 days in Tallahassee working with lawmakers.

“I feel like if we have two interns working up there, that would get our voice out,” Castro said about the bill.

In addition to the experience of working with lawmakers, this would also give students the opportunity to network. The bill went on to pass.

A bill regarding the Catholic Student Organization and request for funding was tabled and postponed until next week to be voted on, when bills from Eagle Radio, A Step Above Perfection, and Aquila Student Research Journal — a journal which gives FGCU students the chance to publish their research — are brought to vote for the allocation of money as well.