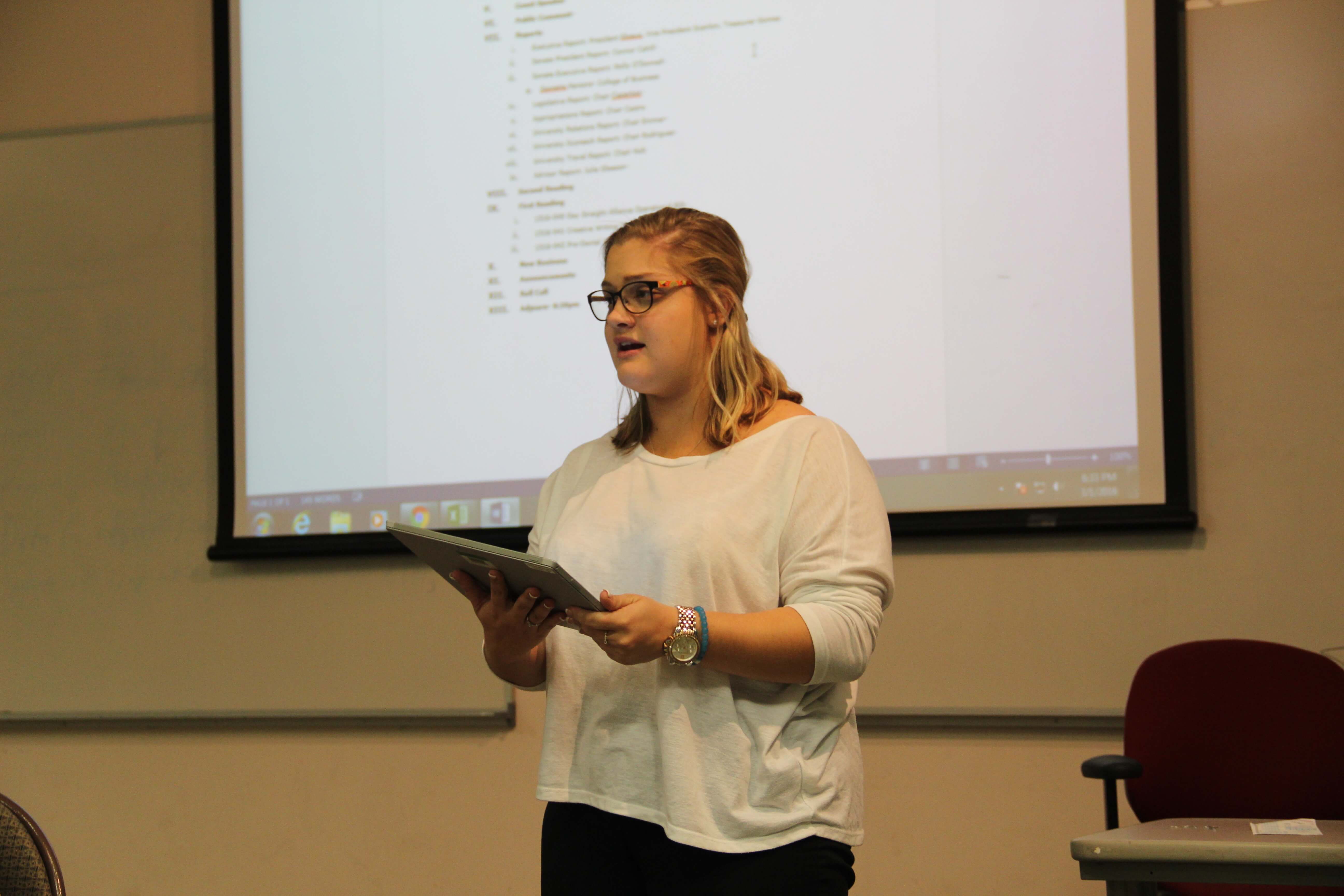 Despite the fact that the majority of Student Government senators didn’t attend the last senate meeting Tuesday, March 1 before the new representatives are chosen, the members who did attend reviewed the last three bills for the 2015-16 year.

The meeting was held in Edwards 112 due to the fact that the usual location, Cohen Center room 247, was being used for voting.

The initial bill — introduced in first reading — was the Gay Alliance Operational Bill totaling $6,838. GSA, a registered student organization which focuses on catering to LGBT students and allies, requested the money for food for events, decorations, a rainbow flag and shirts for members. The bulk of the money that the RSO asked for included $1600 in speaker fees and $1,000 in catering fees for a speaker event that will be held later in the semester.

“This is a great organization,” said Ivan Rodriquez, the SG university outreach chair. “They are a large organization that have a lot of members.”

“They do a lot for the community and the university,” Rodriguez said. “I think it’s an amazing cause that we should all get on board with.”

The Creative Writing Club bill was introduced next. The CWC, which is an RSO that focuses on promoting the members’ creative writing interests and improving their skills, asked for $1,815 to hold a writing workshop with author Katherine Riegel.

“They think the mini-conference will be a good way to get more money,” SG senator Michael Rybak said.

The organization will be partnering with Sigma Delta Tau, an English honor society on campus, for the event. If the bill passes, the money will be used for transportation and hotel fees for Riegel. The bill, which calls for money to fund Riegel’s three-night stay at a local hotel, was the cause for some controversy over why three nights were needed.

“Having worked with speakers in the past, having them three nights in a hotel is a bit excessive,” SG pro tempore Molly O’Donnell said. “We need to be fiscally responsible.”

Other senators believed that, if passed, the bill will be beneficial.

“I don’t really have an issue with the bill as long as they promote it well,” SG senator Jason Finan said.

The last bill introduced on first reading was the Pre-Dental Society Bill. The RSO asked for $754 worth of t-shirts, a table throw and Jason’s Deli catering fees.

“Look forward to that,” Scanlon said. “That will be very exciting.”

During the senate president report, SG Senate president Connor Cahill reminded senators that there is no active campaigning allowed in senate chambers. During the outreach report, Rodriguez stated that SG will continue to discuss the possibility of concealed carry on campus after spring break.