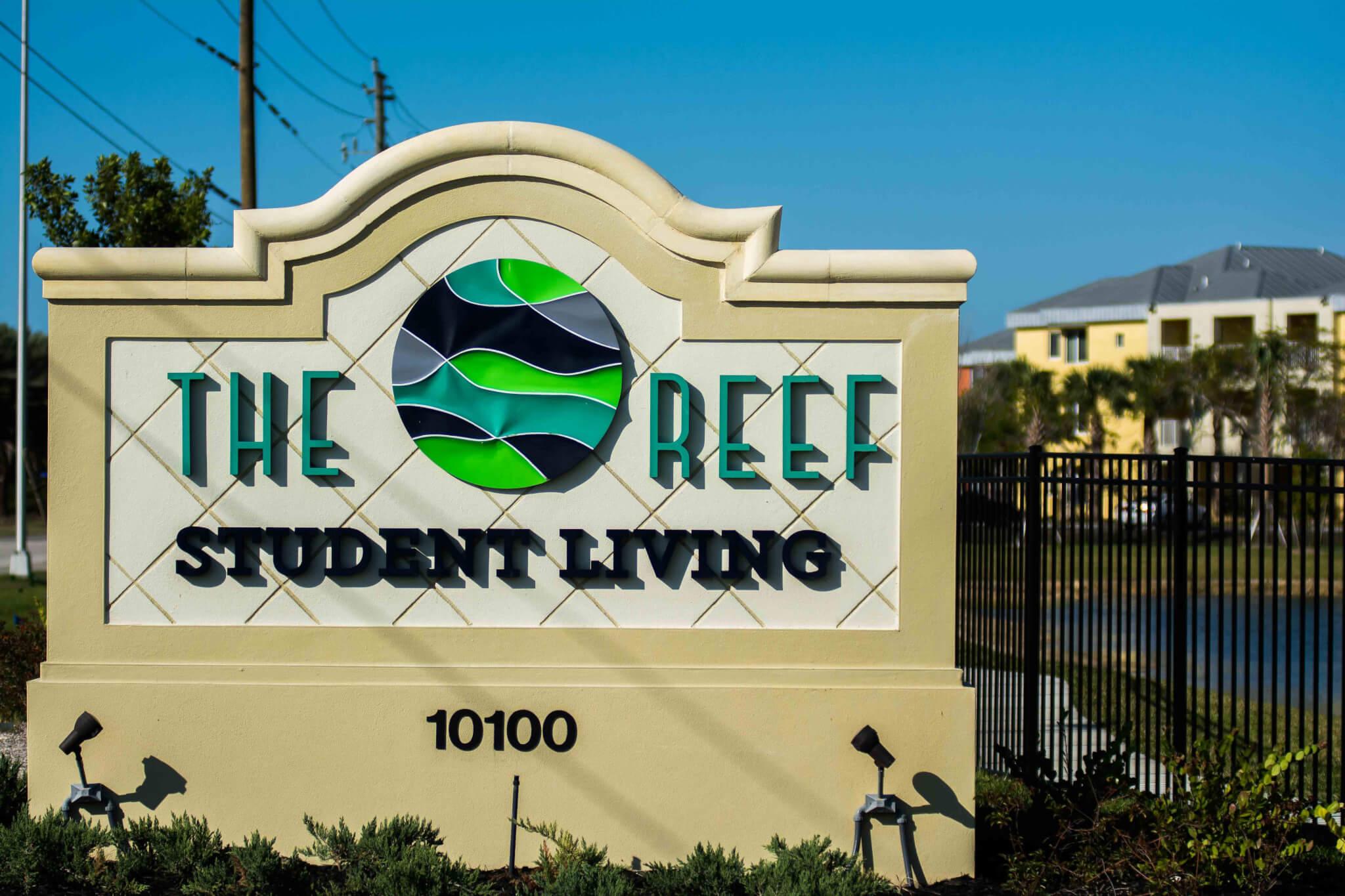 Her belongings sit in trash bags in her closet. Her carpet has been torn up, leaving nothing but bare concrete. She’s spent $1,700 in hotel expenses and has been sleeping on the couch.

This is sophomore business management major Alex Ciatti’s life in The Reef, and she isn’t the only one.

Over a dozen other residents have been bringing up similar complaints — oddly humid rooms, persistent coughs and a musty stench. After further inspection, they all have one thing in common: mold.

“I started noticing the mold growing in my room in December,” Ciatti said of her apartment in Building 5. “It was on a bag underneath my desk and a pair of shoes that were in my closet.”

According to Ciatti, when she first saw the mold spreading, she went into The Reef’s Clubhouse to fill out a work order, but nothing followed. Ciatti then went to the office again, but this time, the employees filled out the work order.

“Then, maintenance came out and didn’t really do anything,” Ciatti said.

It wasn’t until she went back to the office for a third time to explain that the mold had spread across the furniture, wall art and even under the bathroom vanity that The Reef took action.

“On Friday (Jan. 27), I was told that they were going to begin working on my room, so I needed to move into a hotel by Monday (Jan. 30),” Ciatti said. “I was told that I needed to stay in a hotel until all the work was finished, and the mold test came back positive.” 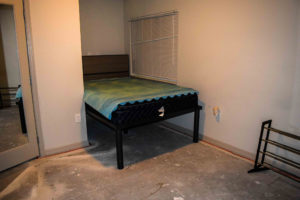 Sophomore business management major Alex Ciatti’s room’s carpet has been ripped up, and some of her belongings sit in trash bags in her closet.
(EN Photo / Taylor Crehan)

That’s when the Michigan native packed up her room and moved into the Hilton Garden Inn for seven days.

“I was told that my room was going to be completed on Monday (Feb. 6), so I checked out of my hotel and packed up my stuff and headed back to The Reef,” Ciatti said.

But, to her surprise, she came back to a barren room with no vanity, no carpet and her air conditioning vents covered with plastic wrap.

“The funny thing is they told her it was livable,” said Ciatti’s roommate, senior biology major Hailey Golden. “She has no carpet and her vents are covered. She can’t live in here.”

Now with no place to officially call “home,” Ciatti’s belongings are just tossed in any open space available. Golden is currently holding some of Ciatti’s items in her bedroom while the rest lay in their living room and packed in her 2012 Ford Focus.

“It sucks because now when people come over, I’m like, ‘Welcome to my room and living room,’” Ciatti said.

According to Ciatti, the front office told her there were no other cases of mold at The Reef.

It wasn’t until she saw sophomore communication major Gabby Pullano’s post on the FGCU Class of 2019 Facebook group page that she realized she wasn’t the only one.

Pullano, who lives in Building 13, first discovered mold on a pair of boots in her closet in November 2016.

“I was like, ‘What the hell is this stuff growing on my shoes?’” Pullano said.

She wiped them down and left them in her closet, but the mold came back.

Pullano was having trouble breathing and was “feeling extremely weak the entire week.” She said she ended up at Lee Memorial Health on Sunday, Jan. 22 at 11 p.m. and didn’t leave until 4:30 a.m. the next morning.

“The breathing issue was what made me decide to go,” Pullano said. “It was getting worse as time went on.”

Pullano’s parents decided to visit when they heard she was in the hospital.

“We originally came to visit Gabby simply because she was sick,” Pullano’s mother, Patty Pullano, said. “After I heard about the mold is when I started to realize that is why Gabby was getting sick, so we contacted The Reef immediately so this can be taken care of ASAP.”

During her parents’ visit, Pullano showed them the mold that was growing in her room. That weekend Pullano’s father checked her air conditioning unit while they were visiting, and he said that “there’s obviously a problem with either the way the building was insulated because it was built so fast, or they didn’t install the actual AC unit properly.”

Pullano, along with her three roommates, soon found mold underneath their drawers in their rooms, in their air conditioning vents, in their closets and in their bathrooms.

“I wouldn’t doubt that it’s in the living room,” Pullano said.

Pullano decided to take action. Armed with her moldy pair of shoes, she went down to the front desk at The Reef’s Clubhouse on Saturday, Feb. 4 to talk to someone.

“I showed them the shoes,” Pullano said. “I obviously have mold in my room, and she’s like, ‘OK, yeah, you do. This is what we’re going to do. We’re going to contact the head girl. We want you to email the photos of your shoes to this woman and tell her what’s going on.’ So, I did that and never got a response.”

The following day on Sunday, Feb. 5, Pullano sent an email to Meisha Nelson, the assistant general manager of The Reef, and never got a response.

“Every time I call, they’re like, ‘She’s on lunch,’” Pullano said. “It’s ten o’clock in the morning, why is she eating lunch right now?”

Eagle News reached out to Nelson several times by phone and email and, at the time of publication, did not yet receive a response.

Pullano and her roommates finally received an email from the office stating that the women should take photos of what was damaged and to attach a list of prices so that they would get reimbursed on Monday, Feb. 6.

That morning, Pullano told those working in the office that if they weren’t going to let all of the residents know about her mold problem, she would make a post on Facebook about it.

And, post she did. Pullano posted several photos of her moldy belongings and pieces of furniture on the FGCU Class of 2019 Facebook group with a paragraph warning residents of The Reef to check their apartments for mold and to send photos to Nelson.

As of Wednesday, Feb. 8 at 5 a.m., Pullano’s post had over 100 reactions as well as over 100 comments – some made by other residents sharing photos of moldy objects and pieces of furniture found in their apartments, including a post made by Ciatti explaining her situation.

Following her post, The Reef sent out a mass email to residents titled “Important Precautions Due to Weather Change.” The email suggests different ways to keep mold from growing in one’s apartment.

Early Monday morning, according to Pullano, three men from Wet House Dry Out Inc., an outside cleaning company based in Cape Coral, entered Pullano’s apartment to wipe down the mold.

The men also took away the dehumidifier that The Reef had provided to help filter the air throughout the apartment and replaced it with a larger one. 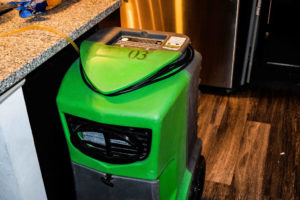 Sound of humidifier in the apartment of Pullano. (EN Audio/ Katie Hopkins)

Pullano and her roommates had a pile of their belongings on the floor that they collected as evidence, and when they came back from class on Monday, it was gone.

“I called The Reef up and told them this, and they told us that they cannot help us because they were a third party that came in to do this cleaning, that they could not help us at all, that if we just put in our email that they would reimburse us for it,” Pullano said.

Pullano said the office told her that someone would be going to her apartment in the near future to check the air conditioning unit to see if the problem can be solved, but she said she isn’t confident about that happening.

“Hearing all these people who have actually spoken up and nothing’s been done for months, I am not confident anymore that something’s going to get done at all,” Pullano said.

Pullano provided Eagle News with Wet House Dry Out’s contact information. When a reporter called and asked for the maintenance personnel, the man on the other line identified himself. However, when the reporter explained that she was looking into the mold situation at The Reef, he hung up.

Pullano believes that the cause of the mold might stem from how quickly the complex was built.

“The day we moved in, they were still coming in and out of here,” Pullano said. “It wasn’t even done on move-in day.”

Pullano’s mother, Patty, has also been trying to get in contact with the assistant general manager, but like  many  residents of The Reef, she hasn’t received a response.

“I just wish The Reef would do something,” Patty said. “I wish it wasn’t that difficult to get in touch with them.”

Due to the frustration and fear that this mold is affecting Pullano and her roommate’s health, Patty has involved an attorney in the hopes that this will get The Reef to start answering some questions.

“They’re not answering me, so maybe a letter from my attorney will speed up the process,” she said.

Sophomore business management major Zachary Edwards of Building 13 had no idea that The Reef seemed to have a mold problem until Monday.

“I checked my room, kind of did a quick check around, and didn’t see anything,” Edwards said. “Then, my roommate came in with one of his items covered in mold, and I started checking more thoroughly and found everything.”

Edwards found mold coated underneath his drawers. He plans on taking his situation up to the office as well.

“It’s especially ridiculous that it’s very expensive leasing, and it only being, like, five months old,” Edwards said.

Edwards is also frustrated because he expected The Reef to be nice because it’s so new. 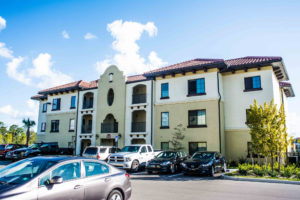 “I understand mistakes happen, but it would have gotten worse if we never even knew about it,” Edwards said. “It’s been going on for awhile, and we should have been made more aware.”

Pullano’s boyfriend, sophomore clinical lab science major Keaton Payne, lives in Building 10 in The Reef. He mentioned the mold problem to his roommate, sophomore sports management major Phil Dorso, about a week ago, but he didn’t think anything of it.

Dorso also contacted The Reef’s office on Feb. 6 and explained that he had found mold on the walls of his bathroom. As other students recalled, they responded by asking him to take pictures of it and to send them to the office. He decided not to, however, because he figured that by now, the office was already taking steps toward fixing the problem.

Not all mold found in The Reef is found under dresser drawers, under vanity sinks and on the ceiling.

Sophomore special education major Kylen Carmody and her roommates, who reside in Building 3, have mold sprouting from their carpets.

“(The Reef) claim they’re dirt or scuffs and stuff,” Carmody said about the round spots on her carpet.

According to Carmody, her dad, who is currently visiting from New Jersey, said that the only way that you can truly tell that it’s mold is if you tear the carpet up.

“The Reef doesn’t want to pay for that, so they aren’t ripping that up,” Carmody said.

If you have any information about The Reef you would like to share, you can submit a tip here. 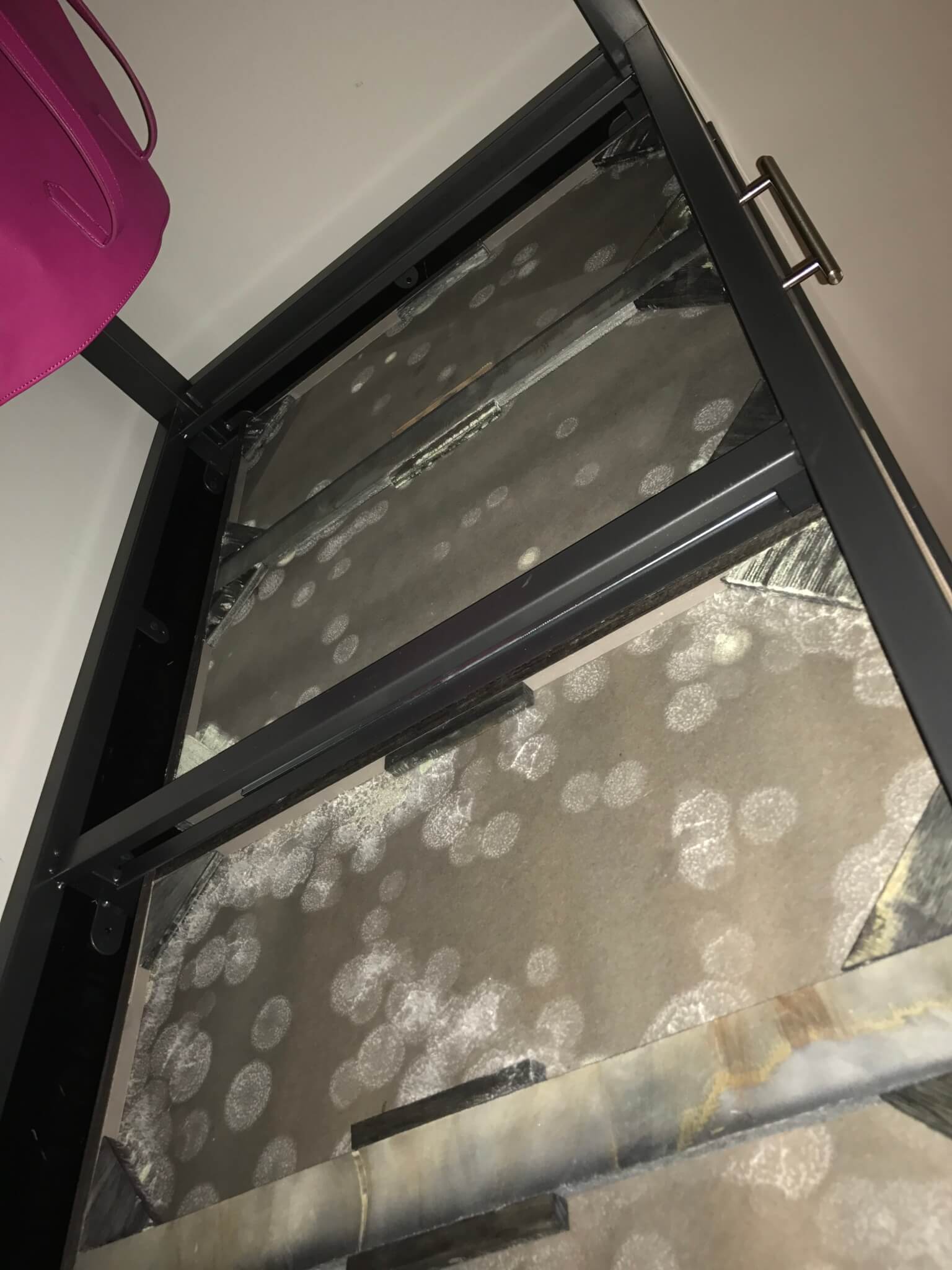 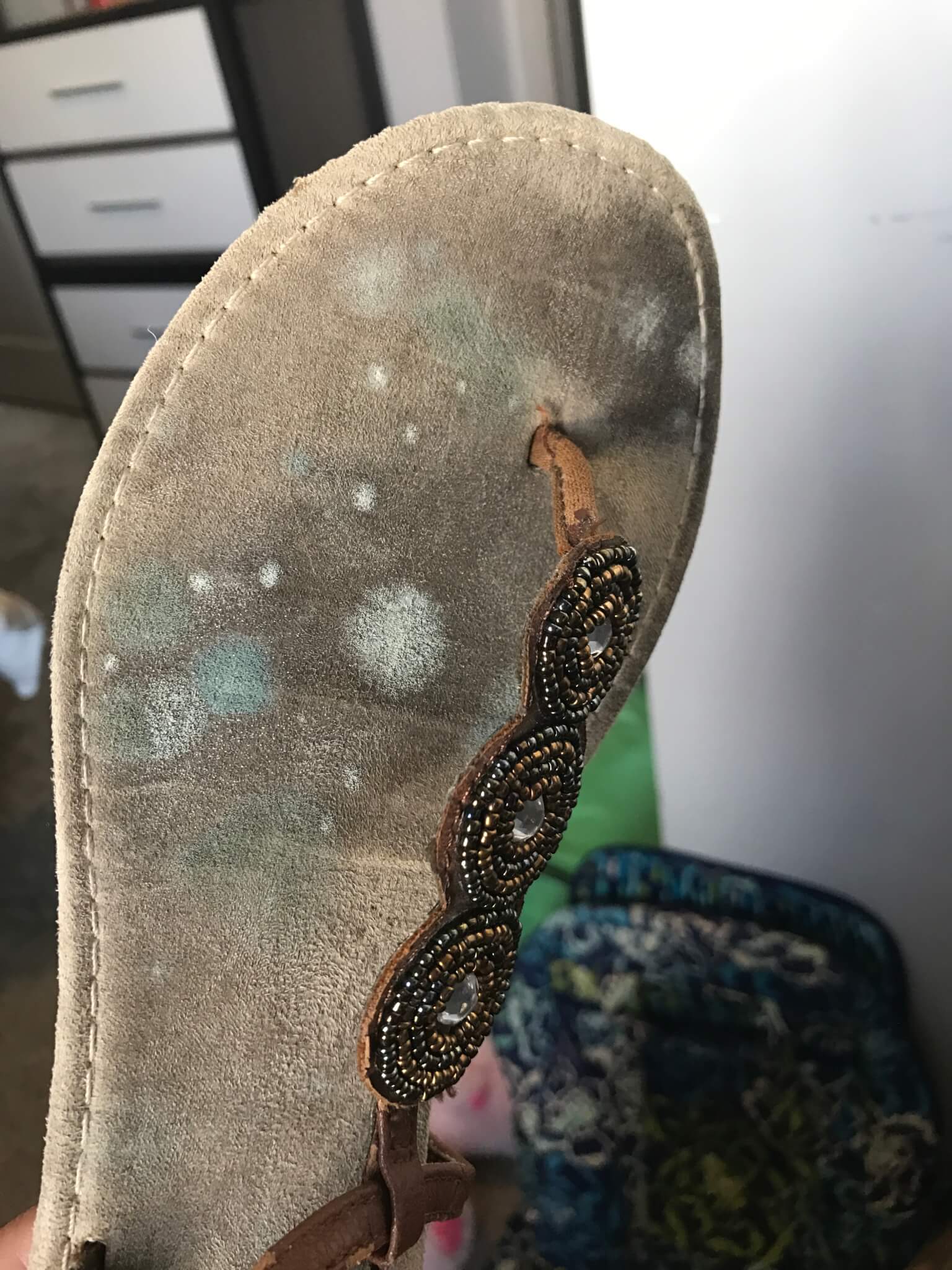 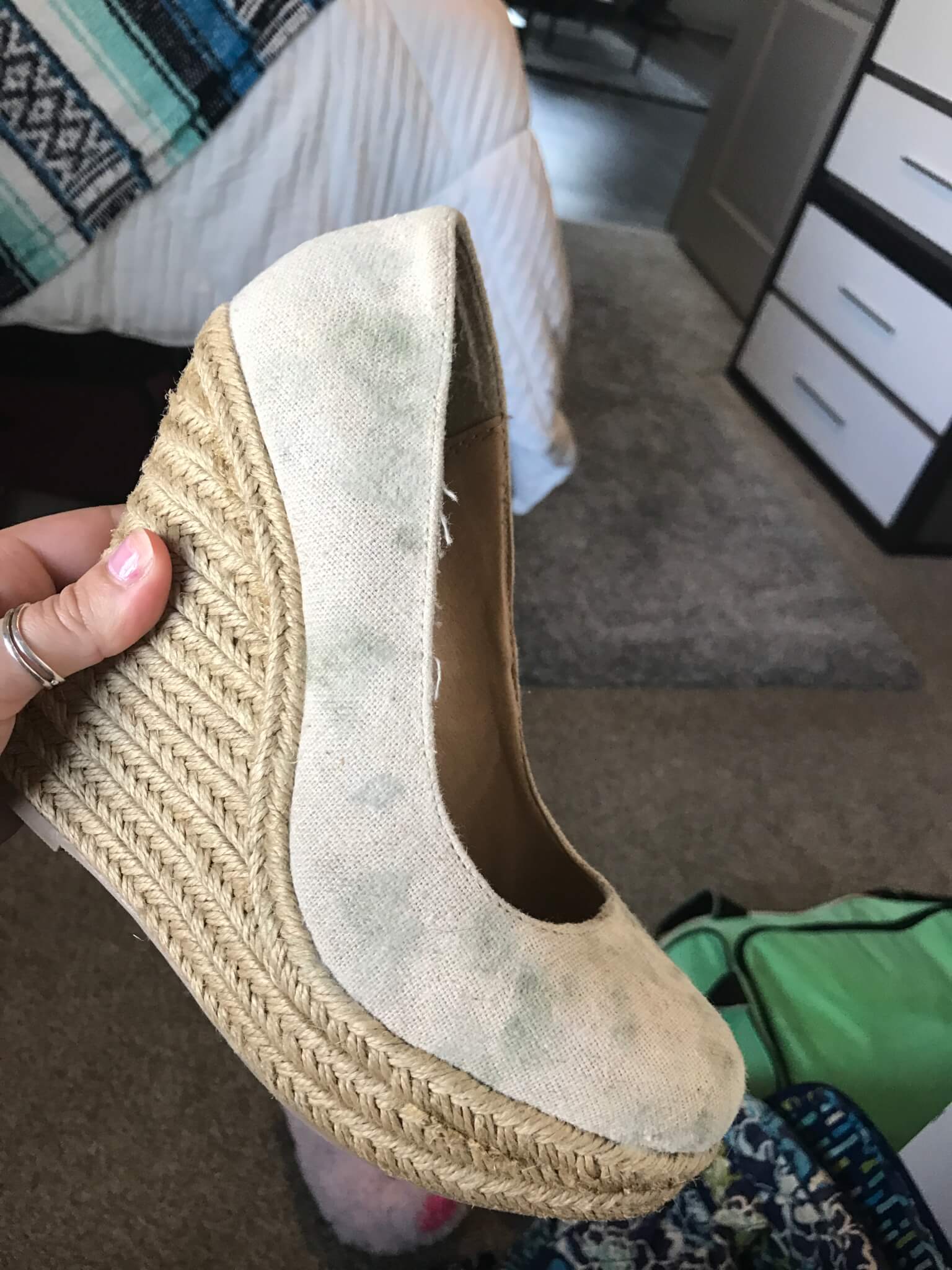 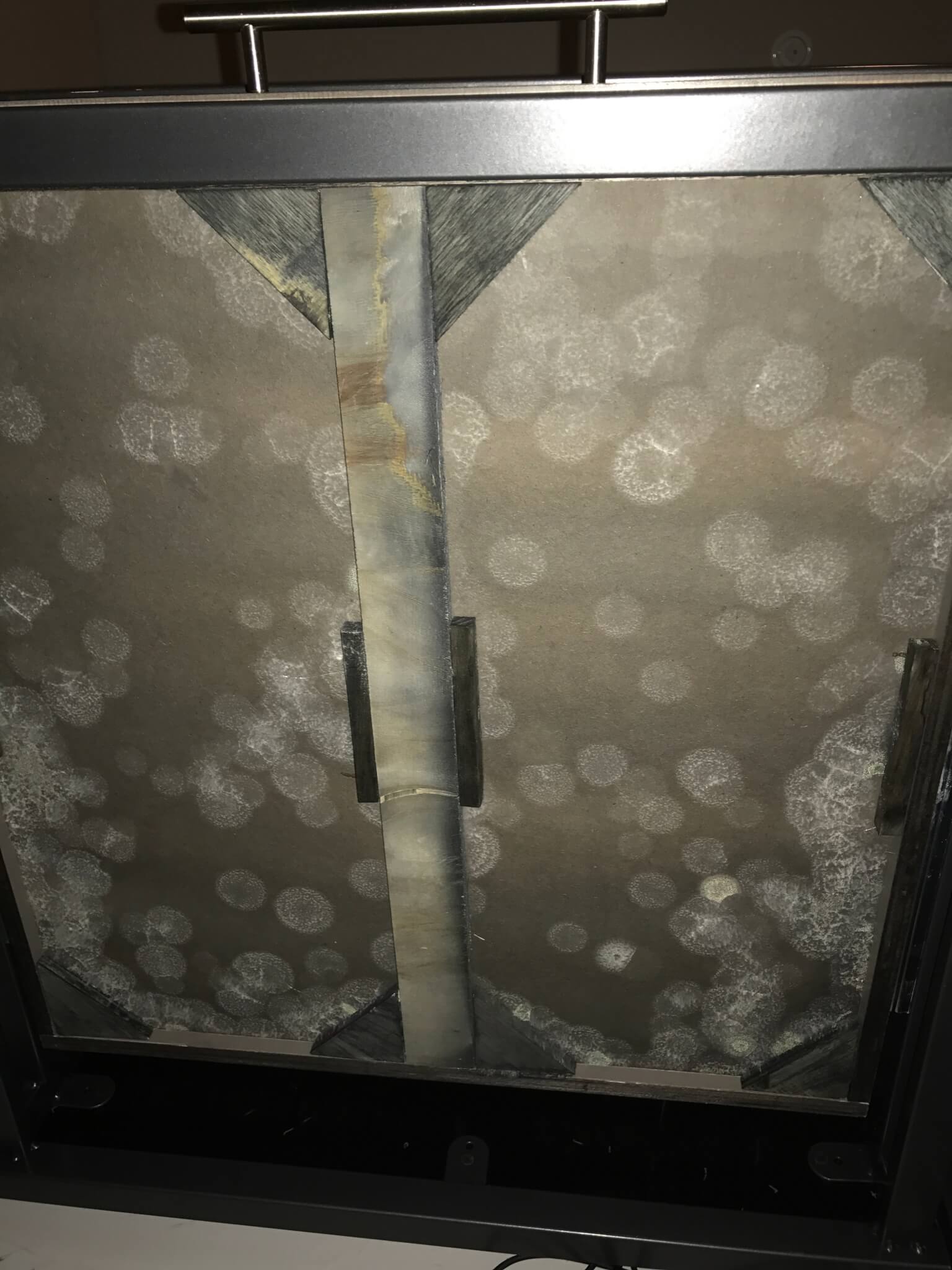 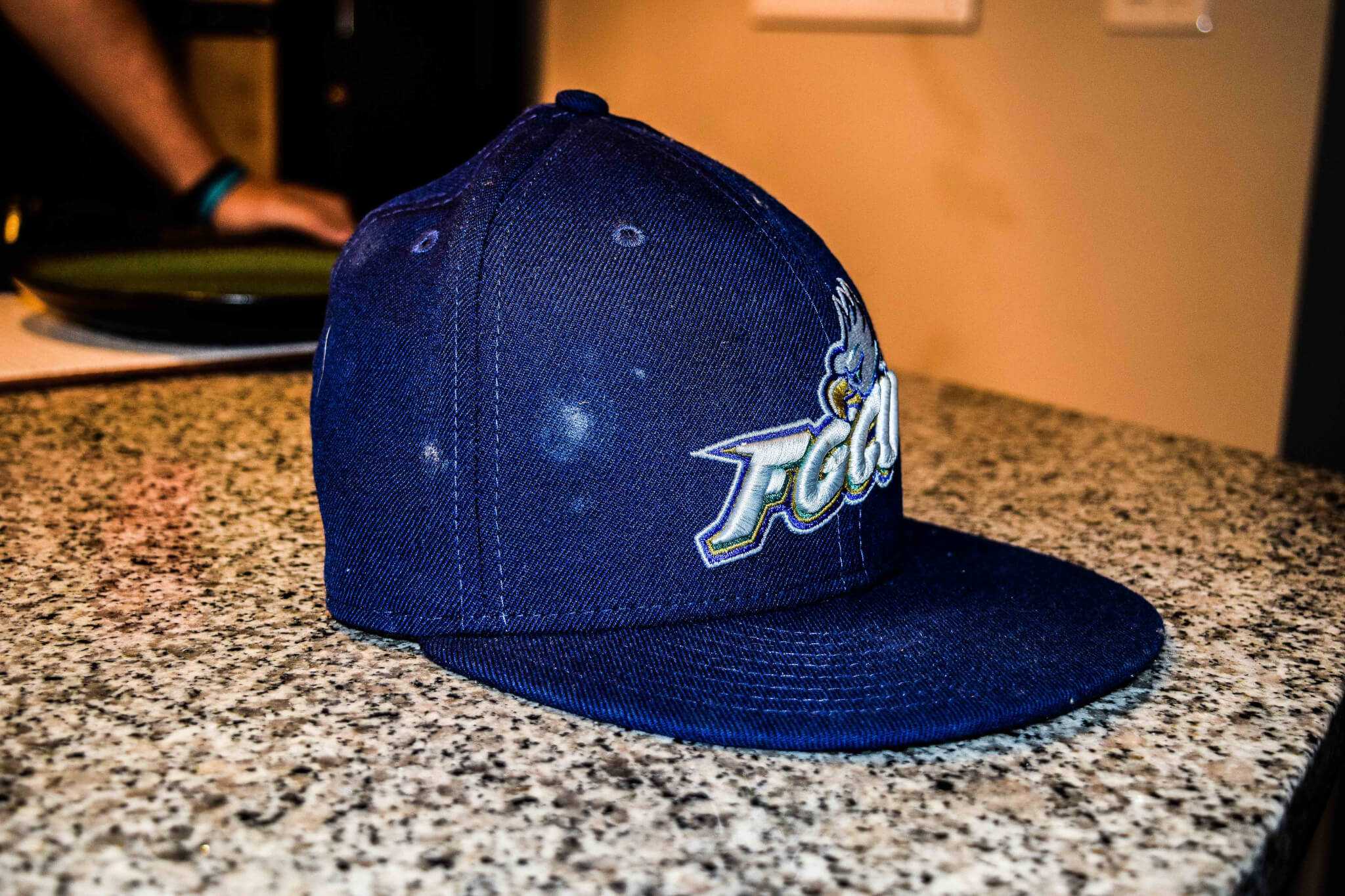 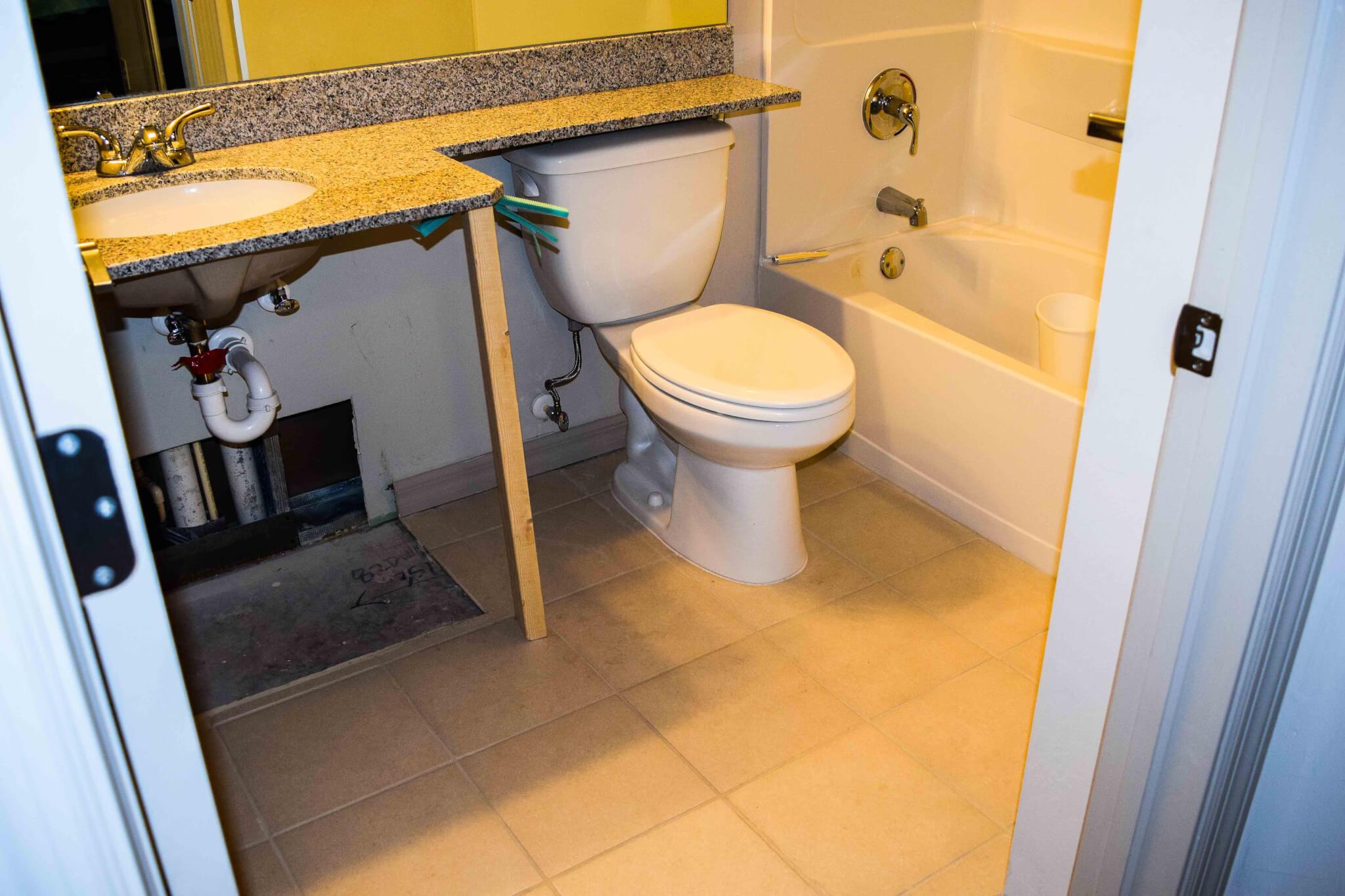 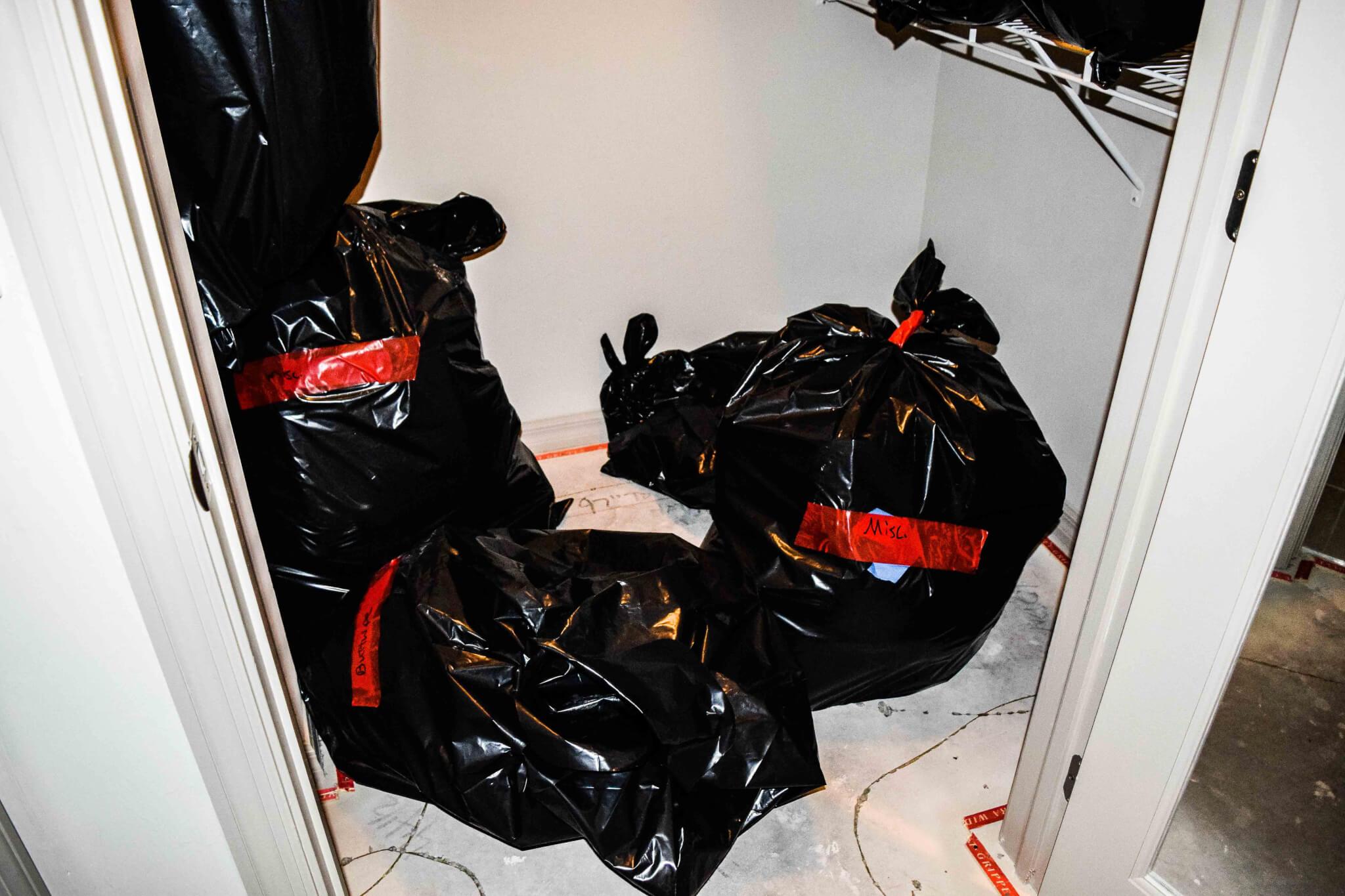 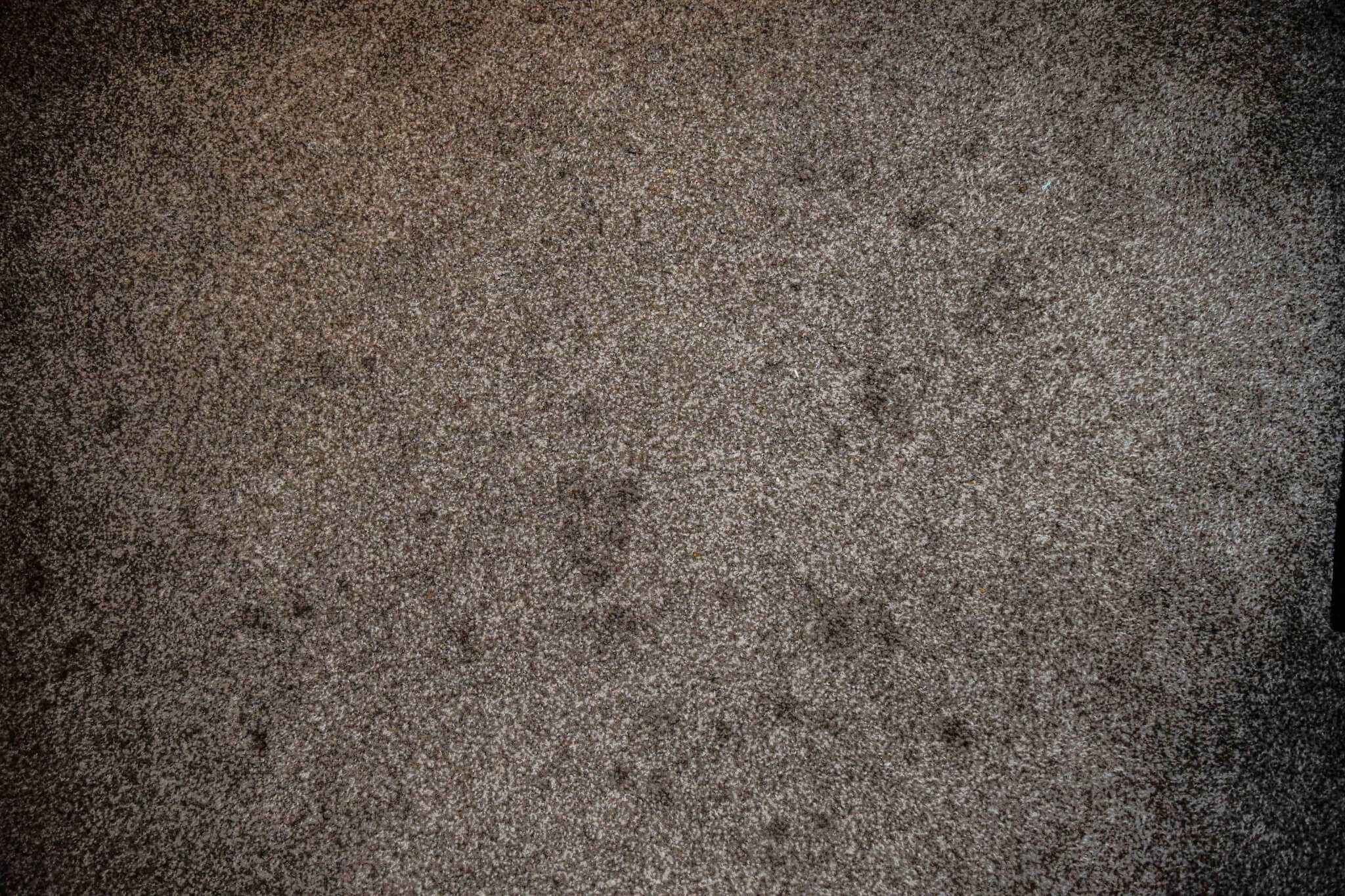 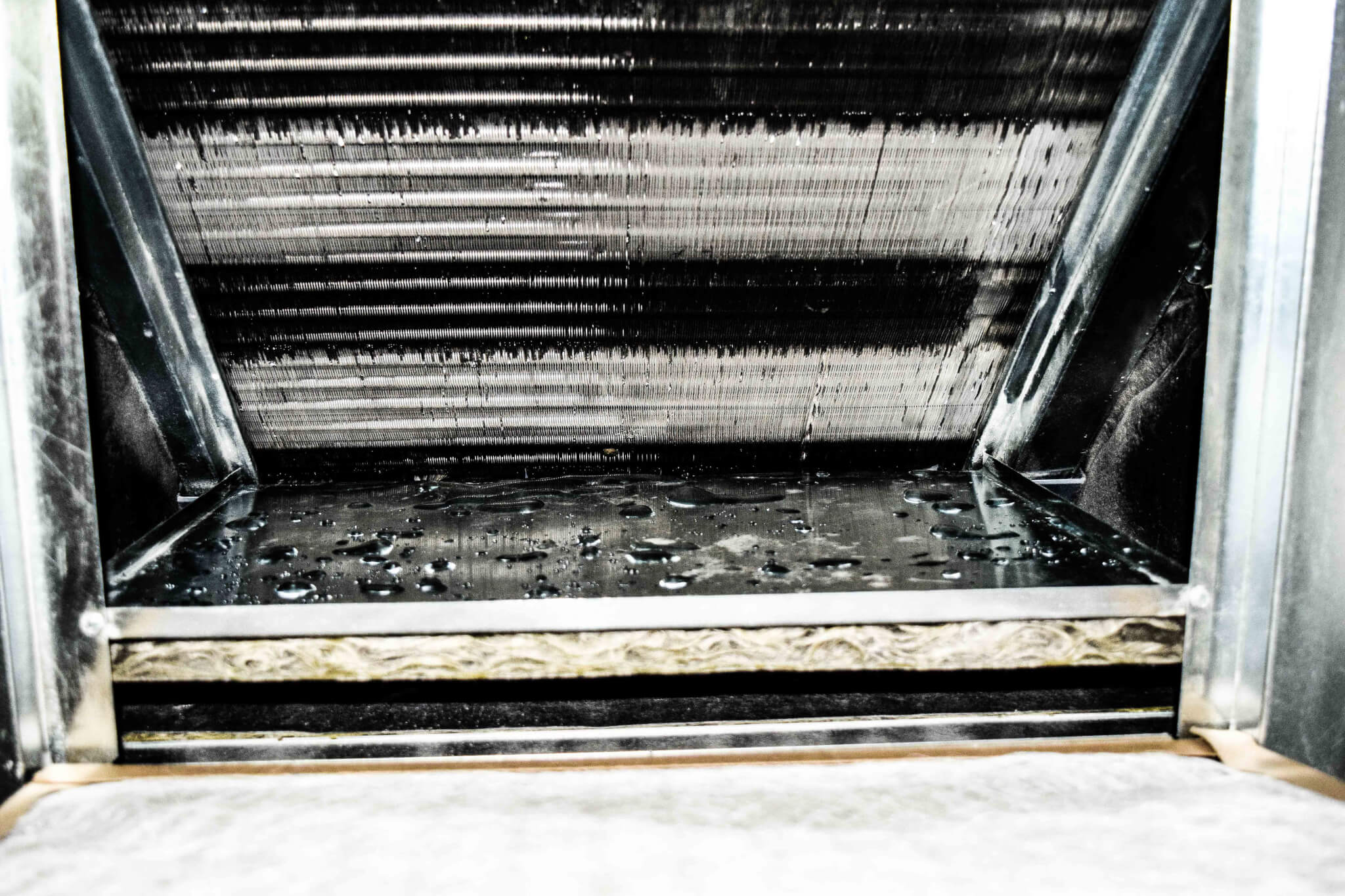 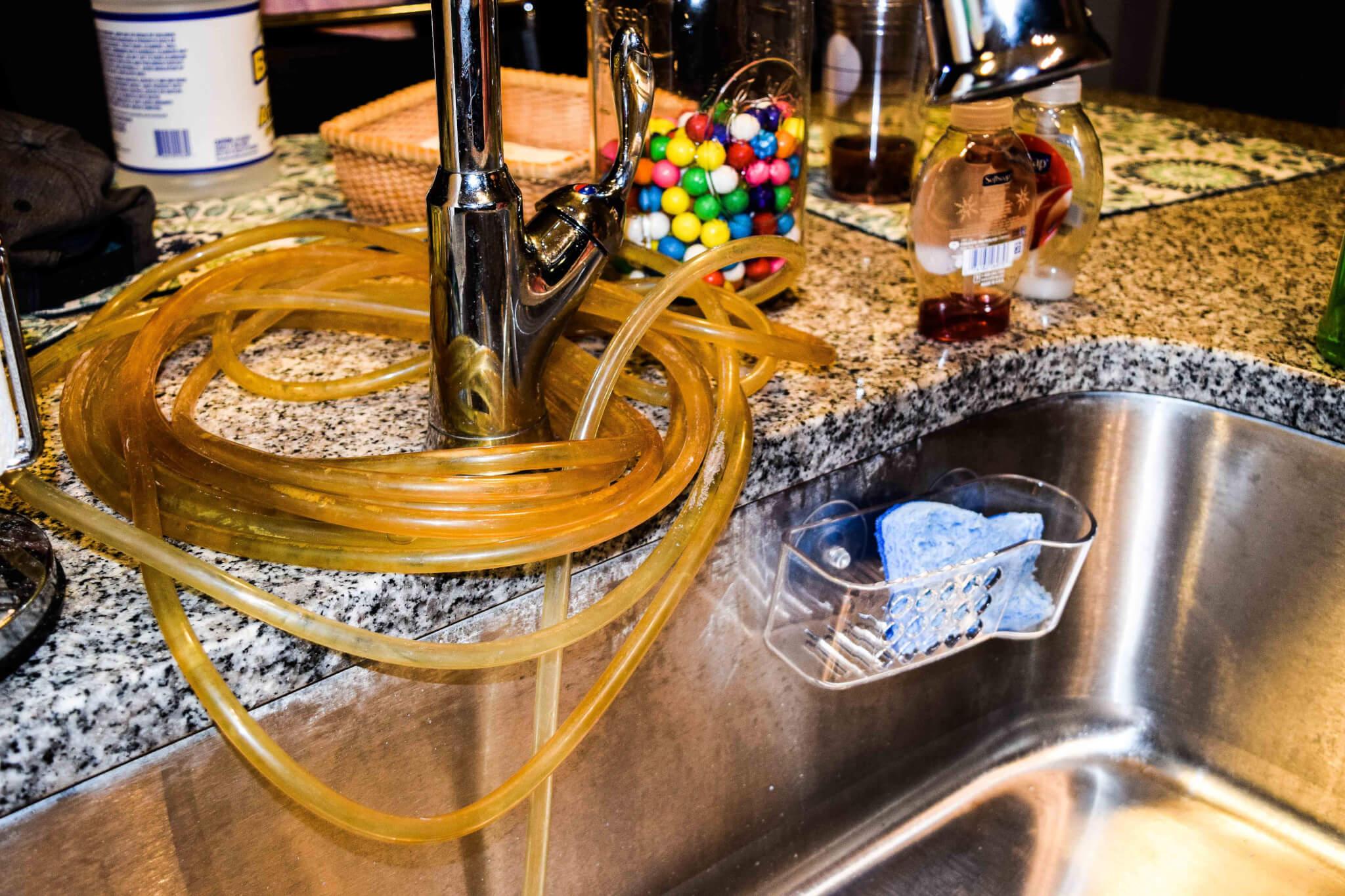 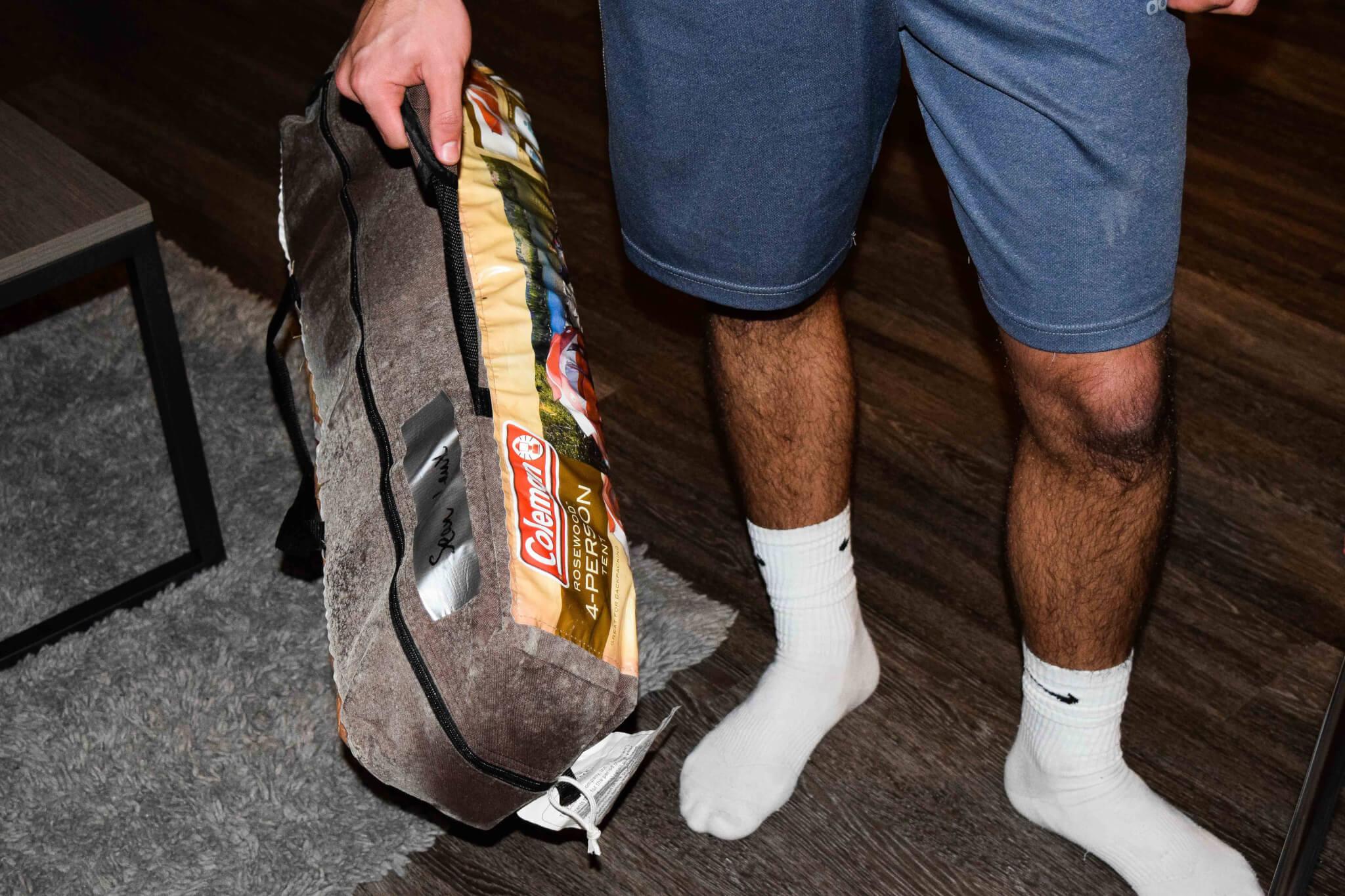