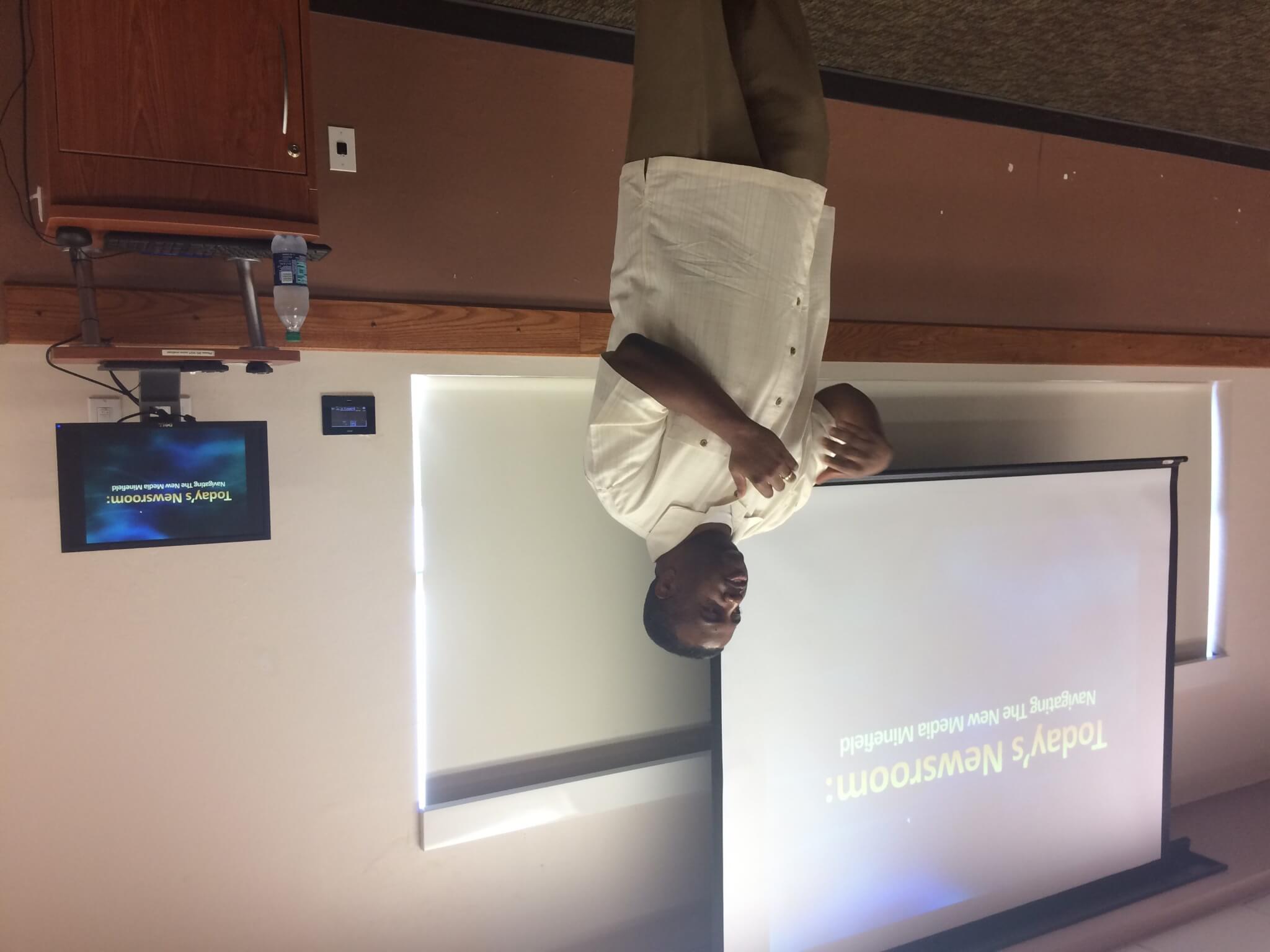 Ernest Hooper speaks on public relations in the Cohen Center on Campus.

Ernest Hooper first visited FGCU six years ago with his oldest son, who was looking at colleges to attend.

“I was kind of impressed by the campus,” Hooper said. “I’ve always kind of had it in the back of my mind, coming back one day.”

On Wednesday, Oct. 26 at 1:30 p.m., Hooper returned to FGCU, this time to speak to Professor Kara Winton’s public relations students.

Hooper, who serves as the East Hillsborough Bureau Chief of the Tampa Bay Times, spoke about how to navigate media today, the importance of writing good media releases, understanding how a newsroom works and the importance of making personal connections.

“I think in this technologically advanced era that we’re in, sometimes people don’t put high value on face to face meetings, talking to each other, getting to know each other in a personal way,” Hooper said. “I still think there’s great value in sitting across from each other and talking.”

Hooper, who joined the Times in 1992, began writing after spending time in a management position at the Tampa Tribune.

“I had worked my way into a management position and decided to take my career into a different direction,” Hooper said. “I really wanted to get out of management and go back to being a writer.”

“Really it’s because the bureau chief got pregnant,” Hooper said. “I filled in temporarily and managed to handle those duties OK. She returned to the position, but a few months later she got promoted.”

After the previous bureau chief was promoted, Hooper replaced her indefinitely.

“I think my substitute role was part of the reason for giving her the promotion,” Hooper said. “They knew I would step in.”

Hooper also serves as a columnist for the Times, commenting on family, community issues and political perspectives, and always ends his pieces with a signature tagline, “that’s all I’m saying.”

Hooper got in contact with Winton after speaking at the Florida Public Relations Association state convention.

“She emailed me afterwards and said she enjoyed what I presented and (I) offered to come down here,” Hooper said.

Hooper said that while journalists and public relations professionals are often “adversaries,” because the media is an ever-changing field, there are more mutual benefits between the two fields.

“The staffs at newspapers and TV newsrooms are shrinking, and they need to – and have to – rely on PR professionals more,” Hooper said. “So, now more than ever, it’s important for that relationship to be friendly and not adversarial.”

Hooper enjoys speaking to students because he benefited hearing professionals speak about being successful in the media industry while he was in college.

“As a way of paying it forward, I speak to young people today and try to instill in them that same belief,” Hooper said.