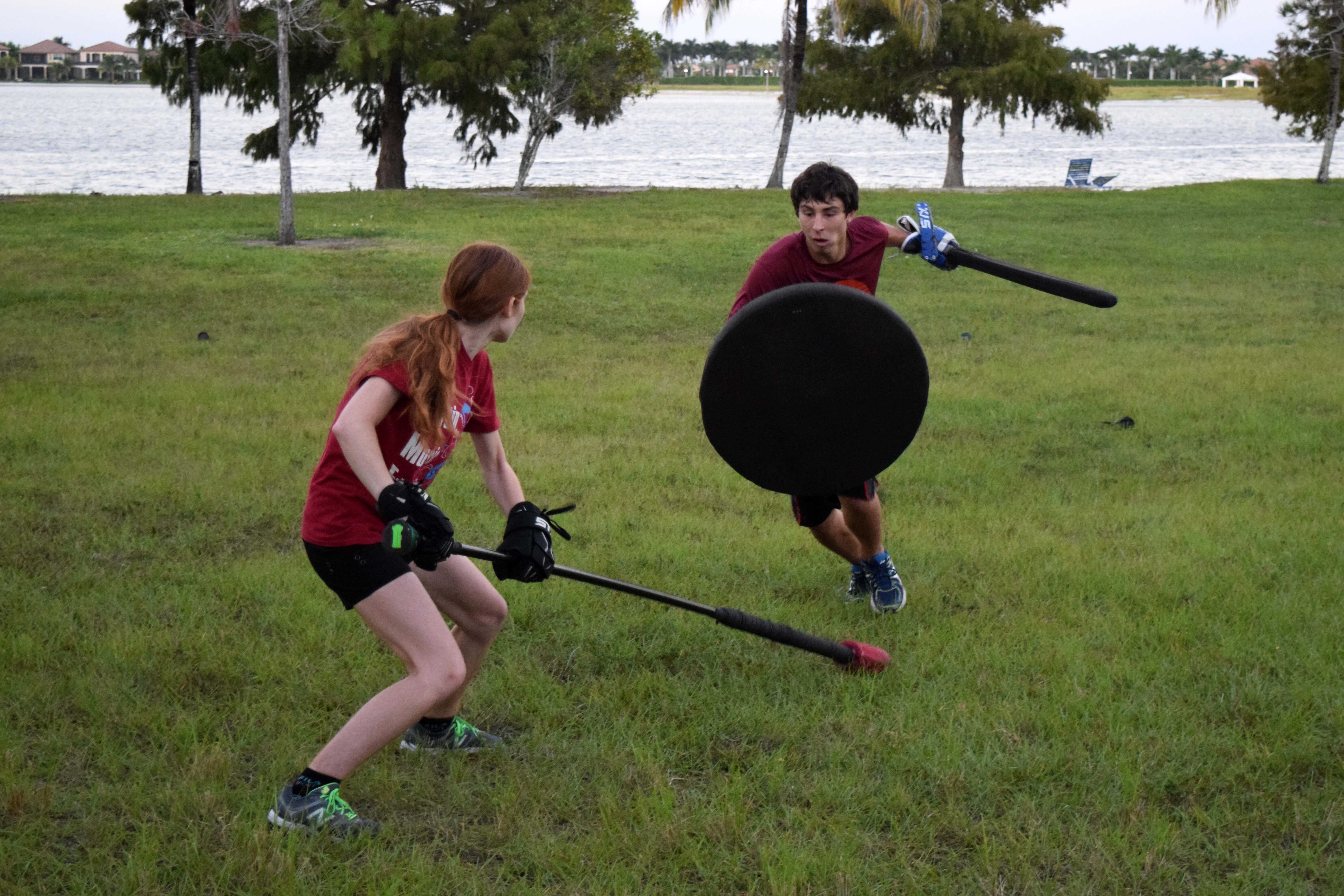 The Foam Fighting Club practices every Tuesday and Friday from 6:30 p.m. to dark near the waterfront at North Lake Village. EN Photo Rachel Iacovone

“You get to beat people up!” said Shelby Krupar, an FFC member.
Although Krupar can be seen during matches confidently jabbing her weapon of choice, a spear, she recently joined the club through this fall’s Student Involvement Fair. Many members initially heard about FFC there, whether this year or last, while the remaining members first heard through friends.
FFC is a registered student organization, which formed in 2013. The members settled on the name to remain inclusive to those interested in more traditional live action role-playing styles; however, the colloquial name for the club has become “Dag,” which is short for Dagorhir Battle Games, the LARP style which FFC follows and can be found across the top of the club’s waivers.
Dagorhir is a full-contact combat game based upon J. R. R. Tolkien’s “Lord of the Rings.” Unlike stereotypical LARP, Dagorhir does not include the use of magic. FFC takes it a step further in its inclusivity by also nixing the use of costumes.
Juliana Ponce, the FFC secretary, can usually be spotted off to the side, wielding her usual bow and arrow. Ponce joined the club only a year ago after hearing about it from president Ryan Fox.
“I initially got into it because of the crafting aspect honestly,” Ponce said. “People get into it for a variety of reasons — some for the creative aspect, some for the physical aspect and others for more of the role playing aspect.”
Fox, on the other hand, joined his sophomore year at the club’s inception.
“I lost 30 pounds the first year and another 10 after,” Fox said. “So, my freshman 15 and then some.”
FFC currently boasts a little over a dozen members, with six to 10 coming to each meeting. The club meets twice a week in North Lake Village on the field between building J and the waterfront. The meetings take place every Tuesday and Friday 6:30 p.m. to dark. Students are encouraged to come as they are, no prior experience or equipment necessary.