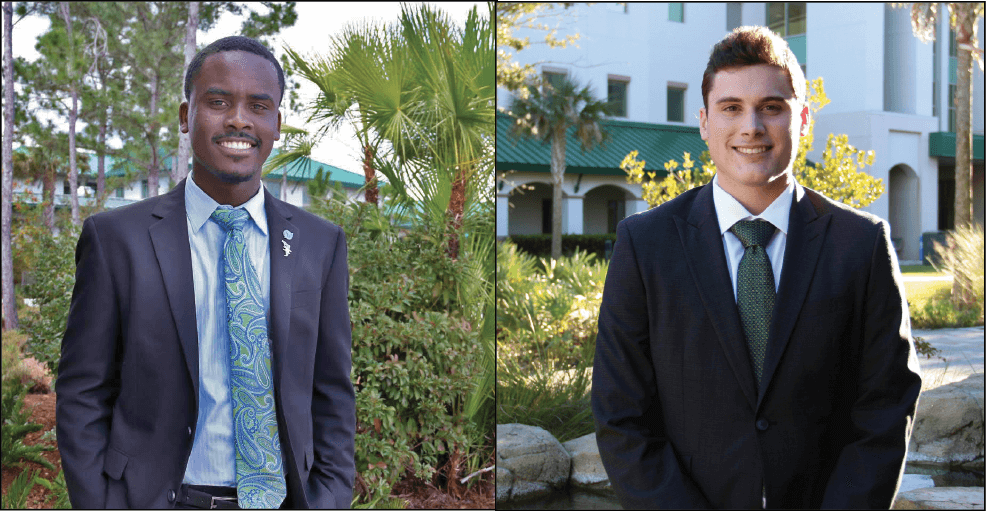 The race for a spot on the Executive Branch of Student Government began  Tuesday, Feb. 23 when The Nest and FGCUnited began campaigning via social media.

The Nest, which includes sitting SG president Thieldens Elenus, vice president Emmalyn Green and treasurer Ivan Rodriguez, has not officially released a platform but will do so on Wednesday, Feb. 24. The party shared its three main beliefs on Facebook and Twitter — student success, university advancement and community engagement.

“Currently, I serve as the student body president,” Elneus said. “The biggest thing that I noticed is that there’s a lot of things that weren’t able to be accomplished this year. One year is not enough time to accomplish those things and being that the university is going to be in a transition period within the next year, it’s important to have SG be a stable ground where students have a voice.”

While The Nest hasn’t officially revealed its platform on the internet, Elneus stated that his new campaign will focus on improving registered student organizations and their presence on campus.

“The biggest thing for us is that we’re focused on university advancement and community engagement,” Elneus said. “We want to enhance campus activities such as tailgates, campus cultural events.”

Minorities, the LGBT community and students with disabilities will also benefit from The Nest’s platform if elected.

“We want to expand the opportunities and resources for the multicultural students, the LGBT+ community and students with disabilities on campus,” Elneus said. “We want to really focus on student success in that matter.”

Elneus said that he’s the best candidate for the job because he has the experience and the knowhow to lead FGCU students to a better campus.

“I’m not trying to be something I’m not,” Elneus said. “I have the experience as student body president. I know the work it takes.”

“I decided to run because I think there’s more we can do for the student body,” Emmer said. “SG this year has been really focused on our clubs and organizations, and that’s great. I’m all about helping them as best we can, but there’s so much more we can do.”

Emmer is most excited to push for extended library hours if he’s elected come next week.

“What I’ve been preaching about the most is extending library hours,” Emmer said. “I think it’s more than just making the library more accessible to everyone but also creating jobs, which it itself if a resume builder.”

Medical amnesty is listed first on his platform, an initiative that’s been implemented on college campuses throughout the country.

“It’s an unfortunate reality that not just freshmen but all students who come here are interested in partying,” Emmer said. “Medical amnesty protects students from getting in trouble. Let’s say they are out causing trouble and their friend happens to be unconscious and really needs medical help; it will keep them from being hesitant to call the authorities for the help needed.”

Emmer, who served on Elneus’ Synergy party last year, believes that he has a unique edge that will assist him in serving as a successful student body president.

“I think I just bring something different,”  Emmer said. “I’m bringing a platform that I truly believe we can implement this year. I’m not just saying I’m going to do something. I have an actual platform that’s different from previous years.”