Seminar explains the effects and benefits of fires on Florida ecosystems 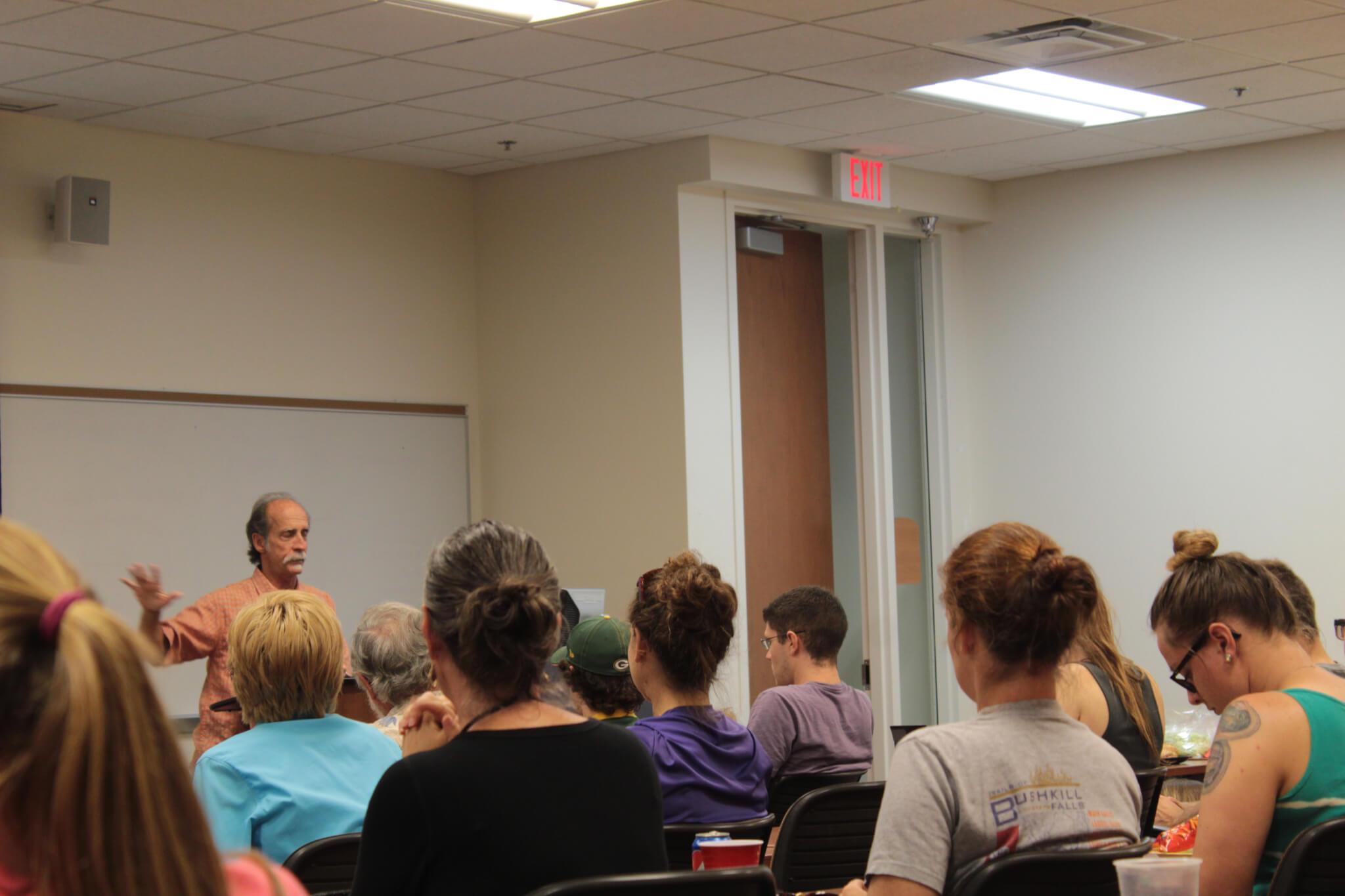 On April 12, students met in Sugden Hall for a seminar presented by Reed Noss, a professor of conservation of biology at the University of Central Florida, who spoke about the concept of fire-dependent ecosystems in Florida.

Noss opened the seminar, which was comprised of more than 25 students and faculty members, by touching on the history of fire burning in grasslands and savannahs by Native Americans, the importance of fire seasonality and fire-adaptive traits of plants and animals that thrive on fire-dependent ecosystems.

Noss said Florida is home to many species of wildlife that thrive in fire-dependent habits such as the Florida Grasshopper Sparrow.

“(With the Grasshopper Sparrow), if its habitat goes 24 months without fire, it cannot breed successfully,” Noss said before explaining that the lack of fire plays a role in the number of surviving species today.

This prompted students to ask if burning would help increase the Florida Panther population, which Noss suggested wasn’t that easy.

“(Panthers) are generalists,” Noss said. “I wouldn’t call them fire-dependent, but they are adaptive to fire-prone landscapes. They would benefit indirectly from fire.”

Fire would possibly allow panthers to hunt and breed better, but research would be needed to provide true evidence for the benefits.

“Not all plants and animals are adaptive to fire but rather a particular fire regime,” Noss said. “No species shows a negative response to fire, suggesting that fire has been a part of their development for years.”

Noss said there are studies that show how fire creates a positive effect on Florida’s biology. He said this is why UCF burns anywhere between 15 and 25 acres of land annually — to help promote growth.

FGCU students asked if participating in burning would produce any benefits to their campus.

“Yes, but you can’t just go out and set fire to everything,” Noss said. “You would need someone who knows what they’re doing. The Nature Conservancy would be happy to help out with advice in terms of burning.”

As for the benefits, Noss said that burning would not only be educational for student participants, but it would also help the biology of the campus.

“You’ll get more wildflowers,” Noss said. “Things will look prettier and greener. An important argument is that it’s important to do to reduce fire risk and increase biodiversity. You’ll also get more types of species when you burn versus when you don’t.”

Mike Brown, the president of the wildlife club on campus, agrees that the FGCU campus will benefit from fire burning.

“It might be important to have localized fires to promote ecological sustainability,” Brown said. “We haven’t had a fire since ’97, which is almost 20 years, and that’s a long time.”

Brown’s goal is to get all students involved, not just biology students who are studying the ecosystems. He said that is why the university has courses like Colloquium, which educate students who otherwise might not have taken any related course.

“It’s great to get everyone involved, because this is the one earth that we have, and while there’s talk about moving to mars, do we really want to get to that point?” Brown said. “We only have one earth, so there’s no other option.”