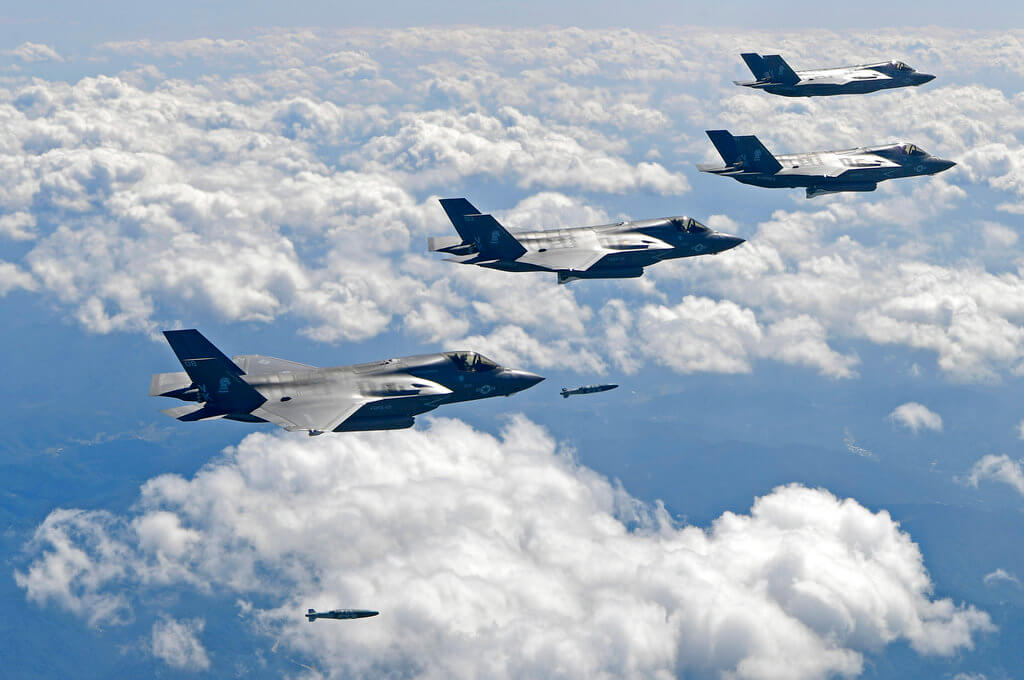 The history of the Air Force begins in an Ohio valley, where the Wright Brothers sketched the plans for what would become the first air craft to make flight possible.

Soon after, the Wright Brothers experienced historic success in 1903 in Kitty Hawk, North Carolina, when they became the first people to fly and the fathers of aviation.

Little did the Wright Brothers know that their invention would usher in a new phase of American travel and would become a cornerstone of the American military.

Since its creation, the Air Force has played an essential role in U.S. affairs at home and abroad. From the Korean war in the ‘50s to the Vietnam war in the ‘60s to the war on terror that has dominated the 2000’s, the men and women of the Air Force have served the United States during its most trying times.

On Sept. 15, 2017, America celebrated the Air Force’s 70 years of Air Force accomplishments, which have taken the Wright Brothers’ invention to new heights.

In honor of the event, President Trump and First Lady Melania Trump visited Joint Base Andrews in Maryland to commend thousands of men and women in uniform for their service and dedication to the country during its most trying times.

Addressing a sea of women and men clad in blue and white fatigues, Trump said, “For seven decades the United States Air Force has pushed the boundaries of science and technology, helped restore peace and stability to troubled lands, and kept Americans safe from those who threaten our very way of life.

“Nothing inspires more confidence in our friends or strikes more fear in the hearts of our enemies than the sight of American warplanes on the horizon.  You patrol the sky, protect the homeland, and deliver American justice to anyone who dares to threaten our people.”

Sixteen years later, and the image of two planes crashing into the North and South towers is still salt on an open wound in the memories of Americans, made especially fresh by the recent events in London.

“I want to say that our hearts and prayers go out (to) the people of London who suffered a vicious terrorist attack today. I spoke with a wonderful woman, British Prime Minister Theresa May this morning and relayed America’s deepest sympathy, as well as our absolute commitment to eradicating the terrorists from our planet,” Trump said. “Radical Islamic terrorism — it will be eradicated. Believe me.”

During his address, Trump spoke of the threat posed by North Korea, which has continued to develop its nuclear weapons program and target the United States.

“America and our allies will never be intimidated,” Trump said. “We will defend our people, our nations, and our civilization from all who dare to threaten our way of life.  This includes the regime of North Korea, which has once again shown its utter contempt for its neighbors and for the entire world community.”

But Trump assured the American people that the Air Force was more than well equipped to handle what may become the U.S.’s next military conflict.

“There is no distance too far, no speed too fast, no challenge too great, and no height too high that will keep the United States Air Force — or the American people — from total victory,” Trump said. “The American people are eternally grateful.  We will stand with you always.  And never forget:  I am always on your wing.”