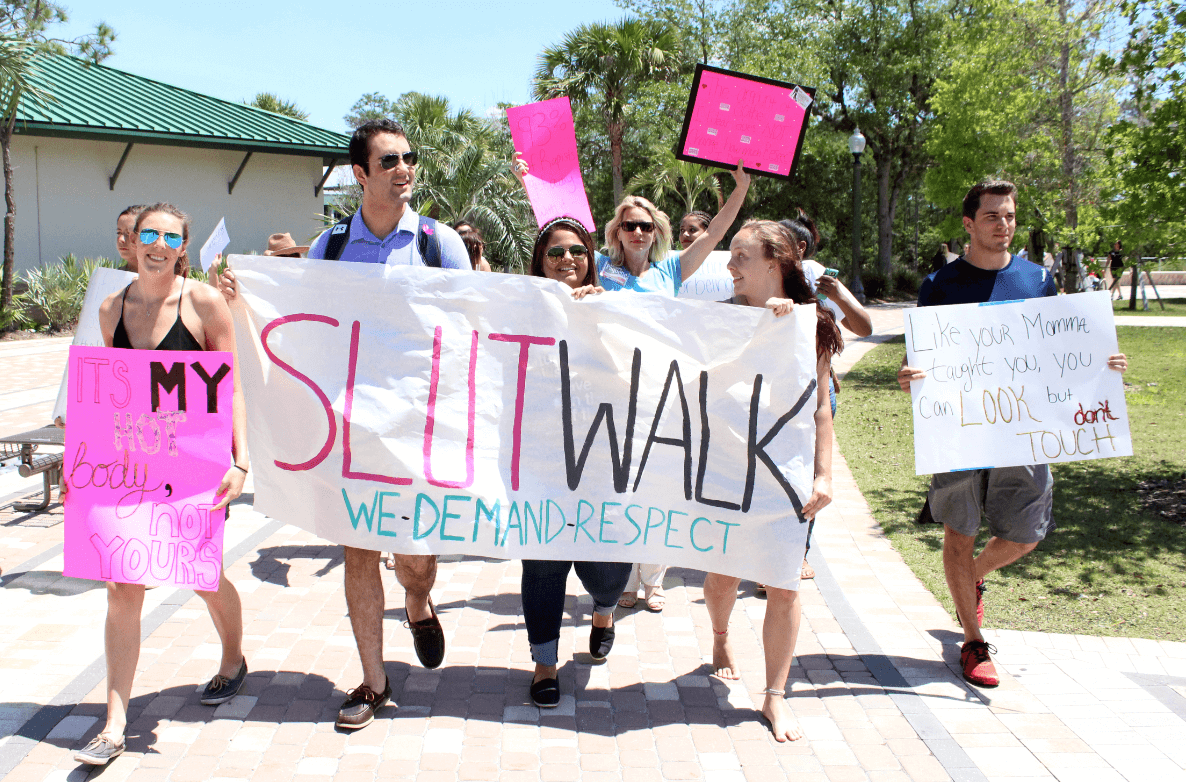 Rollo said that FGCU had high standards for is sexual assault awareness and prevention programs, even before 2011 requirements from the Department of Education, which required recipients of federal financial assistance, such as public universities, to “designate at least one employee to coordinate its efforts to comply with and carry out Title IX” in cases of sexual harassment and violence.

“We were pretty close to our best practices in our field,” Rollo said.

“It’s been very helpful to have him here,” Rollo said. “He knows what needs to be done on a college campus.”

“Sexual assault is an extreme side of sexual harassment,” Washington said.

Washington said part of what his office, the Office of Institutional Equity and Compliance, does is host training events for faculty and students to learn what sexual harassment is and how to prevent it.

“We want to get as much information out as we can,” Washington said.

Washington said trainings about harassment and discrimination are held weekly on campus. The next training about sexual harassment prevention and awareness is scheduled for 2 p.m. to 3 p.m. Thursday, April 28 in Edwards Hall room 114.

Washington said that with the exception of employees at Counseling and Psychological Services, most of the faculty and staff on campus must report any cases or harassment and assault they hear about to his office.

According to the University Police Department’s annual report of crime statistics, the most recent forcible sex offences – which include rape and forcible fondling – on campus occurred in 2014, where three sex-related crimes were committed on campus.

Washington said that for the most part, students who are victims of assault can decide for themselves if they would like an investigation to occur. However, in cases where a weapon is used or the rapist is suspected to be a serial offender, Washington will investigate.

“Before we can even educate students, we have to make sure it’s a safe campus,” Washington said.

While Washington’s office exists to educate about and investigate assault and harassment, he said there are a variety of other resources on campus for students.

These include the Dean of Students’ Office, the Student Affairs Office, UPD, CAPS and Housing and Residence Life.

The Office of Student Affairs has a case manager, Lauren Strunk, who is specifically designated to help students deal with the aftermath of sexual assault and other obstacles they face at FGCU.

“We have people all over campus helping these students as best we can,” Rollo said.

The Assault and Rape Information, Support and Education committee at FGCU is a group of faculty and staff who wish to educate the campus about sexual assault and help victims find support and information.

The committee has a website at fgcu.edu/ARISE with information about reporting a rape, and where to go both on and off campus for help.

UPD offers Rape Aggression Defense classes free of charge for all women. At the class, officers certified in the RAD self-defense system teach women basic self-defense techniques to protect themselves against sexual assault. The class is held once a month, with the exception of December.

FGCU began requiring incoming students to take a My Student Body educational online course in 2014. The course includes a module about sexual violence.

“We need multiple ways to do this, because people learn differently,” Rollo said.

Rollo said it’s important for FGCU to have a variety of different resources on campus for students to be educated about and help prevent sexual assault. Moving forward, he said he would like to work more information about awareness and prevention into FGCU’s orientation for freshmen and transfer students. Rollo also said he would like to work more with men’s groups, to help deal with male sexual assault.

“People do this all over the world,” Rollo said. “This isn’t our problem — it’s everyone’s problem.”

While Rollo said FGCU was already treating sexual assault as an important issue before it began receiving attention from the White House, he said the attention has had a positive impact — it has made people more likely to report sexual assault.

“Reporting something like this is very difficult for somebody,” Rollo said. “They know they’ll be challenged, they have the pain of going through it again … but it’s important.”