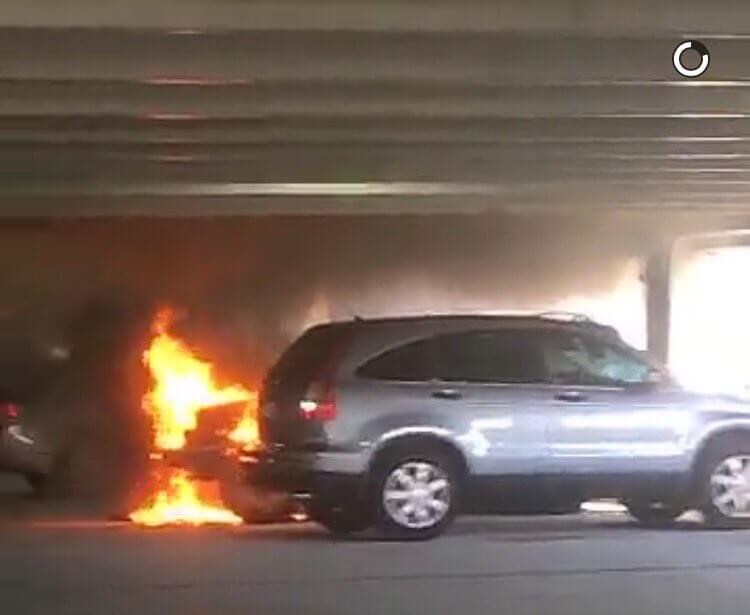 At approximately 5 p.m. on Thursday, Feb. 25, a green SUV caught fire for unknown reasons on the third floor of parking garage 4 behind Marieb Hall at FGCU.

Black smoke and a burning smell could be seen from Lutgert Hall to Reed Hall and Ben Hill Griffin Hall. The car was facing south toward Marieb Hall.

San Carlos Fire Department arrived to the scene by 5:15 p.m.

UPD sent a push alert to students at 5:23 p.m., warning them Garage 4 had been temporarily closed due to the fire.

The fire was put out by 5:25 p.m. The owner of the vehicle has been notified.

First responders confirmed that the fire was mostly an automotive issue, but were unsure of what caused it.

UPD Chief Moore said it was an engine fire that caused the flames and that it caused damage to more than one vehicle.

“That vehicle is a complete loss,” said Moore. “Two other vehicles received minor damage. Those owners are being contacted.”

Check back with Eagle News for more in this developing story.