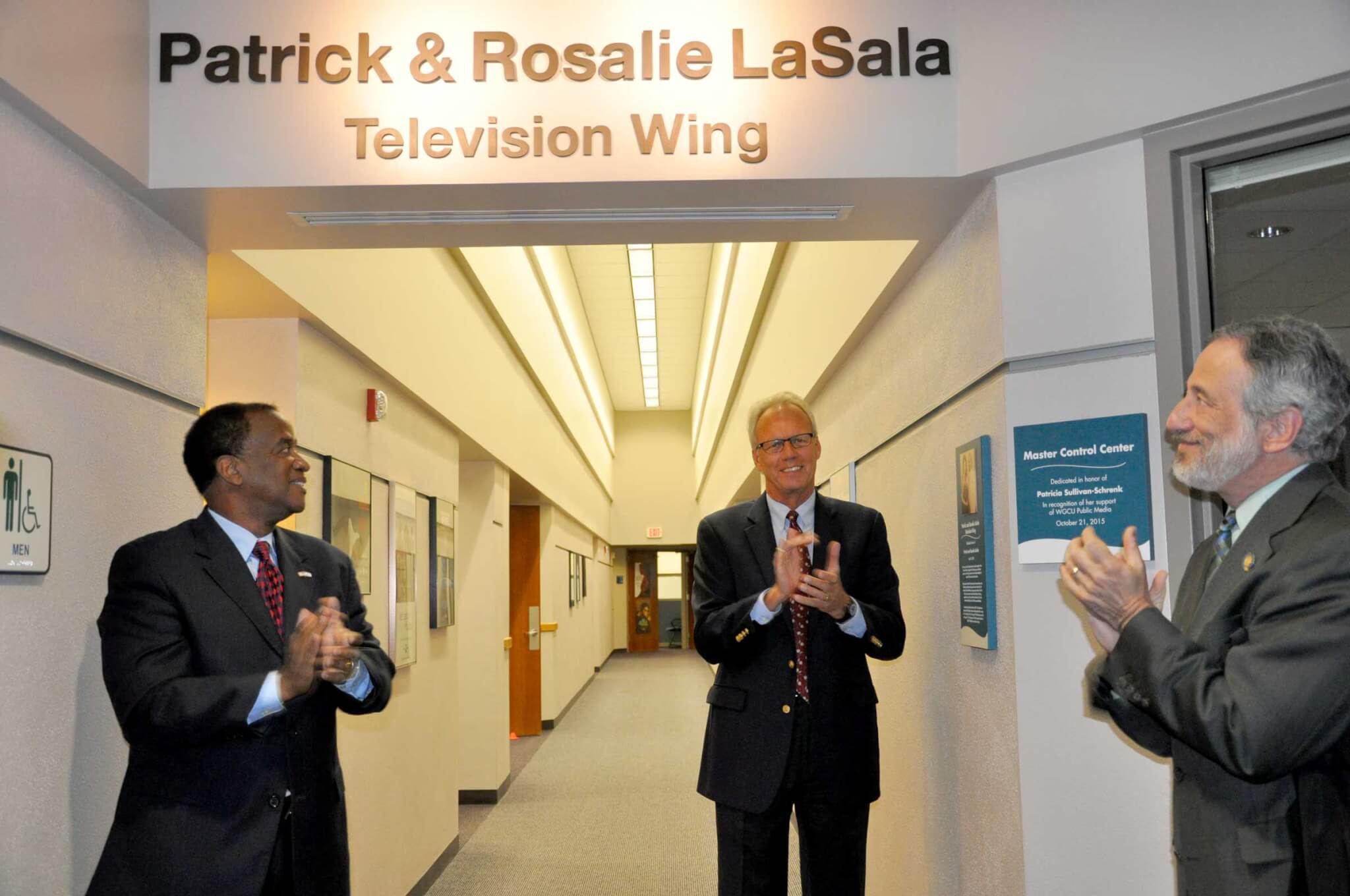 The Patrick and Rosalie LaSala Television Wing is revealed. (Special to Eagle News)

WGCU, the public media service on campus, received two donations on Wednesday, April 13, breaking the record for the largest single day of fundraising in the broadcast station’s history. Two new facilities were unveiled, the Patrick and Rosalie LaSala Television Wing and the Elizabeth B. McGraw Foundation Radio Studio.

The LaSalas, who moved from New York City to Port Charlotte in 2002, donated the largest single donation made to WGCU. At the request of their family, the station isn’t releasing the amount of the donation. The couple, who wintered in Southwest Florida before retiring, died within a year apart — Rosalie in 2014 at the age of 93 and Patrick in 2015 at the age of 95.

“The generosity of the LaSala family will provide significant funding for local productions for years to come,” WGCU general manager Rick Johnson said in a press release. “It is because of the passion and commitment of viewers like the LaSalas that we are able to provide the quality programming that epitomizes PBS and WGCU.”

Patrick’s favorite television segments produced at WGCU were the operas as well as the programs that discussed the history of the Southwest Florida area.

The Elizabeth B. McGraw foundation, which was established in 1991, donated $260,000 to WGCU. McGraw’s 15 grandchildren created the foundation to honor her memory and give back to several programs such as the arts, education and public broadcasting. These funds will be used to expand WGCU’s “Gulf Coast Live!” radio program to five days a week.

“The strength of public radio comes from listeners who believe that fact-based news, civil discussion and fair and unbiased news that is accessible to all is essential to Southwest Floridians and all Americans,” Johnson said in a press release. “This gift, in honor of a gracious woman who believed in education and an informed citizenry, will help WGCU realize its mission to serve Southwest Florida.”