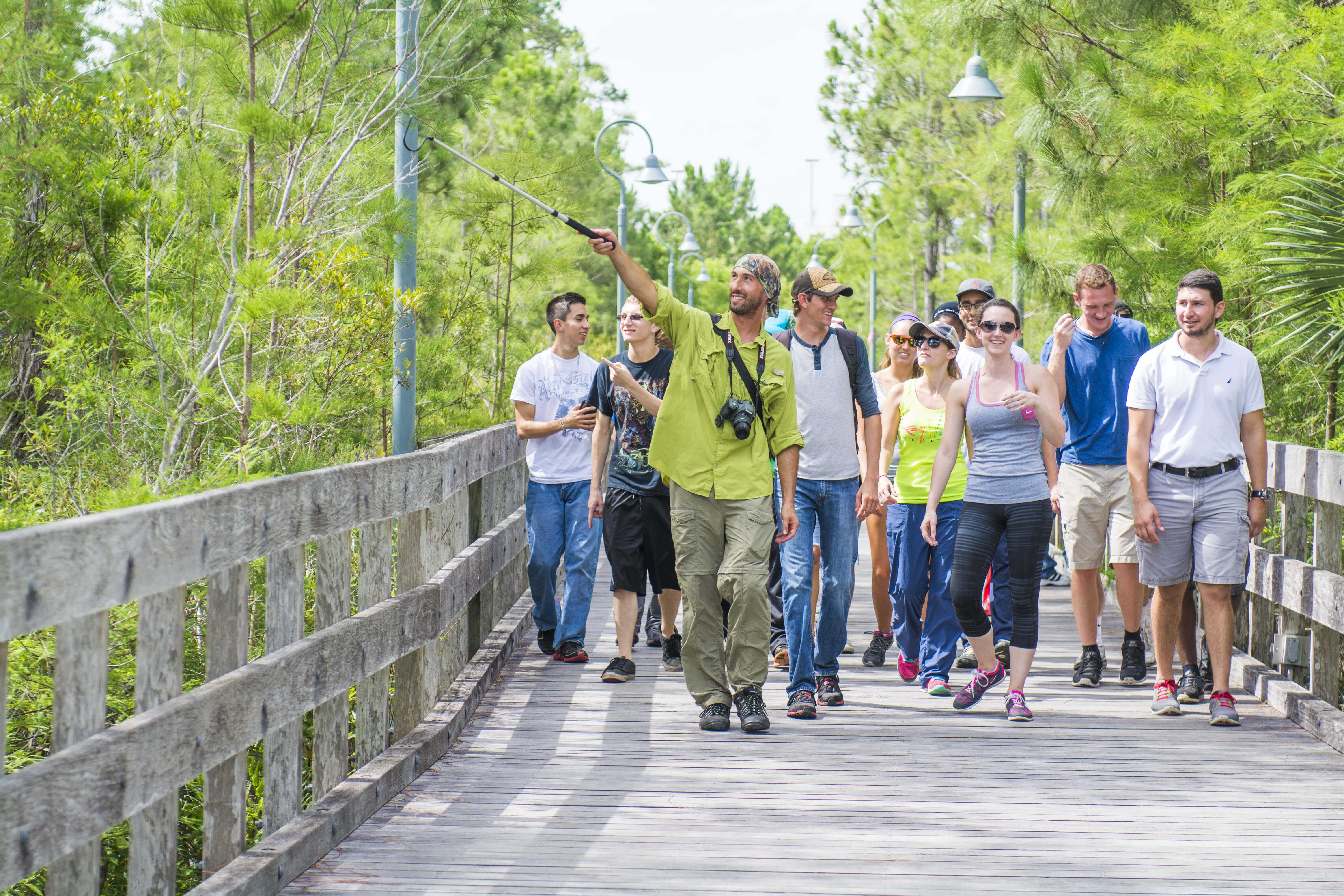 There are preliminary plans to build a boardwalk that might make it easier for Florida Gulf Coast University students to walk from South Village to main campus. FGCU’s Wildlife Club is concerned about the environmental impact of these plans.
“We do not know the reasons why they are proposing this, but we know it will come across our nature trails and ruin some habitat,” said Tara Baliban, a member of the Wildlife Club.
The club has started a petition to either stop the bridge from being built or slow down the process. At Eagles’ Earth Day, the club got more than 200 signatures from students, according to Baliban, a senior majoring in biology.
Steve Magiera, vice president for Administrative Services and Finance, confirmed there are plans to have a boardwalk, but it is in the early stages. There is no money for the boardwalk to be built and the plans will need approval from the U.S. Army Corps of Engineers. The boardwalk will cost about $1 million, according to Magiera.
“In order to get from campus to South Lake, students have to use the car bridge,” Magiera said. He believes the boardwalk will allow students to get to main campus faster than they can now.
“If someone wants to get over to SoVi, the car parking is challenging over there. We believe it will be well-used by students, faculty and staff,” Magiera said.
Danielle Graff, a freshman majoring in elementary education, agrees that the boardwalk will save a lot of time.
“I think students would walk more often,” Graff said. “They definitely would not get that freshman 20.”
The plans do not have a start or end point for the boardwalk, but Baliban believes the boardwalk may run across the nature trails.
“We want to preserve the nature trails that would be in the pathway of the bridge,” Baliban said. “Obviously they would get cut in half and we would lose whatever habitat is there.”
The Army Corps of Engineers looks at the effects any project will have on conservation areas. The boardwalk that was built from North Lake to parking garage 1 had the same inspection done and was built so that the boardwalk was not disruptive to the environment. Wildlife can still move underneath the boardwalk and the Army Corps looked at the plans from all angles.
Although Graff thought the boardwalk would encourage more people to walk, freshman Lauren Chauvin thinks the walk to campus is not that difficult now.
“I think it would be bad for the habitat because the walk to campus is really short,” Chauvin said. “I don’t really know how much shorter you can make it.”
The Wildlife Club hopes to continue to get signatures opposing the boardwalk, but for now, the school is waiting to get a permit from the Army Corps. Since it is early in the process, there are no dates for when the bridge would be started or completed.
If students are interested in contacting the Wildlife Club, they can email Baliban at tbaliban6038@eagle.fgcu.edu or visit FGCU Wildlife Club on Facebook.