Wings of Shelter hosts discussion about human trafficking at FGCU 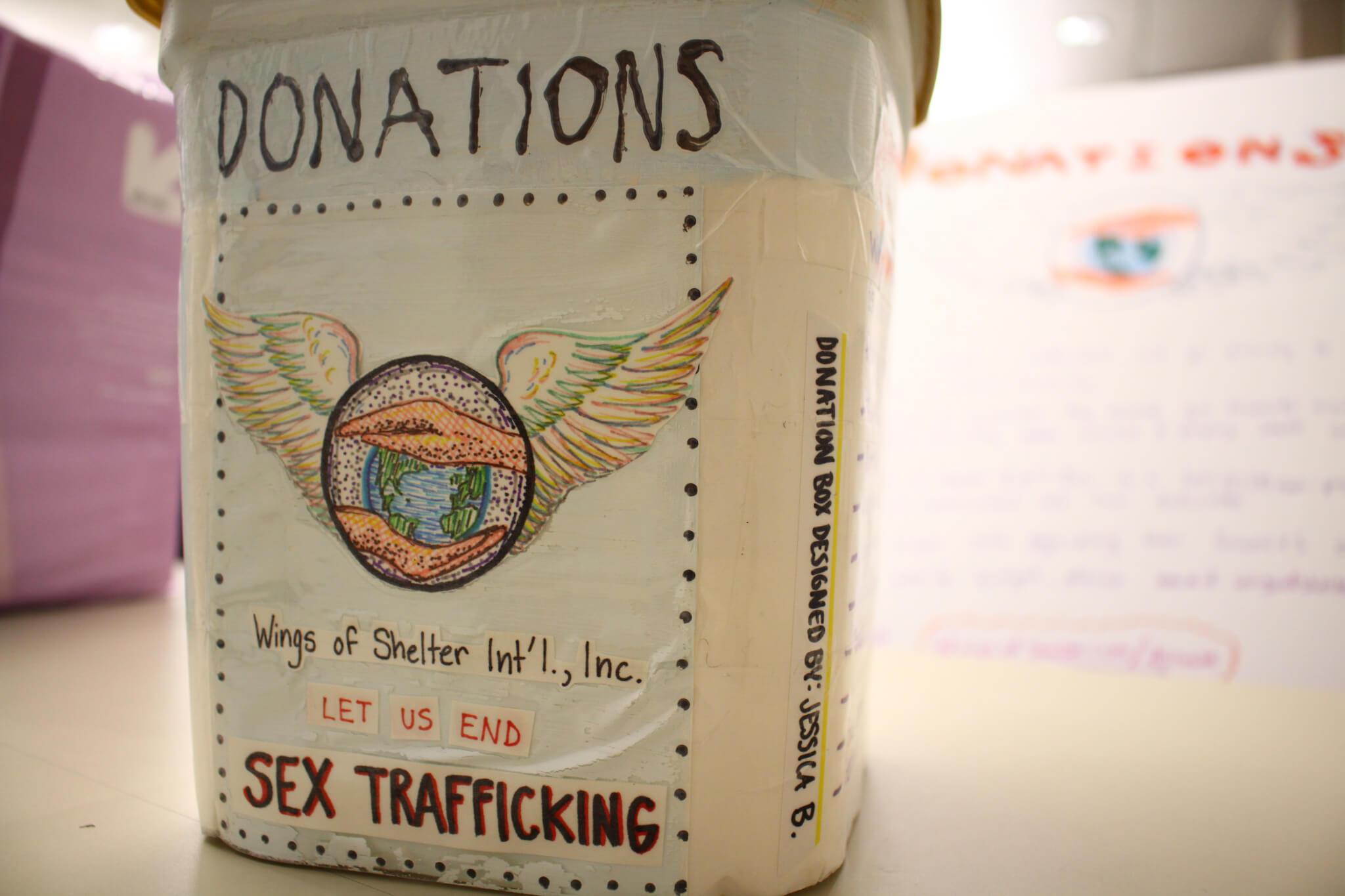 Eagle’s Wings, a civic engagement group comprised of several students, had a small jar where students could donate tips for those affected by sex trafficking. Money donated would go to the Wings of Shelter organization, which houses victims. (EN Photo / Javier Moncada)

Wings of Shelter, a local organization that dedicates itself to preventing and intervening against child sex trafficking in all areas, paired with FGCU civic engagement group, Eagle’s Wings, to host a presentation for students in Reed Hall on Nov. 9.

The presentation focused on educating FGCU students about sex trafficking and how it is present within our community.

“There’s a lot of different numbers going around as far as how much money human trafficking generates, and one of the things that makes it difficult to fight and prevent is that it is really hard to prove,” guest speaker Hillary Lemaster said. “It can be very difficult to actually identify who the victims are.”

Lemaster went on to explain facts about human trafficking, including the fact that it is the fastest-growing crime and the third largest behind weapons and drug trade.

“The thing with guns and drugs is that you sell them once and then they’re gone, but a human being can be sold multiple times,” Lemaster said.

Lemaster also informed the audience about the definition of domestic minor sex trafficking and how it happens all over the United States.

“Domestic minor sex trafficking is specifically the exploitation of American kids in American borders,” Lemaster said.  “Generally, people who may recognize that trafficking is happening here in Southwest Florida tend to have the assumption that the victims are people who have been brought here from others countries.”

Lemaster said that does occur but clarified that her work was mainly local.

“I worked specifically with the population of children whom for the most part, were born and raised in Florida, and were trafficked in Florida,” Lemaster said.

By bringing awareness to as many people as possible, Wings of Shelter and Eagle’s Wings hopes to be able to decrease the amount of victims in this trade.

“Essentially, what we’re seeing is that the more people are looking for it, the more they’re finding it,” Lemaster said. “It’s not happening any more today than it’s ever happened in the past, I don’t think. Maybe I’m wrong because things like the internet definitely allow it to thrive, but I think we’re just beginning to really start looking for it and, therefore, finding it.”

Lemaster continued by saying that domestic minor sex trafficking can include prostitution, whether that’s on the street or in a brothel or residential house, pornography, stripping or escort services and that there are estimates of about 100,000 American kids who are at risk or are victimized every year.

Ashley Giron, an FGCU student that attended the event, shared her thoughts on the discussion.

Giron said that, after the presentation, she plans to bring more awareness through leadership in her club, Eagles Empower, due to her belief that sex trafficking isn’t something that many students know is happening in our community.

All in all, the event was able to encourage many people to bring awareness against human trafficking and it educated them on the warning signs and how to help victims in that situation.