Bear hunt in Florida is canceled after just two days 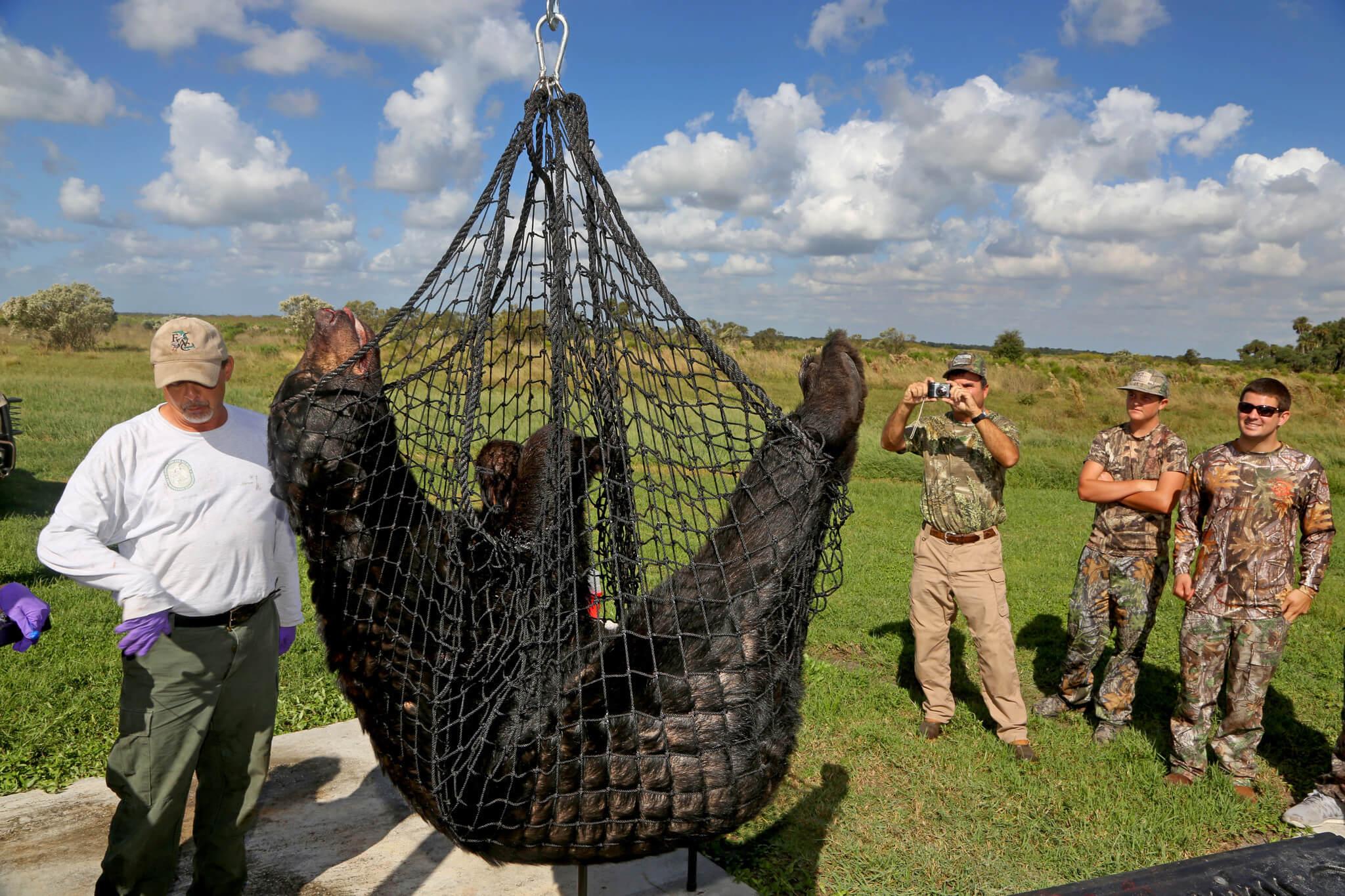 Hunters take pictures of the bear they killed during Florida’s bear hunt. Special to Eagle News.

Animal activists throughout Florida are outraged, as the first statewide bear hunt in 21 years commenced, and then abruptly ended, this week.

According to the Florida Fish and Wildlife Conservation Commission, the statewide quota of 320 bears was almost reached after only two days. The hunt was called off after 290 bears were bagged. and due to the thousands of hunters who rushed to get bear hunting licenses, another day of bear hunts could have been devastating to the Florida black bear.

Most of the bears were hunted within the eastern Panhandle, as proof FWC is using the fact that there was an abundance of bears in that area, but activists disagree. Frank Jackalone, the senior organizing manager of the Sierra Club of Florida, told the South Florida Sun Sentinel that the hunt was irresponsible, and bears shot and wounded weren’t accounted for.

“That is a disaster by anyone’s count,” Jackalone said. “We don’t know how many more bears were wounded and are dying in the forest, how many undersized bears were killed and just left there. We don’t know how many bear cubs were made orphans as a result of this hunt. We think that the FWC rolled the dice. The hunters found them and killed them very quickly, and the FWC was caught with their pants down. They were surprised.”

With speculations that the state wants to host another bear hunt next year, activist groups are questioning the leadership of the state. Diane Eggeman, director of the Hunting and Game Management Division, told the Sun Sentinel that the hunts should go on annually.

“It’s our intent to have a hunt annually,” she said. “Everything is on the table at this point. We’re going to assess how the hunt went.”

Eggeman said the organization is pursuing baiting cases and cases involving underweight bears, which would result in a $500 fine and 60 days in jail for any violators, but concern does not seem palpable.

In a state where alligators live in people’s backyards, there should be a check in perspective on how we handle wildlife. The reason bears come into our neighborhoods is not because they’re invading our space but because we as humans invaded their space long ago and decided it was ours to begin with. A better way to keep bears out of our communities would be to bear-proof trash cans and keep food sources away, so bears have no reason to meander on through.

The bear population, sitting at a few thousand in Florida, should not be eradicated by simply calling out a Wild West huntin’ season. With a little more care for our environment and some preparation on our part, we can avoid barbaric hunts to dwindle animal populations and step into a more civil relationship with Florida wildlife.