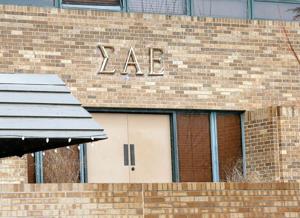 SAE house at University of Oklahoma.

From the perspective of a student who is non-Greek, I wanted to speak on the controversy regarding Sigma Alpha Epsilon. Undoubtedly, it has stirred up much controversy in the Greek community, the non-Greek community and the racial community.

I have seen the good, bad and the ugly of Greek life on my campus.

On the negative side, Greek organizations endure stereotypes such as members love to party, engage in excessive alcohol consumption, have very few friends prior to joining and etc. On the positive side, I have seen Greek organizations on my campus strive to promote unity, service to others, leadership, personal development, scholarship and empowerment through education.

The statement was a bad reflection upon their pillars in which they strive to uphold. According to the founding fathers of Sigma Alpha Epsilon, the fraternity is built on the values and goals of “Promoting the highest standards of friendship, scholarship and service for our members.”