Sexism: The cause for struggling women’s pro leagues 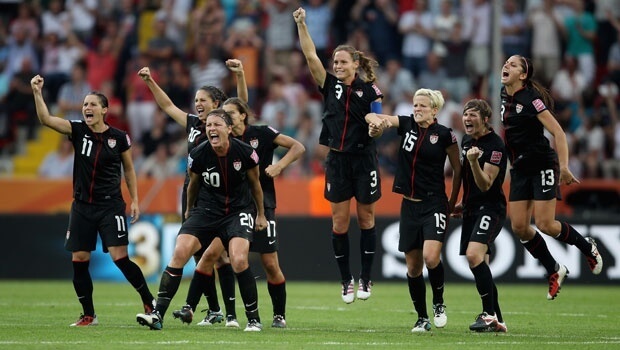 Sports — the thing that drives people to paint themselves, spend lots of money and stay up late even when there are more important things to do. Most people in the world are sports fans.

Whether you’re in Brazil watching the Olympics, England watching the Premier League or in the United States watching football, sports are everywhere, and they are huge deal.

We have five major professional sports leagues in the United States, each of which was founded before 1950. Major League Soccer is the most recently created, with its establishment in 1993. Men play in these leagues, and since before 1950, Americans have cheered on their men as they competed at the highest level of their respected sport, with women being left in the dust.

Why is this? Many believe it’s because women are not as good at sports as men, which is entirely untrue. Others say that it’s because there is not enough interest, which is also questionable.

In 2015, the U.S. women’s national soccer team set the television record for any men’s or women’s soccer game produced in English during its World Cup Final game, which it won.

There is interest, so why do other women’s professional leagues struggle?

When you turn on any sports news network, what do you normally see? I know that if I turn on ESPN, most of the time I see football, baseball and basketball highlights. I personally am a huge Florida Panthers hockey fan, and I never get to see highlights from my favorite team. Hockey isn’t shown much on ESPN, and when it is, it’s rare. Giant sports networks forget about leagues such as the NHL, MLS, NLL and others. It’s all about viewer ratings, which is sad.

These big sports networks also forget about women’s professional sports. The WNBA, NWHL and others are left in hindsight because a “30 for 30” documentary about a pro football player is “more interesting” than a professional women’s soccer or basketball game.

If you have ever watched a Major League Baseball game, the giant stadiums always seem like they are empty half the time. If this is America’s pastime, then why are so few tickets sold?

The NCAA Softball Tournament is shown on ESPN; those games are always exciting and sold out. So, why is there no professional softball league? There is a ton of talent, and according to SportsDestinationManagement.com, over 40 million people play softball every year. I believe that this is an indication that there is a huge interest in the sport and that a pro league would do well.

Women are fantastic at sports, and many times, their games can be more exciting than men’s. I think that men are afraid that a professional women’s league may do better than the men’s league. This is why women’s leagues lack television contracts.

The NFL is so popular because there is 24/7 coverage on it. I guarantee you that if any professional women’s sports league had lots of coverage on a big sports network, it would gain popularity because people would know what’s going on.

Our society is sexist, and although many will disagree with this statement, it’s true. Sports aside, women get paid less than men do and receive less opportunities to move higher in companies than men. It is 2016, and the fact that sexism still exists is disturbing.

I believe that because sexism still exists, professional women’s sports are not as successful as they could be. The U.S. women’s national soccer team is currently involved in a lawsuit with the U.S. Soccer Federation because, according to The New York Times, it only gets paid $1,350 for a win against a top opponent. This is a lot of money, but compared to the $17,625 the men’s team gets paid for the same kind of win, it’s a bit ridiculous. Plus, the men’s team gets paid when it loses too. The men get $5,000 for a loss in a friendly match while the women get nothing. Is this fair?

There are a lot of talented women out there who could excel at sports but either don’t play because they are told that sports are for guys or because they can’t show off their skills to the nation since their sport ends at the college level.

There are some incredible softball, soccer, football and hockey players in college who are women, but they can’t continue playing the game they love because there are so few professional women’s leagues.

Did you know that there is a Women’s English Premier League? A National Women’s Hockey League in the United States? These leagues exist, but with such little media attention, they can barely afford to stay running.

In order to keep these leagues open, people have to stop being sexist and understand that women are just as good at sports as men are. Their games can be exciting and boring, just like men’s. Women just need to be given the chance, and the media is preventing that.

When will sports be less about money and ratings and more about the game itself and the talent displayed? There are many incredible individuals who are not being given the chance to play because they don’t have the opportunity to.

At FGCU, many of the women’s teams have had more success than the men’s teams. When I was at Eagle Expo, I looked at the trophy case and every other trophy was for a women’s team. There is talent out there. Team owners and networks need to see this and give these women the opportunity to show their stuff. It will truly amaze people.