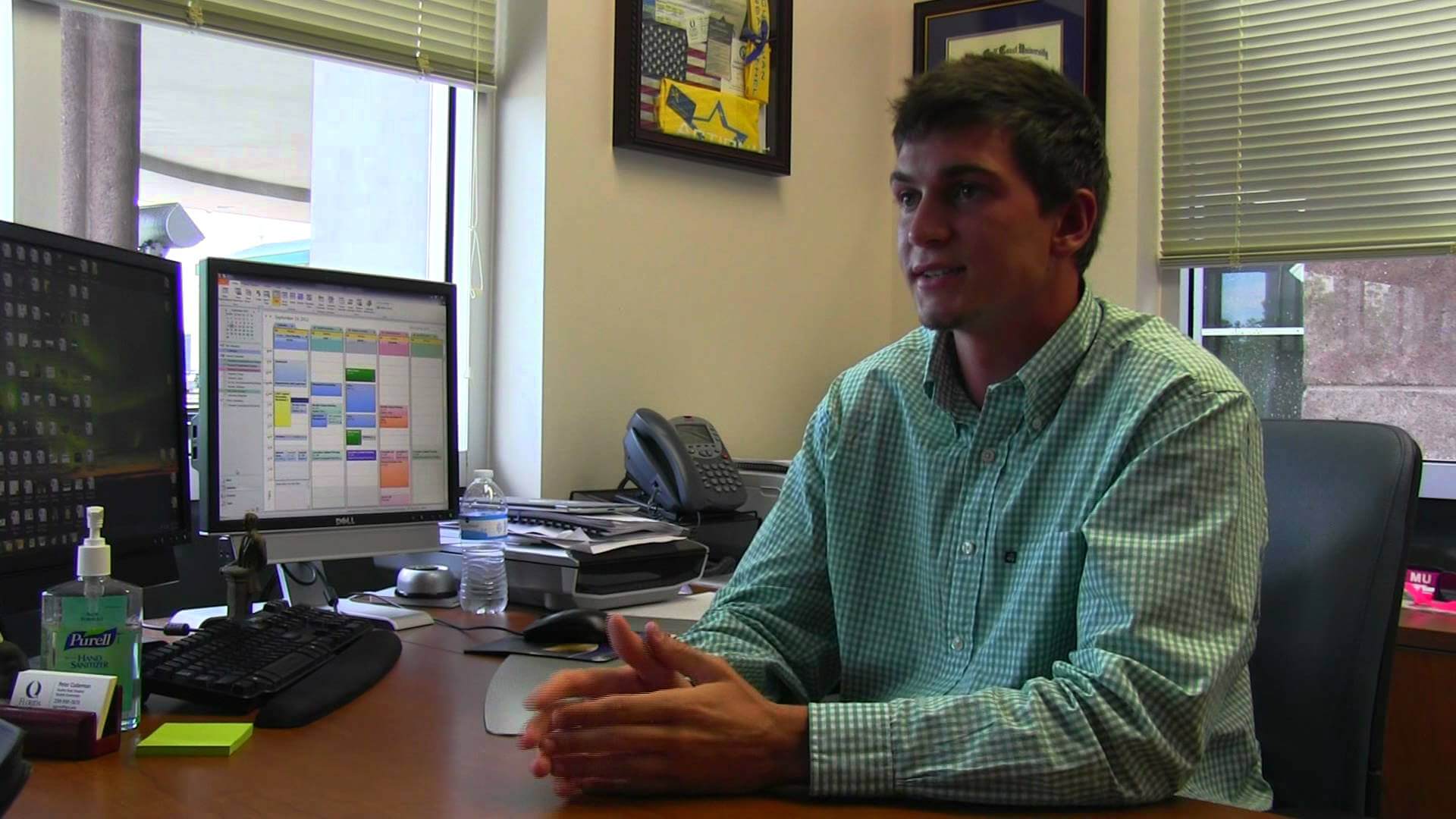 If you haven’t heard, FGCU student body President Peter Cuderman plans to graduate and attend the Marines, a goal he’s had since middle school. He delegated duties last week to Cubillo, effective April 1.

A significant achievement Cuderman accomplished during his occupancy was his role in accessibility to students and  involvement in the library hours challenge.

In Dec. 2012, Cuderman attributed the success of reinstating library hours to a student petition. The proposed bill for library hours extension was passed unanimously.

Then after two years, Rainwater conducted investigative reporting, writing: “How can SG spend this kind of money on a website? Moreover, where was the bill process that gave checks and balances to the spending of $19,500 when there are massive  budget shortages and our tuition has increased? Why not fund the readership program?”

This year, despite the tumultuous atmosphere of affairs, Cuderman has stuck to delivering on his word. His goals on the student government website dedicated to student life include:

Except for student-run radio station, Cuderman has done a fair attempt reaching these goals. The merits, and the amount of money spent in order to reach those goals are questionable.

Rainwater comments that T-shirt purchases are questionable, as well as the new site. She says expenses aren’t necessary and should be reallocated for other uses. But the timing of these purchases couldn’t have been better investment – FGCU merchandise has recently been flying off the shelves, largely due to the athletic achievements across the board in men’s and women’s sports at FGCU.

Before FGCU men’s basketball played against Sweet 16 opponent  University of Florida, Cuderman as student body president spoke on CNN. Soon, Cubillo will assume the position, but please refrain from fist-pumping and shouting an issue you consider important at Cubillo.

I am impressed Cubillo narrowed his focus to the campus barber shop and movie theater (as said on the Feb. 27 debate), sticking to his mantra of “no empty promises,” yet these goals may not be in the best interest of the entire student population and environment.

“By the end of our term, we want to show that we got started and we made progress on the things we offered,” Cubillo said to Eagle News on March 19.

Cody Lo, a senior majoring in criminal justice, is in favor of a movie theater on campus due to the growing student body population and due to the ability to provide shelter from weather during rainy season.

Cubillo may be onto something here: A movie theater would provide an outlet to showcase art work and films by students of FGCU as well as community professionals. He can easily justify allocation from A & S funds to ensure this campus experience is incorporated into tuition fees. Tourism expenditures amount to $2.5 billion, and $22.8 million in tax revenue in Lee County.

Along with a possible football team, which Ben Hill Griffin may have implied with his $12,500 scholarship fund, and Cuderman’s ambitions to create a veteran’s memorial, FGCU as you know it may not be the FGCU you see as an alumni years from now.

Lo, who has long straight black hair trimmed cleanly with scissors, did not have a preference for the barber shop. Cubillo’s sources said no barbershop within a 20-mile radius is feasible and a high demand is already in place.

“Gratuity is usually necessary. I feel they [the barbers] may be upset. It could cause potential problems,” Lo said.

Cubillo should politic ethically in regards to land allocated to expansion as well as to preservation. Our principal is to the community. The University has implemented actions that are intended to set the model across college campuses. The LEED Certification of Academic Building 7 is the first academic/lab building in Florida to achieve “fourth Platinum-certified project.”

The University has grown to over 13,000 students. Cubillo will be competing with Cuderman’s past achievements and ability to politic effectively. As a leader of the Kappa Alpha fraternity, Cuderman entered his position by building a diverse network.

In May 2013, the veterans memorial is expected to be completed, offering a place for service members who need help in transition from combat to college. Construction is expected to exceed the $150,000 expected to cover building costs by $50,000 dollars.

Luis Vargus, who is returning as student body vice president for a second consecutive year, is a product of Cuderman’s ability to inspire confidence, having left his former position as advertisement manager for Eagle News.

“He [Cuderman] eventually wants to run for political office and he wants to make sure that he served his country before he takes any position of that sort,” said Vargas. “If he wants to do it, he likes to do it.”