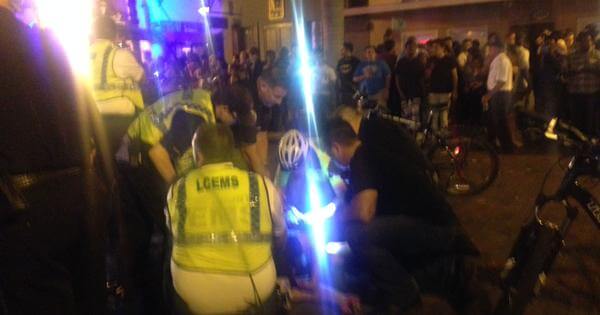 Zombicon isn’t really my scene; the last time I dressed up for Halloween, I was 20 years old and a ladybug.

Regardless of that fact, I have friends, and those friends like zombies, and from what I understand, zombies can be cool.

Zombies are morbid. They are literally representations of walking dead people. The growing popularity of “The Walking Dead” seems to have had quite the effect on this uptrend.

So, for several years now, there have been festivals dedicated to zombies. People dress up as zombies: splattering fake blood on themselves, and marveling at how cool, or realistic, or gory, or lame everyone else’s costumes are. The more detailed and realistic, the better.

People may be inspired by “The Walking Dead” for

their costumes and makeup, but I doubt that the show’s violence was intended to be an inspiration as well.

Unfortunately, at this year’s Fort Myers Zombicon, there was a shooting that resulted in a real death.

Twenty-year-old Expavious Tyrell Taylor of Okeechobee was shot and killed, while five others were wounded, one who refused medical attention, as reported by CNN.

Zombicon in Fort Myers is organized by Pushing Daizies, which is a local artists’ charity. It posted on its Facebook page, “We take the safety of our patrons very seriously and take precautions in hiring security and police officers for our annual event.”

With recent talks about gun control being so prevalent, this is just one more shooting that will go down in the books of 2015 being one of the most violent years for shootings in the US.

FGCU sophomore Rose Scurlock was at Zombicon for

the first time, and probably her last. “It was really scary. I was at my job, which is on the street where everyone was walking. We heard the gunshots and then you just saw thousands of people running. We locked our doors and were stuck inside for hours.”

Instead, what made the news was tragedy.

This is one of those situations that makes your heart heavy. It makes you stop to ask, “Why?” It probably makes you angry. Above all those things though, it reminded me to be grateful to be alive. Random acts of violence like this can happen to anybody.

So, hug a loved one, hug yourself, and be thankful you’re alive.