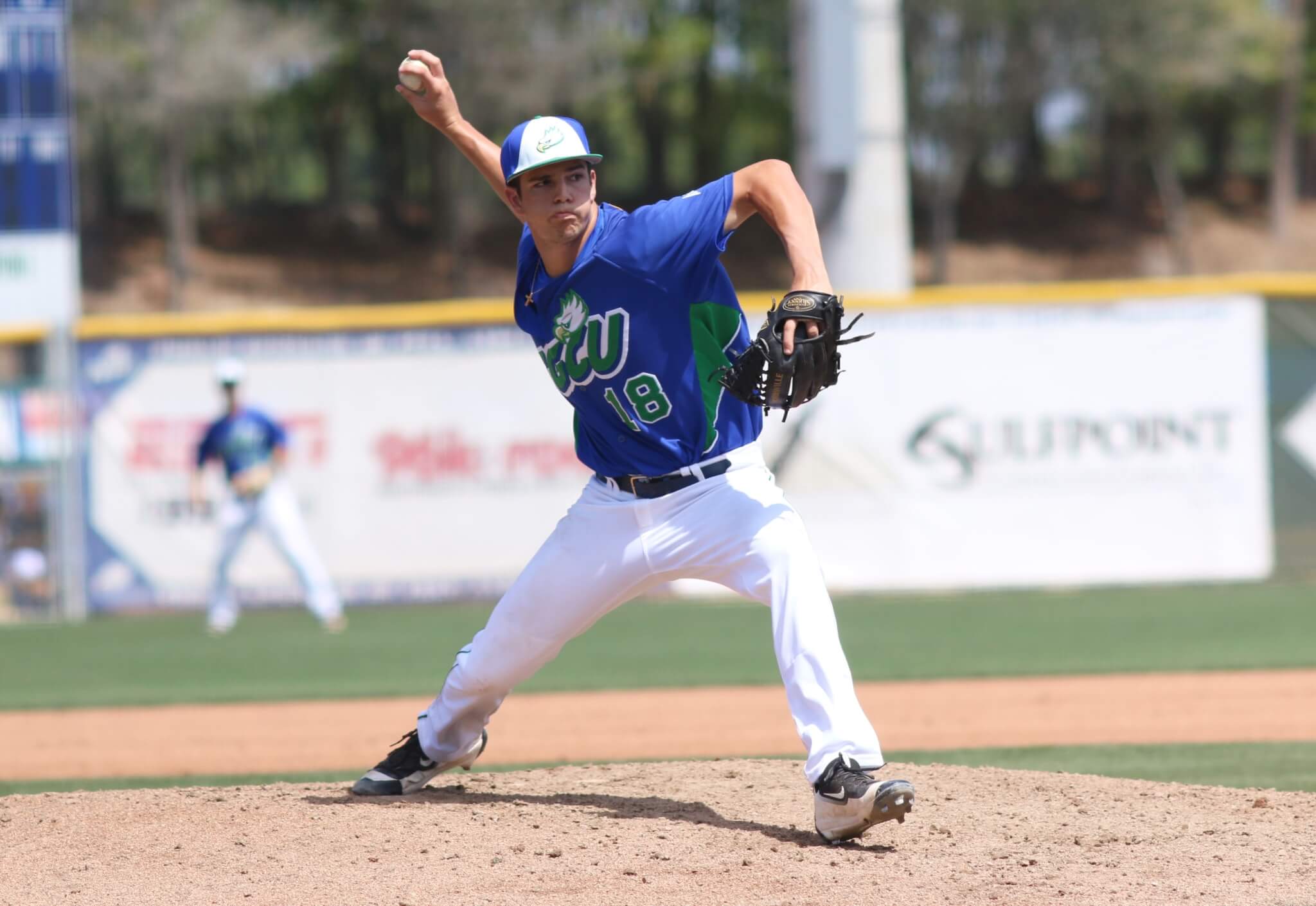 Behind a 4-for-4 day from the plate from senior designated hitter Nick Rivera, the FGCU baseball team (7-9) wrapped up its four-game series versus Quinnipiac (5-7) with a 10-3 win in the series finale Sunday afternoon at Swanson Stadium.

FGCU wrapped up the four-game set having scored 37 runs on 46 hits.

This was the Eagles second straight series win after dropping their first two weekend series at No. 1 Florida and versus defending Big Ten Champion Illinois.

Team stand out Jake Noll booked 10-for-20 (.500) from the plate with eight runs, three home runs and 14 RBI. He extended his hit streak to 14 games and his on-base streak to 26 games dating back to last season Sunday.
Senior Rivera added a pair of home runs of his own, the 25th and 26th of his career, and now sits in sole possession of third place in the FGCU record books. He went 8-for-17 (.471) with five RBI in the four-game series.

Up next, the team will host Rutgers on Tuesday and Wednesday at the Swanson Stadium. The teams have not met since 2012, where the Eagles lost 0-2 to Rutgers in a two-game series.