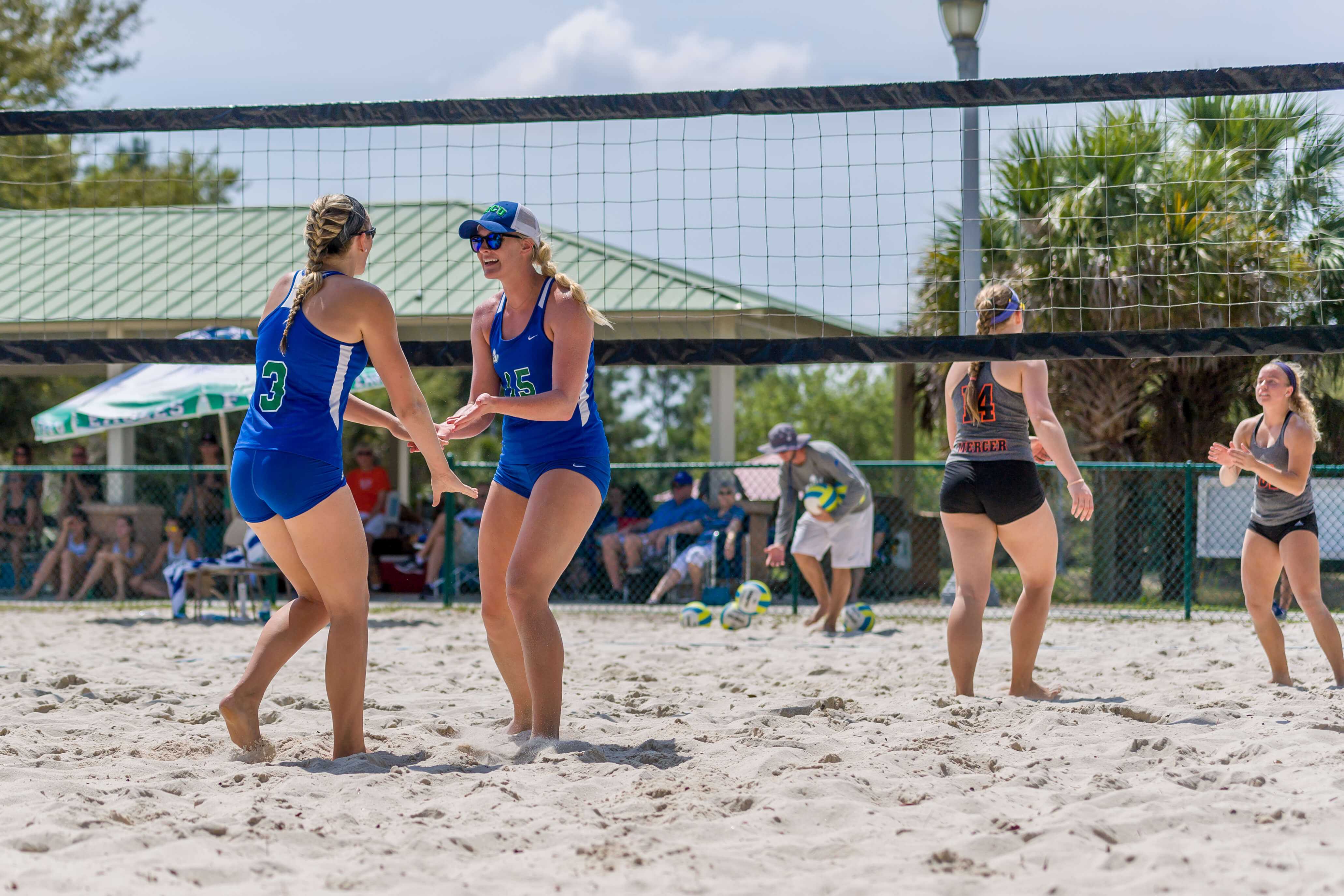 Elisa Anne Aldrich and Madi Wilcox took an early 11-5 lead, closing the first set with a 21-14 win. Aldrich and Wilcox trailed throughout the second set, but after falling behind 12-9, the Eagle duo ended up tying the set at 18-18. However, the pairing of Sandra Skarkova and Sabina Gerard forced a tough third set. Closing an early deficit to 11-8 in favor of the Warriors, the match ended 15-9 in favor of Webber International.

Amanda Carroll and Mackenzie Allen trailed 8-6 but quickly made a 7-0 run to move in front 13-8. However, the No. 2 duo lost the lead when the team of Sophie Rossard and Amanda Hayko tied the match at 13-13. In the end, Carroll and Allen pushed past Rossard and Hayka with a 21-18 win in the first set.

Karissa Rhoades and Ashley Glickert had a confident 21-13 win in their first set at No. 3 over Dawson Boese and Lauren Dehls. Meanwhile, at the No. 1 spot, Vanessa Benke and Eleonora Kazarian faced a tough match against Nikki McDaniel and Alex Spadaro, dropping the first set 21-17. However, in the decisive final match of the day, Benke and Kazarian closed with a 15-7 victory.

FGCU’s No. 2 and No. 3 pairings grabbed early leads in their second sets. Glickert and Rhoades finished off the match 21-12 while Allen and Carroll secured a 21-12 second set win.

“Overall, it was pretty good,” FGCU head coach Matt Botsford said. “We need to be better heading into our upcoming matches though. We’ve been training at a bit of a higher level, and Webber was able to pressure us in a way our players didn’t anticipate. And, we need to manage that better.”

Next, the team goes back on the road to face Eckerd in St. Petersburg at 4 p.m. Tuesday, April 4.