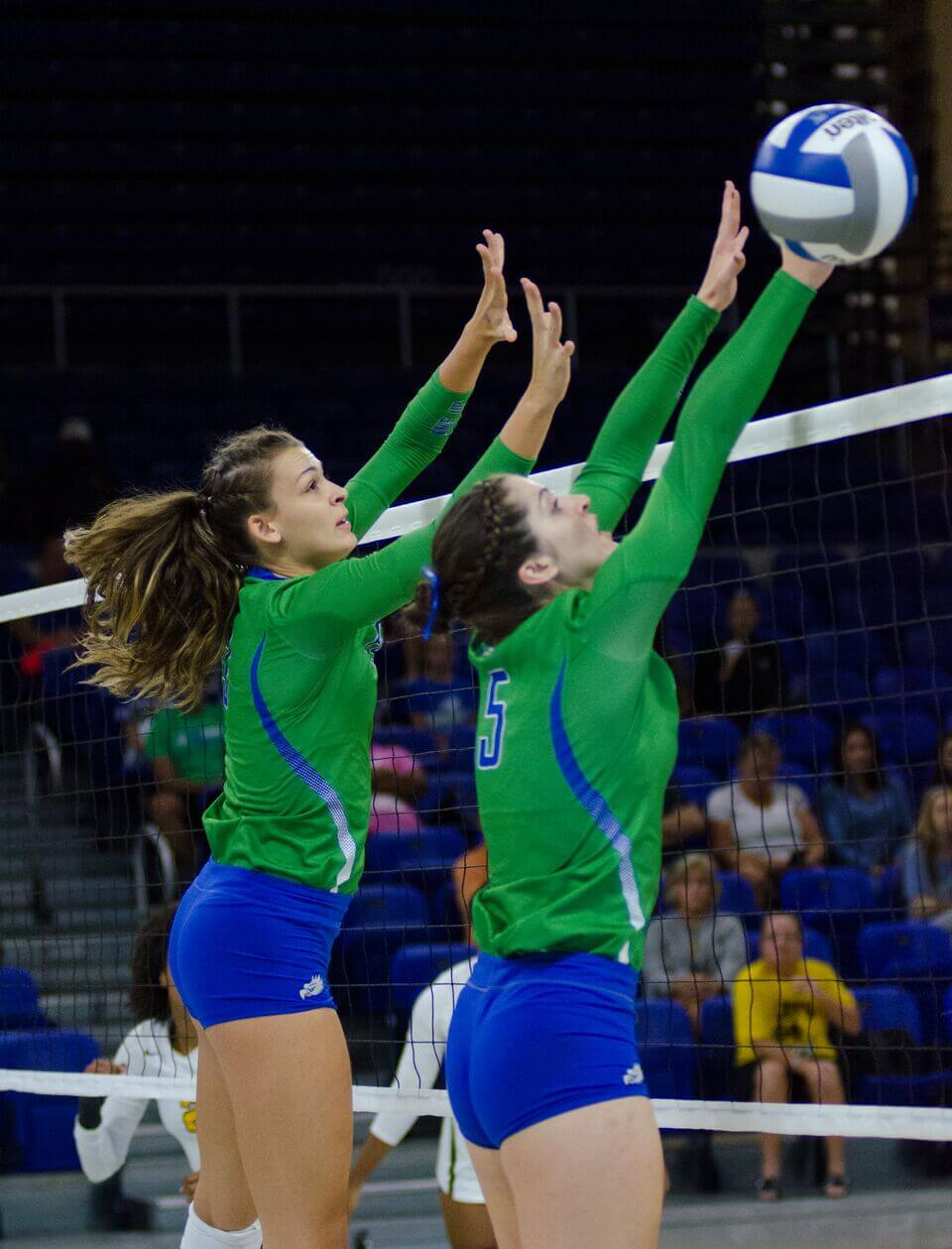 The Eagles came out on top with 43 kills, while keeping errors limited to 14. Jacksonville rallied up 36 kills and 23 attacking errors. FGCU capitalized on Jacksonville errors, putting up a strong block, which accumulated 11 block kills throughout the match.

Maggie Rick had 39 assists on 43 kills from the Eagles, and set a new conference high for herself with 10.73 assists per set, which contributed to FGCU’s win.

After a tough loss against UNF Friday evening, FGCU opened up this match with great intensity and a strong defensive. JU took the lead briefly, but FGCU dominated again with three kills from Giovanni Borgiotti to give FGCU a three-point lead, 12-9.

FGCU held onto the lead for the rest of the set, and two consecutive kills from Leigh Pudwill ended the first set with the advantage for the Eagles, 25-19.

The second set was much like the first, with intensity and accuracy from the Eagles’ offense and defense.

The Eagles were able to shut down the Dolphins’ offense with big defensive blocks; Amanda Carroll had four blocks and Marlene Moeller totaled five. FGCU immediately took over in the second set with a six-point lead, 7-1.

FGCU held onto the lead throughout the second set and worked to get in sync on offense to create a larger score gap. JU tried for a comeback, but FGCU clawed its way to victory in the second set, 25-19.

Set three started off much like the first two, with another early lead for FGCU. At 10-4, back-to-back Eagles blocks caused Jacksonville to take a timeout.

After the timeout, FGCU collected three more blocks, two from Carroll and one from Pudwill, totaling five for the set. A four-point run, two of those kills from Carroll, gave FGCU a 25-17 set win and a 3-0 victory in the match.

“We had a good combination of serving and blocking from the entire team tonight,” head coach, Matt Botsford, said. “We’re still a bit out of rhythm offensively, and we’re going to have to work hard this week to make some strides in that area.”

Next, the Eagles will come back home for their final regular-season matches of the 2016 season. FGCU will take on Lipscomb at 6 p.m. on Friday, Nov. 4, then Kennesaw State on Saturday, Nov. 5 at 7 p.m.