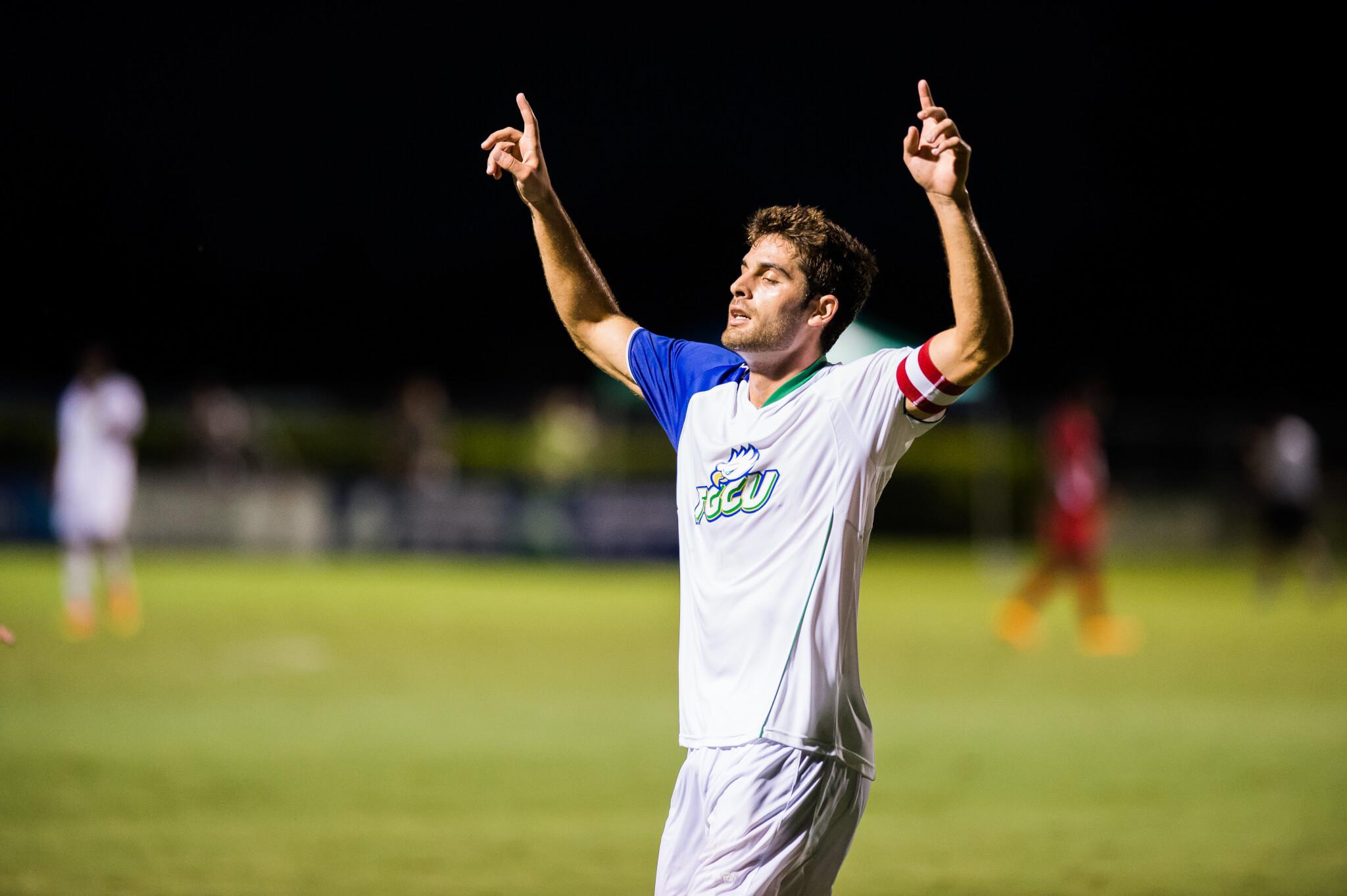 On the eve of being named to the NSCAA Southeast Region First Team, Albert Ruiz was named a NSCAA First Team All American, becoming the first All-American in FGCU men’s soccer program history.

After leading the nation in goals and points, Ruiz is the first Atlantic Sun Conference member to receive an All-American selection since 2011 and the first All-American First Team member since 1997.

“It’s truly an honor for me to represent this amazing school throughout the country and around the world,” Ruiz said to FGCU Athletics. “I’ll be forever thankful for everything I’ve received here at FGCU. I can’t thank my teammates, coaches and FGCU community enough for helping make this happen.”

“It’s another great and well-deserved honor (for) Albert,” FGCU head coach Bob Butehorn said to FGCU Athletics. “He has worked tremendously hard for this honor, even if it’s not a goal of his. He’s always putting the team ahead of his individual accolades, so it’s nice to see him rewarded in an individual fashion like this. I couldn’t be happier for him.”

Ruiz and the other members of the All-American first and second team’s will be recognized for their achievements at the NSCAA All-American Luncheon on Jan. 14 at the Los Angeles Convention Center during the 2017 NSCAA Convention.