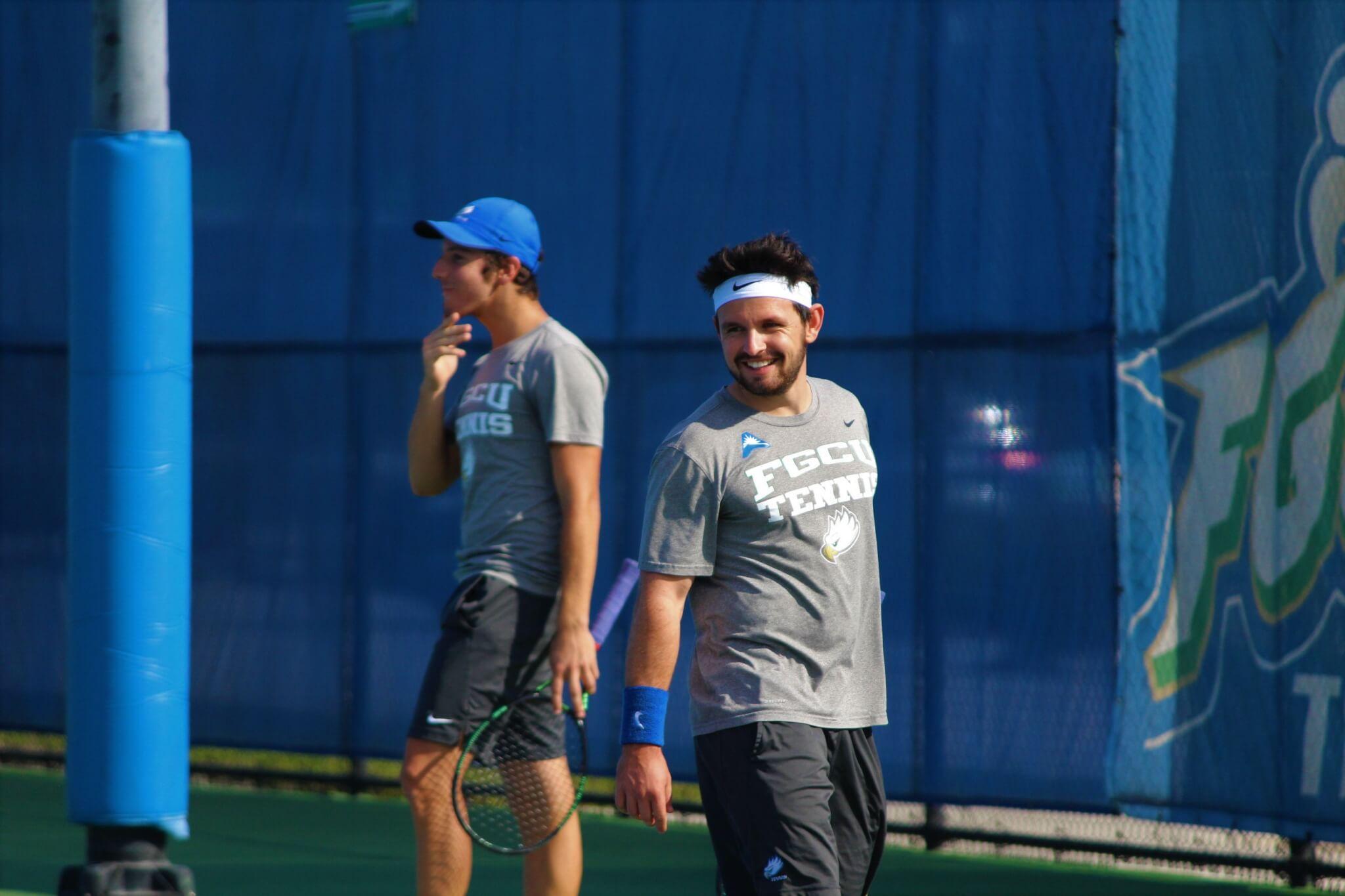 “It’s something that coach J Webb Horton started when we were players, and he would always bring alumni back for a match,” said FGCU Hall of Fame member Steve Binniger. “When we participated, it was a lot of fun to grow with the FGCU family. It’s great to come here and see the guys working hard and competing.”

Holding the alumni match open to the public for the first time in the program’s existence, the Eagles put on a show in doubles matches, featuring current players against past players.

“Everybody who touches this program is a part of this family,” said FGCU head coach CJ Weber. “Our fans are a big part of that, and our fans have been coming out here for years. And, we have several alumni that are fan favorites, and I thought it would be a really nice treat for them to come out and see some of the alumni as well as the current players.” 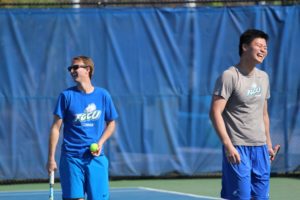 Steve Binniger (left) and Tianyu Bao (right) share a laugh after talking about why they never competed as a doubles team. (EN Photo / Miguel Rodriguez)

The current Eagles said they were very grateful to have the alumni present and share stories from past seasons.

“It’s amazing to see the old faces, especially the teammates that I used to play with,” said current tennis player Andres Alfonzo. “It’s a very special event, and I really support the idea of bringing as many alumni to this event as possible. They bring a lot of stories and a lot of culture from past years. It’s very nice to know how they see this program changing and just to listen to their experience here, what we can do to improve their records and everything they have done here at the program.”

Creating new memories to go along with the memories they made on the court, the alumni joked about playing doubles together for the first time, and shared many laughs as they sometimes struggled to shake off the rust.

“We don’t always get to talk, so to be back on the courts, reliving the memories and watching the program grow is special,” Lvovsky said. “You remember where you slept, your classes, and obviously the school has changed. It’s been six years since I graduated, and it just brings back a lot of memories — good times, bad losses — but that’s all a part of the game.”

The Eagles will be back in action at 6 p.m. Friday, Feb. 3 when they take on Bethune-Cookman at the FGCU Tennis Complex.