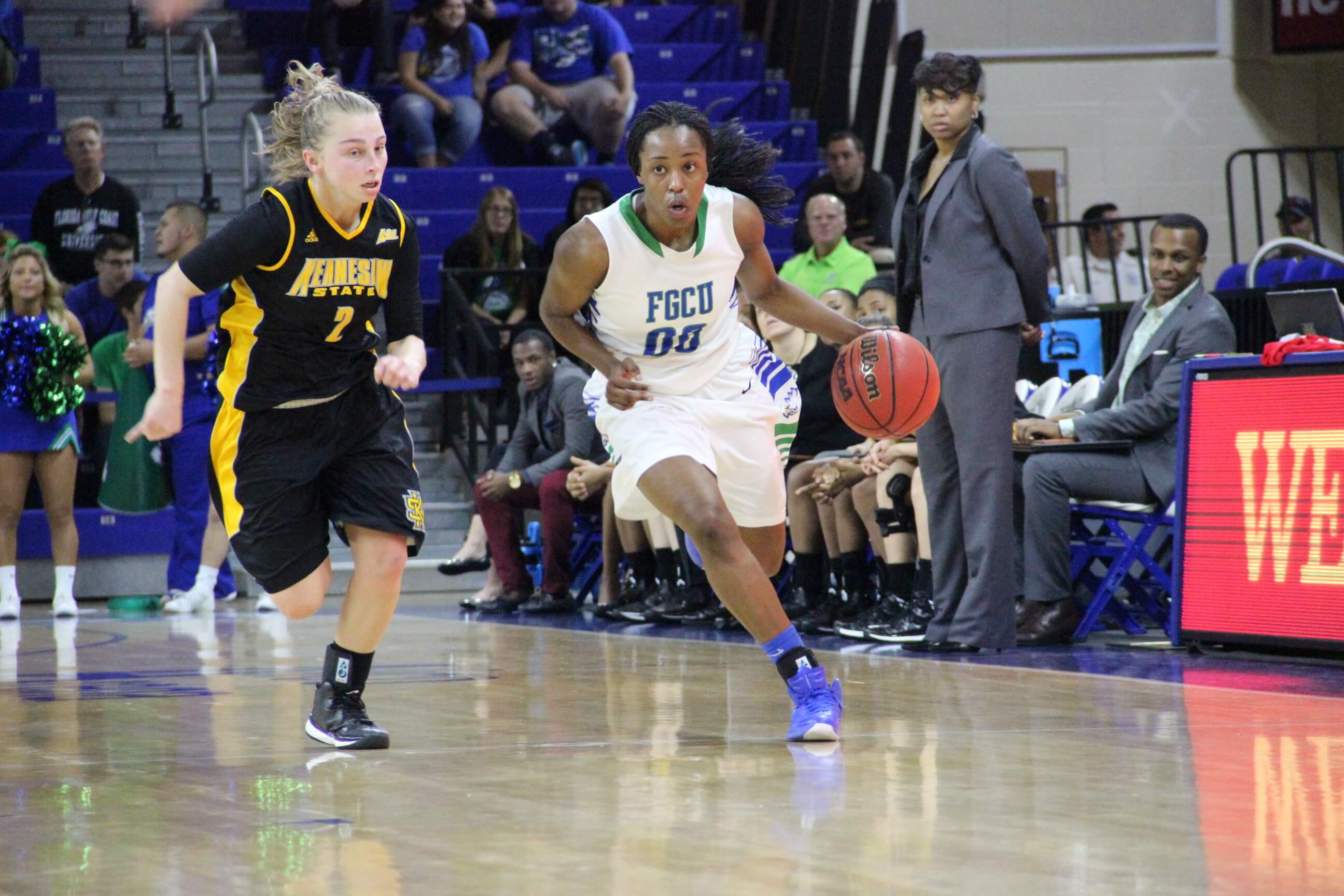 The 2015-16 Atlantic Sun women’s basketball season is officially underway as of Friday, Nov. 13.

UNF will kick off the A-Sun women’s basketball season with an afternoon game against UNKC.

The Atlantic Sun Conference, headquartered in Macon, Georgia, is an NCAA Division I league with eight member institutions.

The conference has been active leading up to tip off, taking preseason polls and granting preseason honors and awards. FGCU swept the women’s polls, awards and honors.

The FGCU women’s basketball team ranked No. 22 in espnW’s NCAA 2015-16 Preseason Poll and first in the A-Sun media and coach’s polls.

Kaneisha Atwater was selected as the Preseason Defensive Player of the Year. The senior had 58 steals last season, third most in the conference and helped the Eagles to the regular season and tournament titles.

Last season, FGCU earned the conference’s first NCAA Tournament victory since 1998, while also tying the league’s highest-ever seeding at No. 7.

The kick off weekend is scheduled as follows: ­