Atwater scores 25 for FGCU in close game with No. 9 Mississippi State 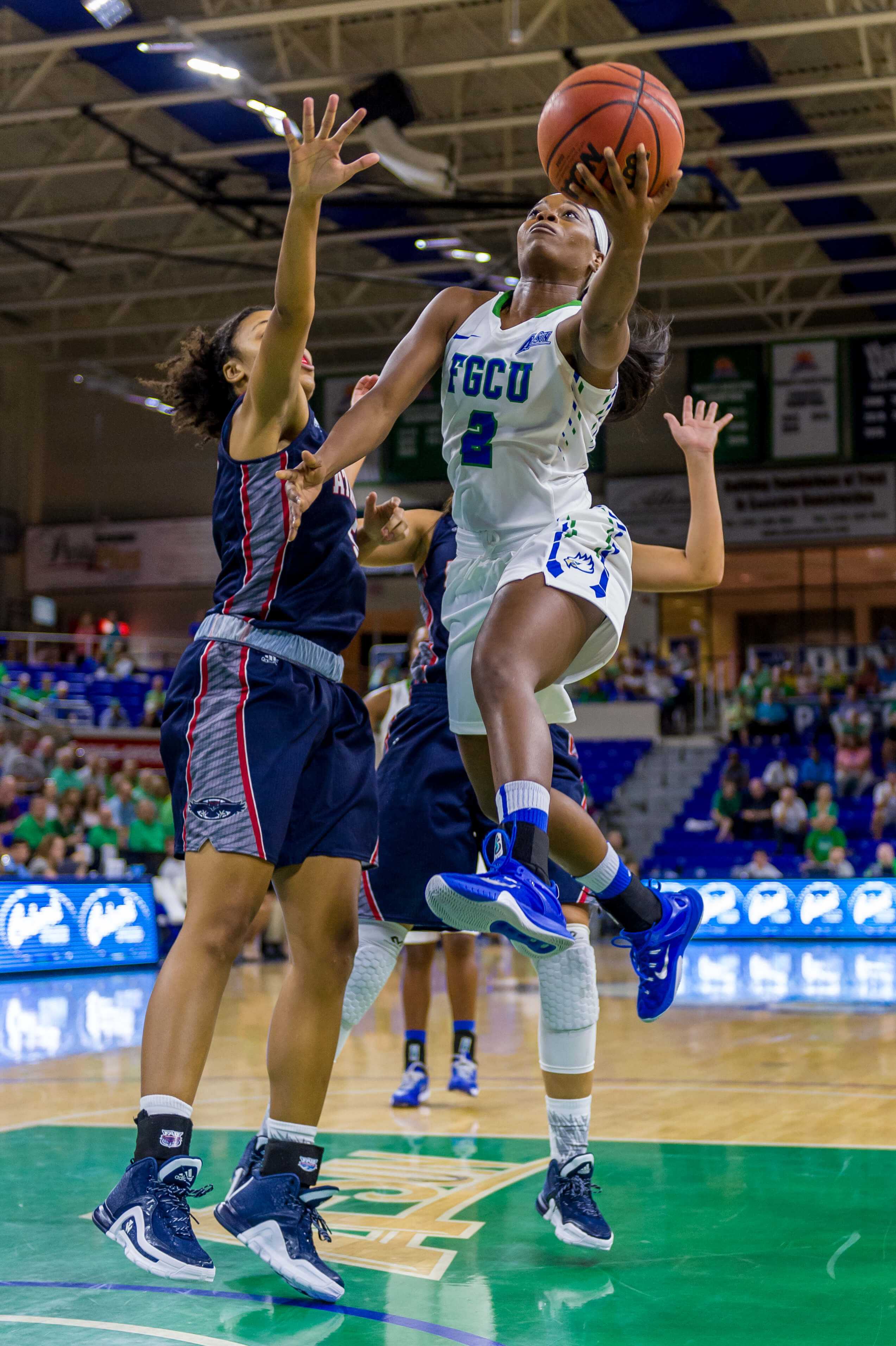 Despite a powerful second half, the FGCU women’s basketball team was unable to earn a win against the No. 9-ranked Mississippi State in the 2015 Puerto Rican Classic on Saturday afternoon. FGCU fell to Mississippi State, 65-60.

In the first half, FGCU trailed the top-10 team, 41-29, being outscored by six in the first and second quarters. However, the Eagles led a powerful third quarter, outscoring Mississippi State 21-12 to put themselves within three going into the fourth quarter. In the fourth, FGCU kept the game close. FGCU was unable to earn the win against Mississippi State, holding the lead with a 12-10 quarter.

FGCU senior Kaneisha Atwater led the floor with 25 points on Saturday, earning 5 rebounds and shooting 50 percent from the field. Atwater’s 25 points are just two shy of her season high against Akron. Atwater holds the FGCU Division I single-game record of 33 points, which she earned against Providence in the 2014-15 season.

Senior guard and Atlantic Sun Player of the Year Whitney Knight made an impact in Saturday’s game following a foot injury that kept the 6-3 guard off the court for nine games this season. Knight scored 8 points and 4 rebounds, the second-highest on the team. Knight’s 23 minutes on the court is the most she’s played this season.

In Knight’s debut this season last week in Providence, she powered the offense, scoring 16 points and 10 rebounds, earning her 12th career double-double.

FGCU moves to a 7-4 record, as it prepares to face Arizona on Sunday at 11 a.m. The game will be live-streamed at http://www.livefrompr.com/puertoricoclassic.html.