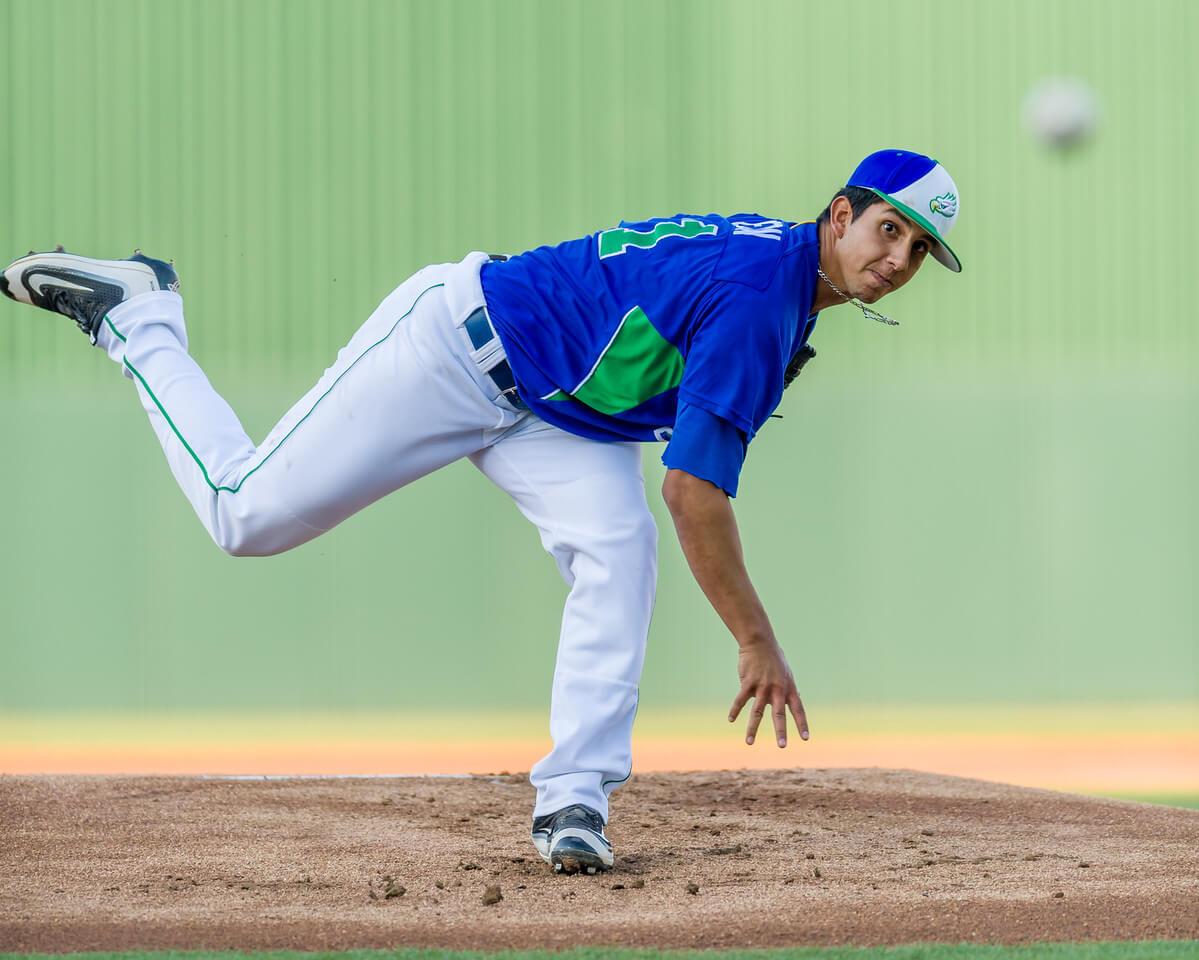 After advancing to its first-ever Atlantic Sun Baseball Championship game with a 3-2 win against No. 2 UNF earlier Saturday afternoon, No. 5 FGCU put together a two-out rally in the ninth, but its postseason run sadly came to an end as it lost to No. 6 Stetson, 5-4, Saturday evening at Lipscomb’s Dugan Field.

Game one against UNF had been tied at two since the bottom of the fourth inning, until Corey Fehribach sent a fastball from UNF reliever Corbin Olmstead beyond the right field fence to give FGCU a one-run advantage.

After retiring the first seven batters of the ballgame, FGCU’s Mario Leon allowed back-to-back singles and issued a walk, loading the bases with one out. With runners on the corners and two outs, Keith Skinner popped out to shortstop, as Leon did a good job to minimize the damage.

Following a UNF pitching change, the Eagles took the lead, as Fehribach drove in Zach Spivey on a sacrifice fly to deep center field. UNF answered in the fourth though, as Corbin Olmstead hit a double to right field, scoring on a RBI single through the right side from Nick Karmeris.

Fehribach blasted the Eagles to the win and their first-ever A-Sun Tournament title game with his solo home run in the ninth.

On Saturday evening, FGCU had a quick turnaround to face No. 6 and undefeated Stetson less than an hour later. The Eagles refused to quit, as they scored a pair of runs with two outs in their last at-bat but ultimately came up short.

With a runner on second, FGCU’s Gage Morey laced a double into the gap in left center to plate Jay Hayes, cutting the deficit to two. Fehribach then singled to score Morey and draw within one. Then, A-Sun Player of the Year Jake Noll drove a 2-2 fastball to deep center field, but Stetson outfielder Vance Vizcaino made a leaping catch, preventing FGCU from tying the game.

Although Stetson wasted no time getting on the scoreboard, the Eagles were quick to respond. Stefano Belmonte hit a single up the middle at the top of the second. Spivey answered, as he sent the first pitch from Hatters pitcher Kevin Fagan down the right field line and over the fence to push the FGCU ahead, 2-1.

However, Stetson extended its lead to 5-2 on a solo home run from Austin Hale in the bottom of the sixth while FGCU went scoreless from the third inning until the ninth-inning rally that ultimately came up short. With the win, Stetson advances to the 2016 NCAA Baseball Tournament.