Baseball stays alive in A-Sun Tournament with win over Kennesaw 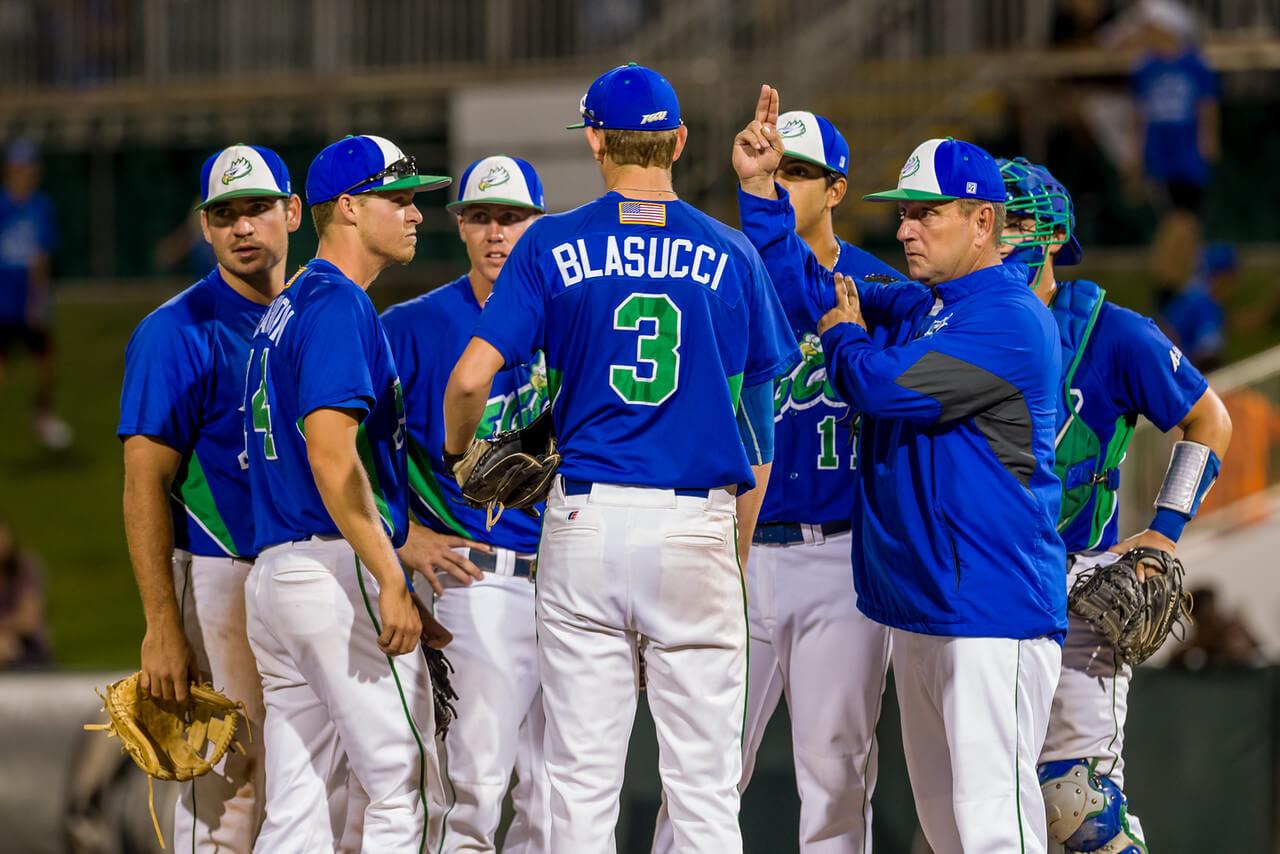 Kenton Hering pitched a career-high 6.1 scoreless innings while allowing only two hits with three walks and five strikeouts to earn the win. Sterling Koerner recorded the final eight outs of the game to preserve the win and earn his fourth save of the season.

After Hering escaped a jam in the first, the Eagles got out to an early lead in the top of the next frame when Gage Morey hit a RBI single back up the middle to score Colton Bottomley from second.

FGCU then extended its lead to 5-0 behind a pair of runs in the top of the sixth and seventh innings. With two outs in the top half of the sixth, Stefano Belmonte hit his first home run of the season, making it a 3-0 ballgame. Next, the Eagles added a pair of back-to-back RBI singles from Jay Hayes and Jake Smith.

After Hering hit a pair of batters and walked another to load the bases with one out in the top of the seventh, Koerner got out of the jam to end the inning with no damage done.

The FGCU offense extended its lead to 6-0 in the top of the eighth when Zachary Orchard drove in Belmonte on a single to right field.

Offensively, Belmonte led the way with a double in the top of the eighth. Matt Reardon went three-for-five with one run scored while Orchard added a two-hit performance with a run scored and another driven in.

Now, FGCU lives to see another day in Nashville as its opponent at 4 p.m. today is yet to be determined. With a No. 3 Jacksonville win against No. 6 Stetson, the Eagles and Dolphins will face off in an elimination game Friday. With a Stetson win, Jacksonville will be eliminated from the tournament and FGCU will face the loser of today’s matchup between No. 2 UNF and No. 4 Lipscomb.