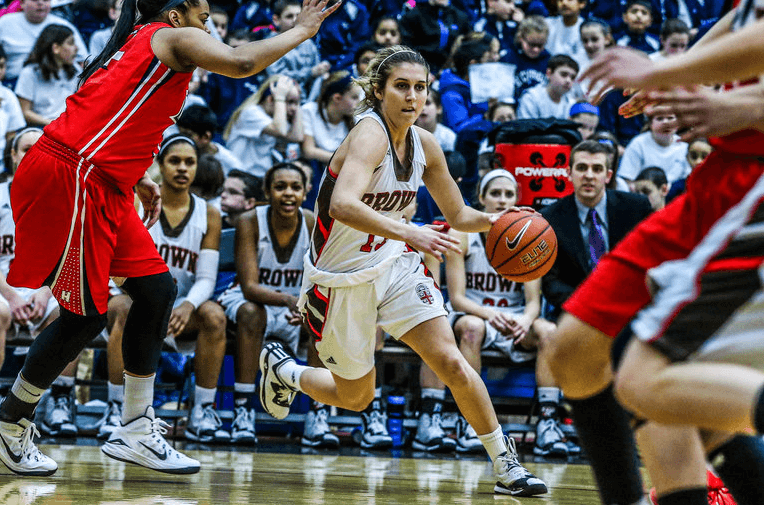 Jordin Alexander plays for Brown during her undergraduate years.

Along with three other transfers added this summer, the FGCU women’s basketball team announced the addition of Brown transfer Jordin Alexander who will join the Eagles for the 2016-17 season. Alexander, who is studying public health, will graduate from Brown this spring before joining FGCU for one year of eligibility for her first year of graduate studies at FGCU.

Adding another Indiana native to the team, the Hamilton Southeastern graduate led her high school team to a 20-0 record and the No. 1 ranking in the state.

Alexander will join newcomers Kady Schrann from Vanderbilt, who will be eligible this season after sitting out last season; Georgia transfer Sydnei McCaskill, who will join the Eagles halfway through the season; Sierra Harley from Owens C C ; and Middle Tennessee transfer China Dow, who will not be eligible until the 2016-17 season.

FGCU will begin its season Friday, Nov. 13 in Greensboro, N.C., as the Eagles take on North Carolina A&T.

The team will return to Fort Myers for the home opener against FAU Tuesday, Nov. 17 with a 7 p.m. tipoff at Alico Arena.