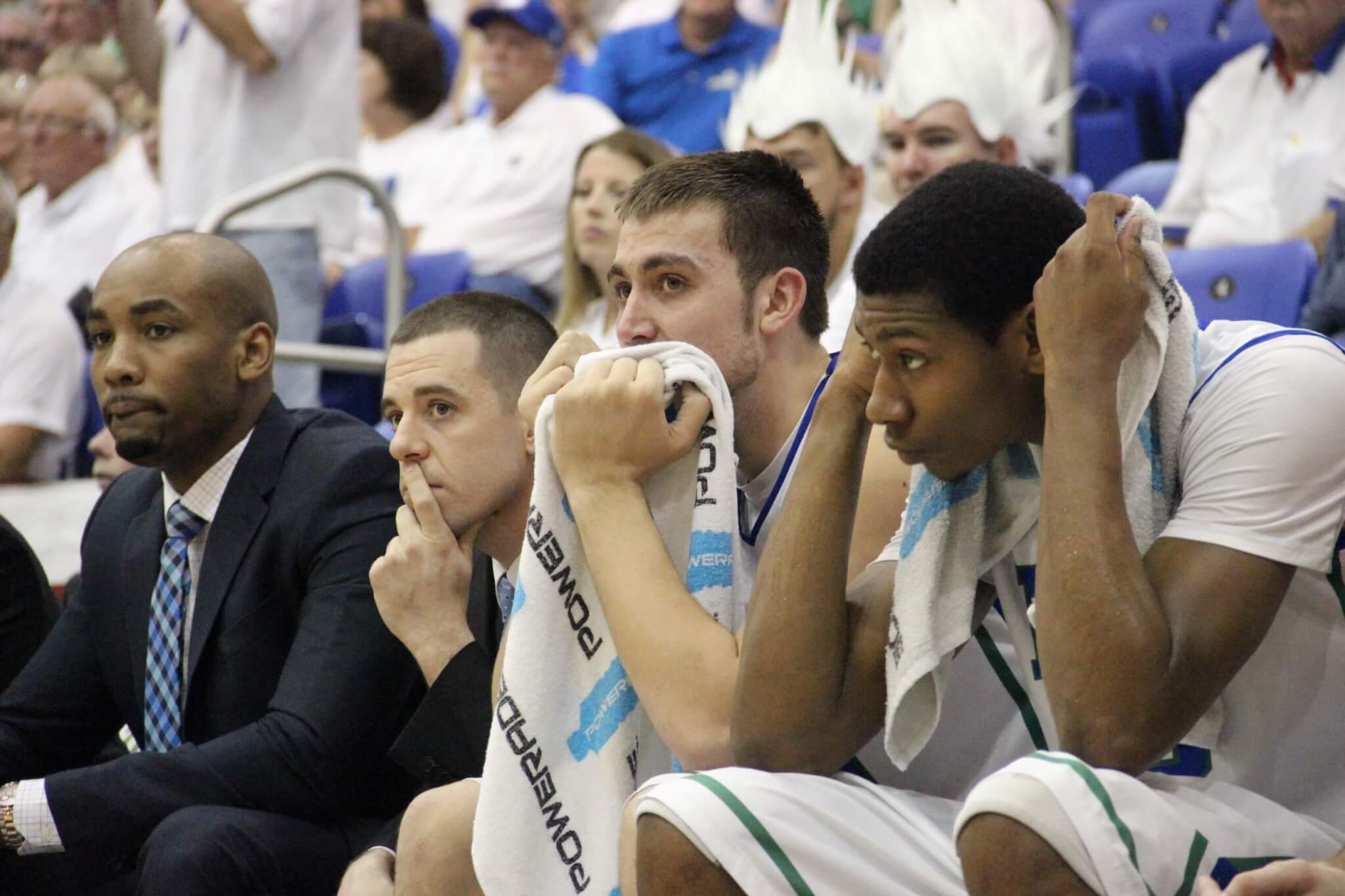 The Florida Gulf Coast University men’s basketball team fell in the Atlantic Sun Conference title game to second-seeded Mercer University, 68-60, in front of a record crowd of 4,702 and a national crowd on ESPN2.

“I’d like to congratulate Mercer on a great season and I hope they play well in the NCAA Tournament,” head coach Joe Dooley said of the Bears, who had lost to the Eagles in the A-Sun semifinals and final the last two years. “It was an unbelievable atmosphere and the fans have been behind us the whole year. We’re obviously disappointed with the result, but a lot of that was attributable to Mercer’s defense. I’d also like to thank our guys; I’m proud that we got this far and I’m looking forward to coaching them in the NIT.”

The Eagles attempted to diminish a 16-point halftime deficit and pulled within one at one point but couldn’t complete the comeback.

The loss sends FGCU to the National Invitation Tournament (NIT). The Eagles will learn their NIT opponent following the NCAA Tournament Selection Show on March 17. The school has put in a bid to host games in the NIT.

FGCU was led Bernard Thompson and Brett Comer who added 14 points each, while the lone Eagles senior Chase Fieler walked off the Alico Arena court possibly for the last time scoring 13 points, and grabbing nine rebounds.

Foul trouble was the key for the Eagles early with Thompson and Eric McKnight both on the bench with two fouls early on in the affair. While the duo was on the bench, Mercer ran away from FGCU, going on 11-0 and 16-2 runs making it a 29-15 Bears’ lead. The Bears stretched that lead to 18 right before the half until Fieler made two free throws bring the score to 33-17. After the half,  FGCU scored 22 of the next 27 points to make it a one-point game, 43-42.

Mercer was led by A-Sun Player of the Year and all-tournament team member Langston Hall scoring 15 points and got seven rebounds. Hall and the Bears receive the A-Sun automatic bid to the NCAA tournament, its first since 1985.