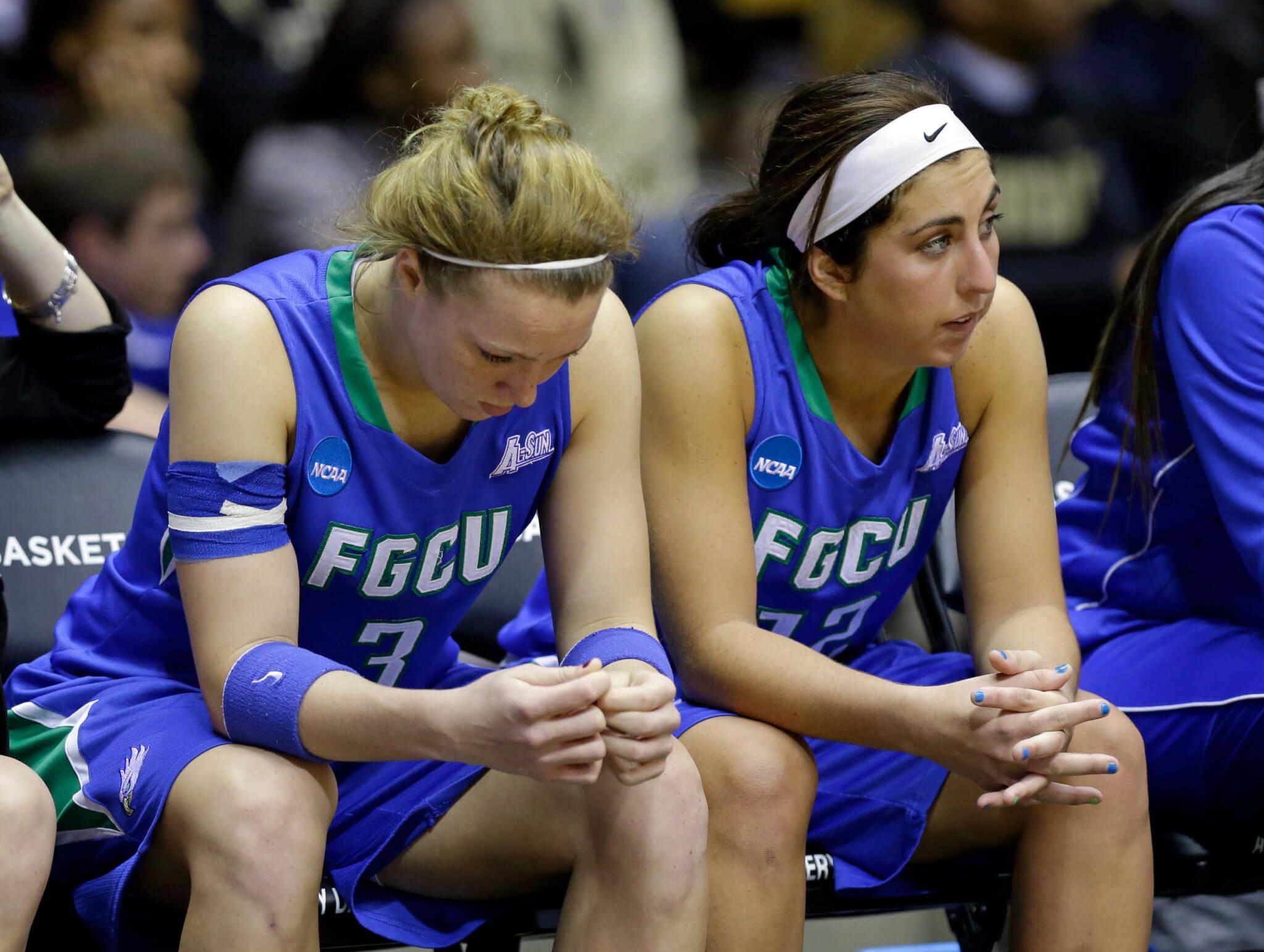 WEST LAFAYETTE, Ind. – As Yogi Berra once said, “it’s like deja vu all over again.”

When the seeding’s were announced it felt like it did two years ago. FGCU received a 12-seed after winning the Atlantic Sun and they were paired up against 5-seeded Oklahoma State. They were playing on a neutral court.

From the beginning everything felt the same. The mood of the team, the atmosphere of the crowd and of course President Bradshaw in his front row seat.

Once the game started it seemed more and more like 2012.

FGCU fell behind early and had to play catch up the whole game.

They eventually tied it and even got out to a 10-point lead late in the second half. They were leading St. Bonaventure by 10 with four minutes left in the game.

They took the game to overtime where they eventually fell.

But this one stung more.

This was the year. Redshirt sophomore Whitney Knight was back from her ACL injury. Coach Karl Smesko had one of the best teams he’s assembled in years. But just like in 2012, they let it slip away.

“Give credit to Oklahoma State they took the game away from us there at the end,” lone senior Sarah Hansen said. “We missed wide-open layups that we usually wouldn’t miss. Today we were nervous going into the game and it came back to bite us.”

Hansen and Knight were the only two players on that 2012 team.

“In my head I was thinking ‘we have to keep this lead, we can’t let it slip away,” Knight said. “They just were able to make one more play at the end of the game.”

That one play, a Tiffany Bias layup for Oklahoma State, is the reason that FGCU is on their way home instead of watching to see who they would play on Monday.

But like in 2012 FGCU returns a lot. Next year they return everyone but Hansen. They also get redshirt freshman Taylor Gradinjan back from her ACL injury.

So despite the fact that this loss hurt, karma will eventually come back around for FGCU. They’ve lost their only two NCAA tournament games in overtime by six points combined. They are destined to win. My guess is it’ll happen sooner than later. I think FGCU will have the best team in years next year and be a serious contender in the NCAA tourney.