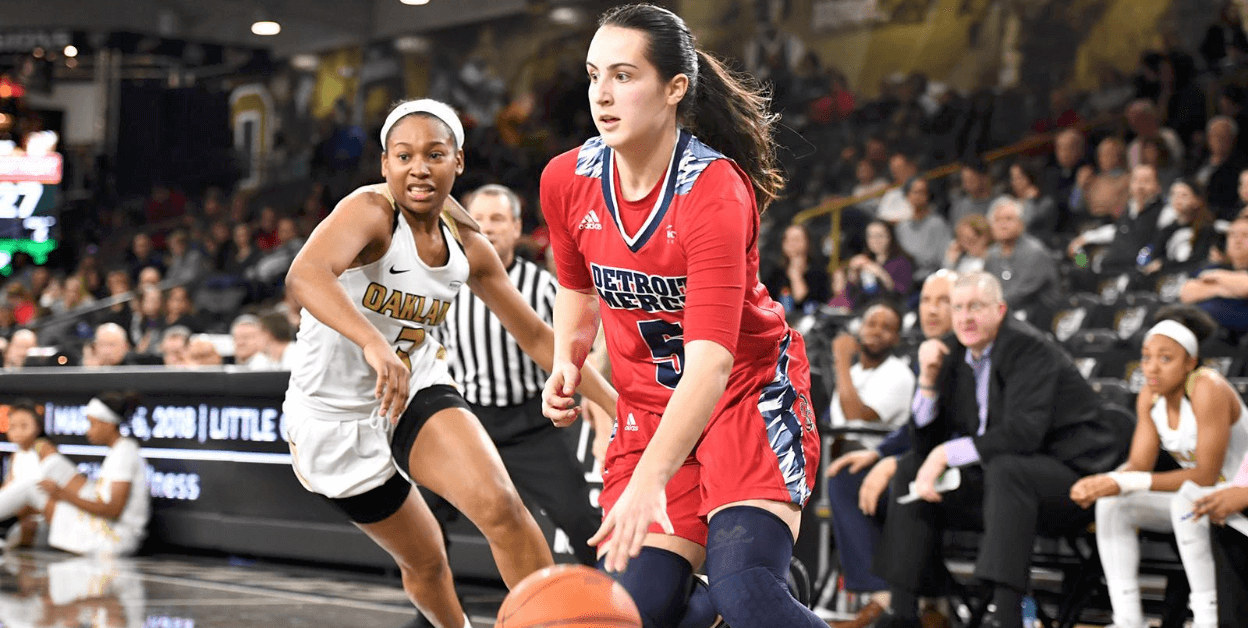 Anja Marinkovic of division-I team Detroit Mercy University has signed with FGCU’s Women’s Basketball team as a transfer. Marinkovic, a Serbian-born guard, led Mercy’s team in 3-pointers as a sophomore this past year. She recorded nine games with four or more makes last season.

“Anja is a very skilled offensive player,” FGCU head coach Karl Smesko said to the FGCU Athletics media team. “She is a major 3-point threat who can also attack the rim. She will be very successful in our system.”

NCAA transfer rules state that Marinkovic will have to sit out the upcoming 2018-19 season, but she will have two seasons of eligibility following this one.

Marinkovic, along with recently signed Emma List (Albany), will be one of seven division-I transfers on the roster next year. The other five are Davion Wingate (Stony Brook), Kerstie Phills (Wagner), Keri Jewett-Giles (Southern Miss), Tyra Cox (William & Mary) and Lisa Zderadicka (Houston Baptist). Erna Normil of FSW will also be joining the team as a junior college transfer.

“I chose FGCU because of the people, and I believe the coaching staff can help prepare me to play professionally overseas,” Marinkovic said of her decision to transfer.

Marinkovic is studying for a doctorate in physical therapy and hopes to one day play professional basketball overseas.