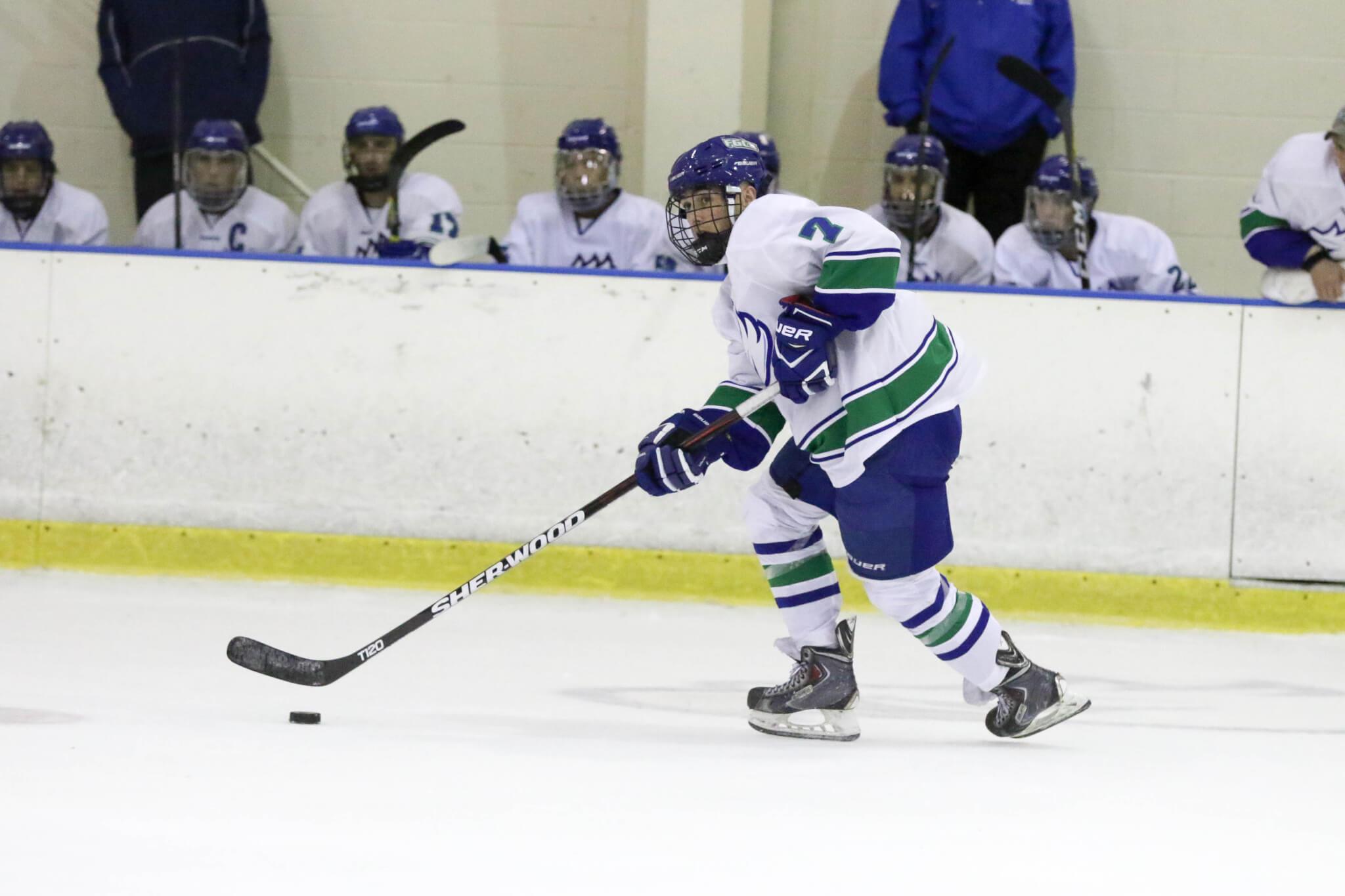 The FGCU DII men’s hockey team took on the Sacred Heart Pioneers Friday, Nov. 18 and Saturday, Nov. 19 in a back-to-back weekend home stand before the Thanksgiving break, picking up their 10th and 11th wins of the season.

The Eagles remained unbeaten with their 5-1 victory in the first matchup where goalie Tyler Tracy saved 23 of 24 shots on the night. Pioneers goalie Brandon Rozzi was busy in net, as he got the loss saving 45 of 50 shots.

Game two saw Tyler Tracy picking up the win after coming in for Bradley Rambhajan after he left in the second period with an injury. In the much more physical bout, two Eagles were ejected, but FGCU was still able to pull off a 6-2 victory in front of the home crowd at Germain Arena.

The Eagles started the first game off strong, firing on all cylinders, but were unable to get on by Rozzi, as he came up big, saving a series of Eagles’ shots in a minute’s span around the nine-minute mark. The Pioneers got into penalty trouble for roughing an Eagle in the corner at 7:55, but, again, Rozzi and the Pioneers’ defense held strong.

The Eagles finally got on the board at 4:32 when David Wong fired a wrister blocker side on Rozzi. FGCU took a narrow 1-0 lead into the intermission although they outshot the Pioneers by more than double with a 16-7 advantage.

Wong didn’t wait long before getting on the board again in the second, and Josh Koerner would add another tally after banking a shot off of the post and a Pioneer defenseman to extend the Eagles lead to three.

In the third, Koerner would add a shorthanded goal to complete his natural hat trick, sending hats raining onto the ice in celebration.

Early on in the second game, Wong continued his hot streak, getting on the board 50 seconds into the game. The Eagles kept applying the pressure but were unable to tally another before Sacred Heart was able to tie it up at 11:10 of the first period of play.

The Eagles took a 2-1 lead into the first intermission though, off another shorthanded Koerner goal.

Koerner went on to use the extra ice in the second on the 4-4 to give the Eagles a 3-1 lead.

Things took a turn when Eagles goalie Rambhajan took a shot that deflected up under his neck but was able to leave the ice on his own power. Tracy manned the pipes in relief.

Again on a 4-on-4, FGCU was able to make use of the extra ice when Wong came into the zone and took the puck to the bottom of the circle before ringing it off the post and off a Pioneers defenseman before finding its way to the back of the net to put the Eagles up 4-1.

Koerner found the back of the net again before the end of the period, cleaning up Wong’s rebound and getting his second hat trick in back-to-back games.

Compared to the second, the third was far more laidback, with both teams scoring a goal. Josh Leonard was able to score a wraparound early to extend the lead to 6-1 for the Eagles. The Pioneers would sneak one by Tracy. But, it wouldn’t be enough, as the Eagles picked up their 11th win of the season.

The Eagles are back at 8:30 p.m. both Friday, Dec. 2 and Saturday, Dec. 3 when they take on the University of St. Thomas at Germain Arena.