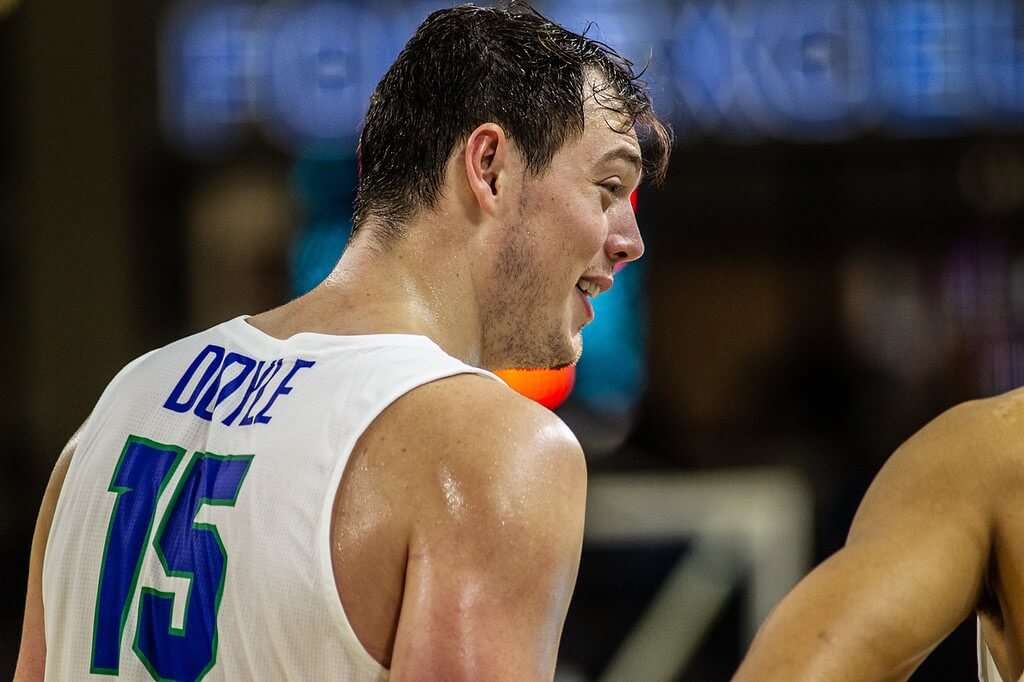 It was reported on Monday morning that redshirt senior Ricky Doyle of FGCU men’s basketball will miss the remainder of his final collegiate season due to a congenital back issue.

“We’re really frustrated for Ricky, but I told him I hope he can find some peace knowing that all he has been dealing with physically for the past few years is out of his control,” said FGCU men’s basketball head coach Michael Fly. “Ricky is a great student, person and representative of our program. He will always be part of our Eagle family. I look forward to his next step and maintaining a relationship with him for years to come.”

Doyle transferred to FGCU from the University of Michigan during the 2016-17 season and has played for the Eagles for the past two seasons.

He has scored 39 points overall, while also recording 21 rebounds and carrying an overall shooting percentage of 46.9 percent from the field.

As a redshirt junior, Doyle ranked third on the team in field goal percentage with a .558 percent from the field (53-95). He also started 13 of 26 games played and led the Eagles in blocks with 20.

Prior to his FGCU career, Doyle played in 67 of a possible 68 games throughout two seasons with the University of Michigan, starting 30 of these games.

He averaged 4.9 points, 2.5 rebounds and shot 62.4 percent from the field, also reaching double-figure points in 10 games.

“I would like to thank everyone – from my teammates, coaches, staff members, and fans – for everything they have done to help me become who I am today,” Ricky Doyle said. “This isn’t something I ever thought would happen, but I have to understand it is out of my control and I just need to keep moving forward.”

The FGCU men’s basketball team, though suffering the loss of prominent player in Doyle, will head back to the court to play Kennesaw State University in Kennesaw, Georgia on Saturday, Jan. 19 at 4:30 p.m.