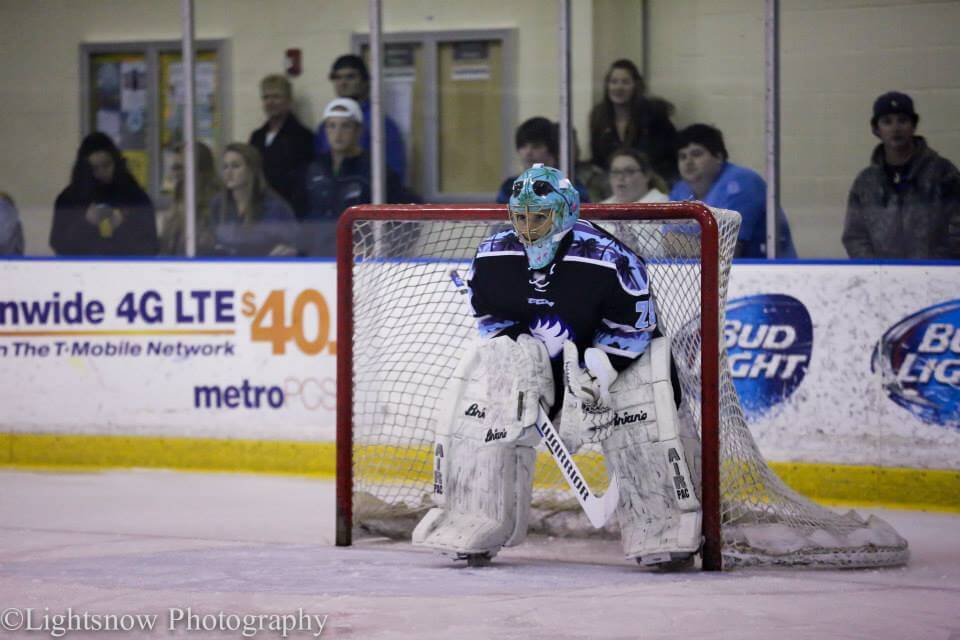 The national tournament will feature a pool play format. There will be four groups containing four teams. The team that wins the most games will advance to round two. Each team will play all other teams in their pool, with the winners of each pool advancing to the national semifinals. FGCU will face Northeastern University, Missouri State and Utah.

“They (Northeastern University) have a passive trap system, three of the players position themselves to try to create turnovers by forcing you into passing to an area they have coverage.”

Another team that the Eagles will play in their pool is Missouri State.

“They have a very good skating good forechecking team.”

Brinkworth says the team will lean on the strength of its goaltending to win the close games. The team has had excellent goaltending with Mike Reed leading the way in the regular season with a 1.85 goals against average and a .944 save percentage.

“It just brings confidence throughout the team knowing that if the goaltender sees the puck, he is normally going to make the save. It allows a little more time and confidence in our end of the ice, to make sure they don’t get point blank shots against us.”

Brinkworth says his team is up for the challenge of winning another championship.

“We have a very good skating team, a very good passing team and we have some skill on the top lines. They are an absolutely committed group of athletes,” Brinkworth said. “The work ethic as a team is the best that I’ve had in 13 years. I know that when the going gets tough they play harder.”