Eagles defend No. 1 spot in A-Sun against UNF 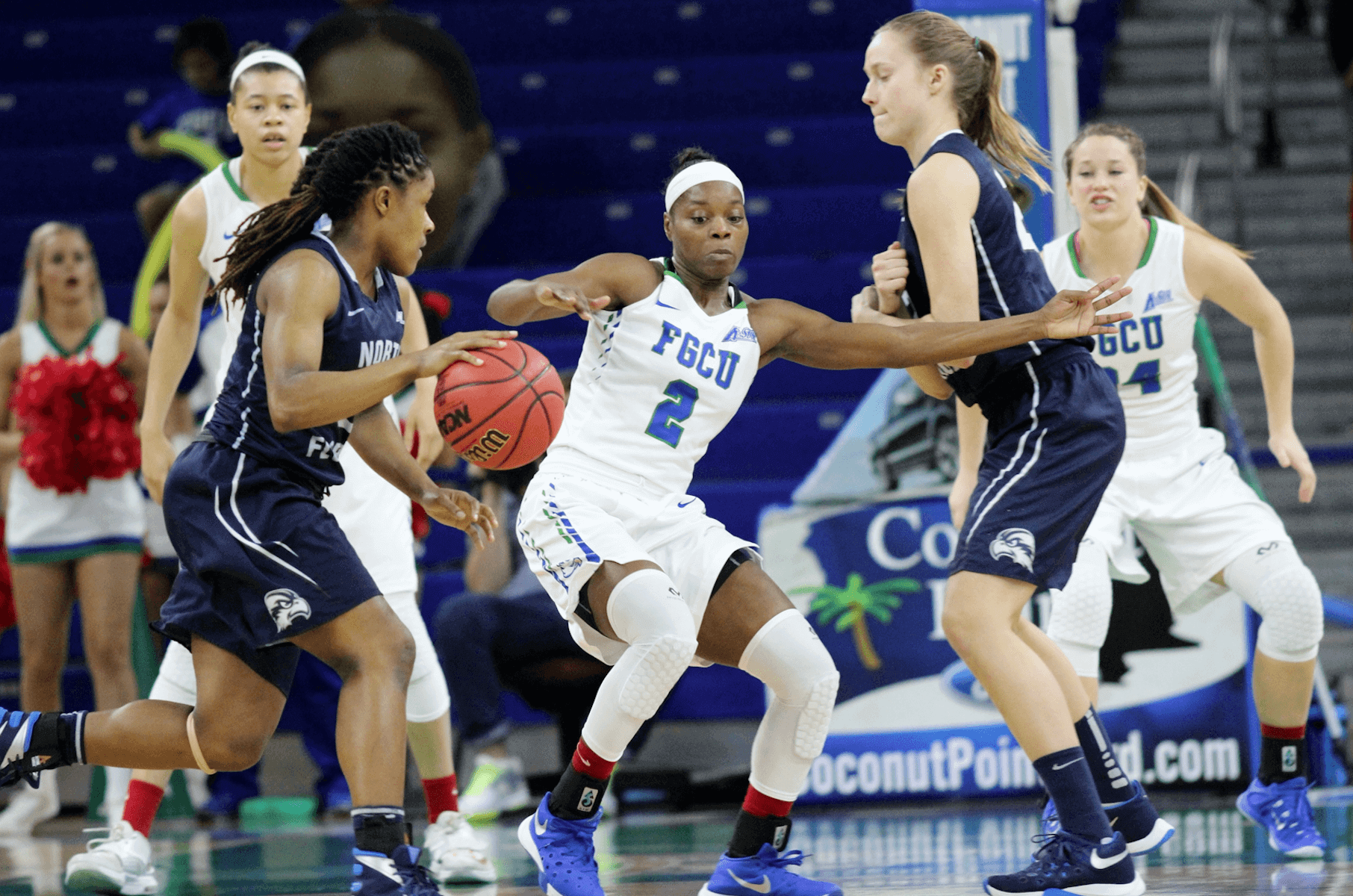 FGCU center Whitney Knight led the FGCU Eagles to a 75-50 victory on Saturday, Feb. 6. She didn’t miss a beat, despite having spent weeks on the bench for a foot injury.

FGCU extended its record against the UNF Ospreys to 18-2 and its conference record to 8-0. The Eagles came into the gate running, finding their double-digit lead early in the first quarter and hitting three threes off the bat. From there, it only grew.

Knight put 13 points on the board and went 50 percent from the arc to defend the reining Eagles’ A-Sun title and home court. After Saturday, Knight now holds the FGCU all-time block record and is in third for the FGCU all-time rebound record.

Stephanie Hass followed closely behind Knight on Saturday, putting up 12 points throughout the game, 7 in the first half.

“I thought we played really well early,” Head Coach Karl Smesko said. “That got us to a comfortable lead.”

A 17-point lead marked halftime, and the teams retreated — the Ospreys desperate for a new game plan.

Coming out for the third, UNF found 14 points, but that wasn’t enough; the Eagles put 22 points up.

“I give North Florida a lot of credit,” Smesko said. “They executed and found some looks. They tried a lot of difference defenses. I thought we did a good job taking care of the basketball. We got good shots just about every time down the floor.”

The final buzzer rang as the LED scoreboard glowed with a final score of 75-50.

“It wasn’t till the very end that we really extended the lead,” Smesko said.

The Eagles will take to the road next week to play Jacksonville on Wednesday, Feb. 10.

“In our last six games, we have to go on the road to all the tough teams,” Smesko said. “We’ve got to make sure we understand we can’t slip up anywhere.”

The Eagles hosted JU on Feb. 4, taking a 19-point win. After Wednesday’s game, the Eagles will have five more games until A-Sun championship play begins.

“We want to continue to be the best team in the A-Sun,” Knight said.