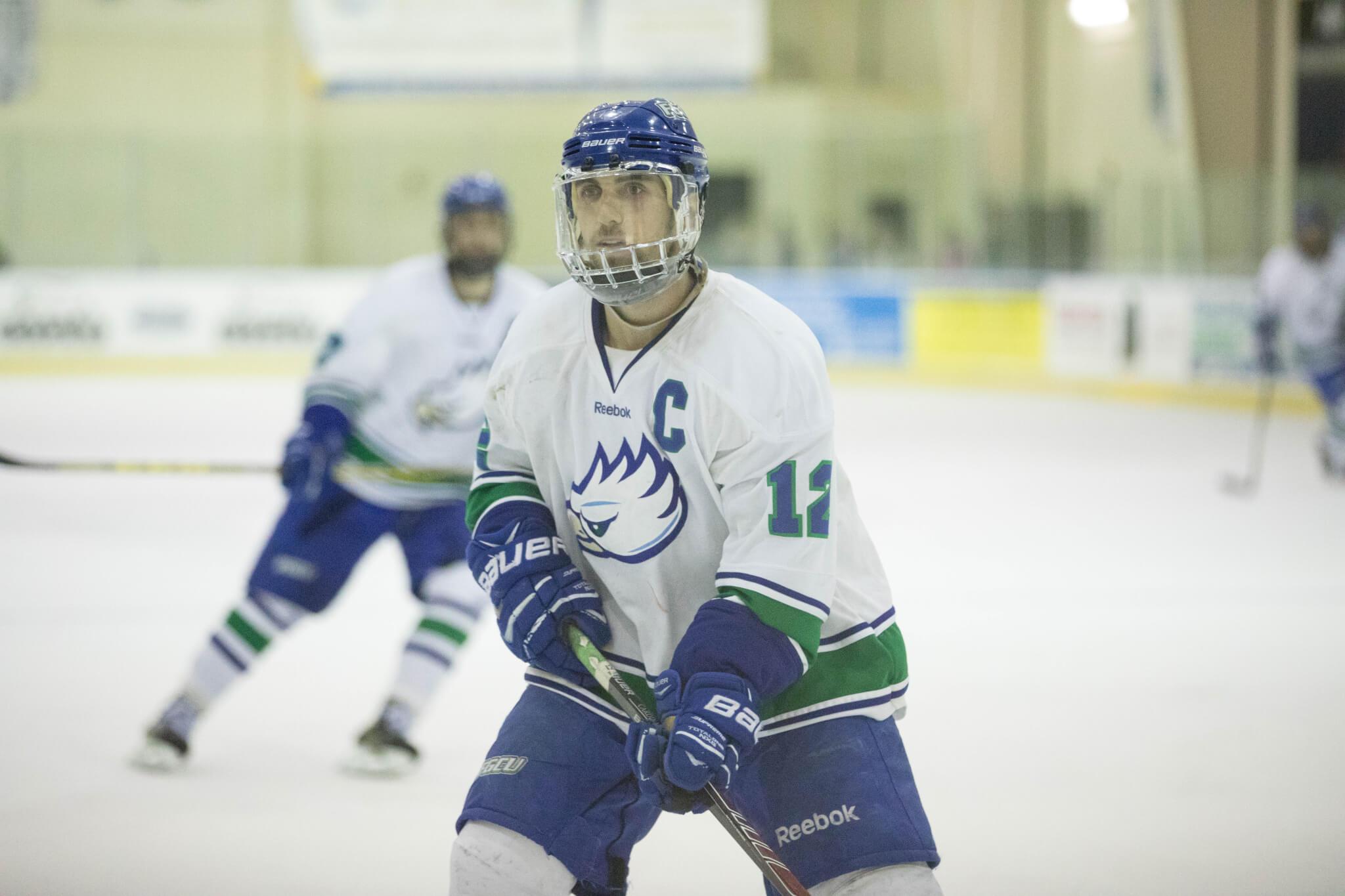 The Eagles were back and looking for vengeance. And, they did just that at home, taking both wins on the weekend, as they continued to win at home in every game so far this season. With the Eagles picking up a 7-0 win on Friday and a 6-1 victory on Saturday, it was clear the Eagles took the road loss with a grain of salt.

Tyler Tracy stood tall on Friday, saving all 32 shots and picking up a shutout. While Bradley Rambhajan had arguably his best game of his season Saturday, stopping 40 of the 41 shots fired his way, with his only goal allowed coming on the power play.

With 13 goals scored on the weekend, there were plenty of points to go around. On Friday, 11 players registered a point. Jordan Klotz would score three goals for a hat trick yet again, as he has done numerous times this season. While Michael Chemello and Nathan Pelligra would both dish out three assists. Second-semester pickup Ty Lasker continued to add to his point total as well, picking up two assists on the night.

Saturday wasn’t much different from Friday, as the Eagles proved once again how unstoppable their high-scoring offense is at home, scoring six goals.

Eight different players tallied a point, with the Eagles also netting two shorthanded goals. Pelligra capped off his impressive weekend with a five-point night, involved in five of the six goals scored.

The Eagles are back in action for their last home series of the weekend, as they take on UMASS-Amherst on Friday and Saturday at 8:30 p.m., before going to Southeast Regionals two weeks later, from February 24 to 26, as they look to repeat their championship run from last season.