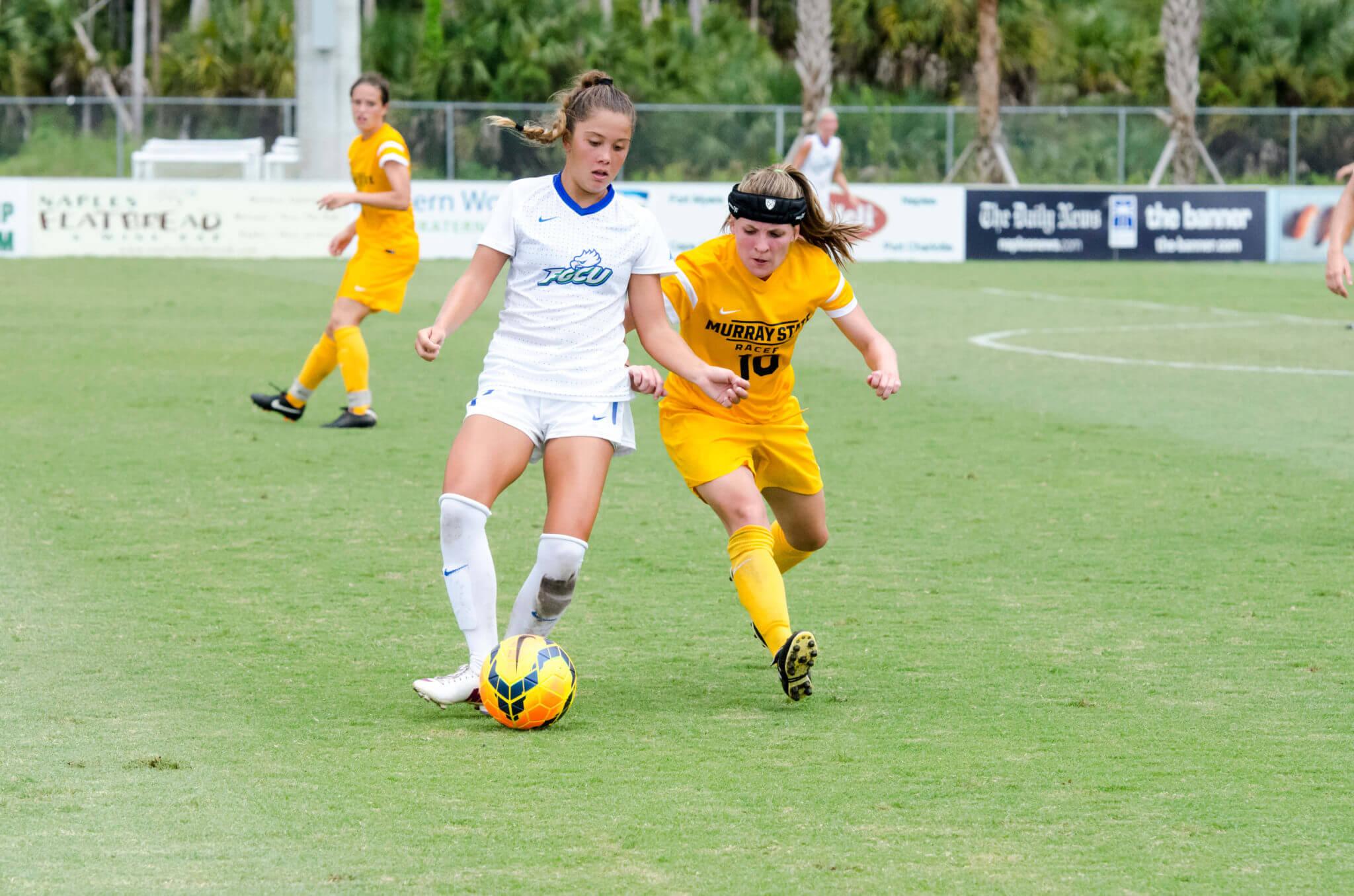 The Florida Gulf Coast University women’s soccer team will face the Texas A&M Aggies at 7 p.m. Thursday, Sept. 11 at the FGCU Soccer Complex. The Aggies are currently 4-1-1, going undefeated for the first four games of the season before ending their fifth game in a draw and losing Sept. 7 to Arizona State. Aggies goalkeeper Renee McDermott has earned two shutouts this season.

The Eagles defenders need to keep a close watch on Aggies senior forward Kelley Monogue. Last week Monogue was selected as the SEC Offensive Player of the Week. She has 16 shots on goal for the Aggies, along with six goals scored and four assists.

The FGCU women’s soccer team earned its second shutout against the Murray State Racers 4-0 on Sept. 7. The first shutout happened in Miami against Florida International University on Sept. 3.

It was a rough start for the Eagles, but they were able to stay in the lead the entire game. FGCU forward Tabby Tindell scored the first and only goal in the first half of the game putting FGCU in the lead.

Tindell scored two goals in the game, followed by midfielder Paulina Speckmaier and defender Melissa Arnold, who each scored one goal.

“The first half was kind of difficult. We didn’t really have our momentum, but once we got to the second half and settled down, we realized we were the better team,” Speckmaier said.

This has been an all-around successful season for the Eagles, who have defeated Miami, FIU and Arizona for a 4-1 record.

Coach Jim Blankenship only hopes that they continue to grow as a team and continue on as successfully as they have in their previous games.

“There is no endpoint to development and we want to grow as a team and as individuals and get better,” Blankenship said.