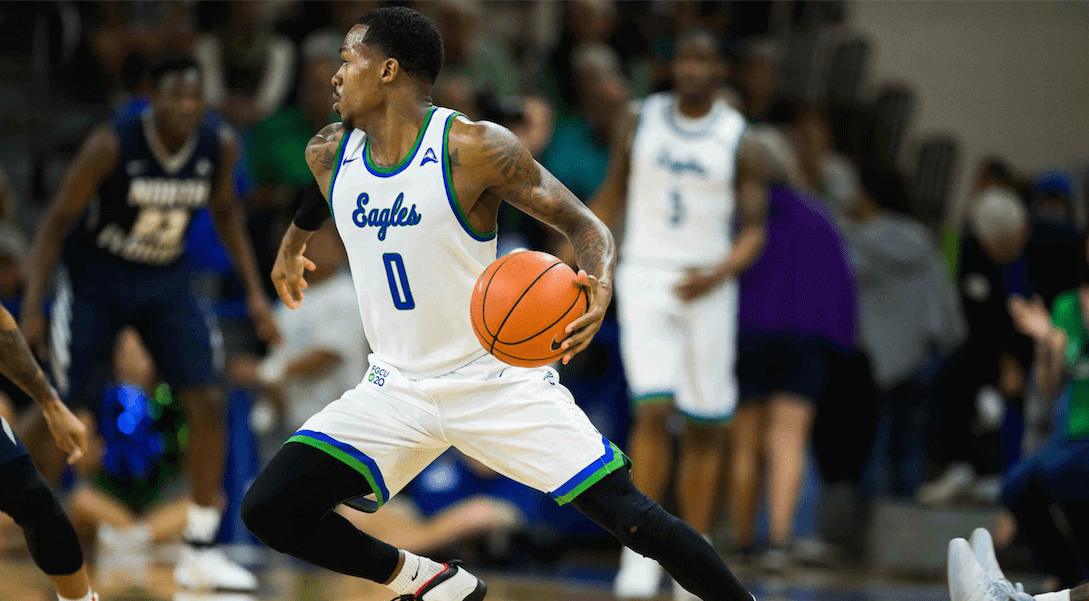 EN Photo by Brad Young // Brandon Goodwin makes a cut to the basket in a game against North Florida.

The Most Outstanding Athlete award began during the 2002-03 season when the university became an NCAA member. The award honors the best FGCU male and female athlete(s) for the previous season and is presented at the annual Welcome Back Picnic, which will take place on Aug. 27 this year.

Department staff members select nominees as the best among FGCU’s 15 programs who have earned all-conference first team honors or better and have been named as a league of superlative player of the year in their respective sport.

Goodwin marks a milestone for men’s basketball as he becomes the first men’s basketball player to earn the award since 2013, when it went to Sherwood Brown. Him and Brown are the only two players in the Division I era, which began in the 2007-08 season, to earn this award.

Parks becomes one of three women’s soccer players to win or share the award in the past four years, while Carroll makes program history as the first-ever volleyball player to win the award.